ALBUQUERQUE, N.M. – The rain at Balloon Fiesta may have put Wednesday morning’s mass ascension on hold, but it did not stop the emotional union of three families.

They’re connected because of a tragic car crash that killed two young women earlier this year. Now, their loved ones explain how the gift of organ donation brought them all together.

“Kelli invited Chelsea to the Balloon Fiesta for the first time in 2018, and Chelsea just fell in love with it,” said Erica Valladares, mother of Chelsea Valladares.

But the last time Chelsea and Kelli Ingle would get to experience the magic would be in 2021.

“I love like, the balloons in the background and just their big, huge smiles,” said Erica Valladares. 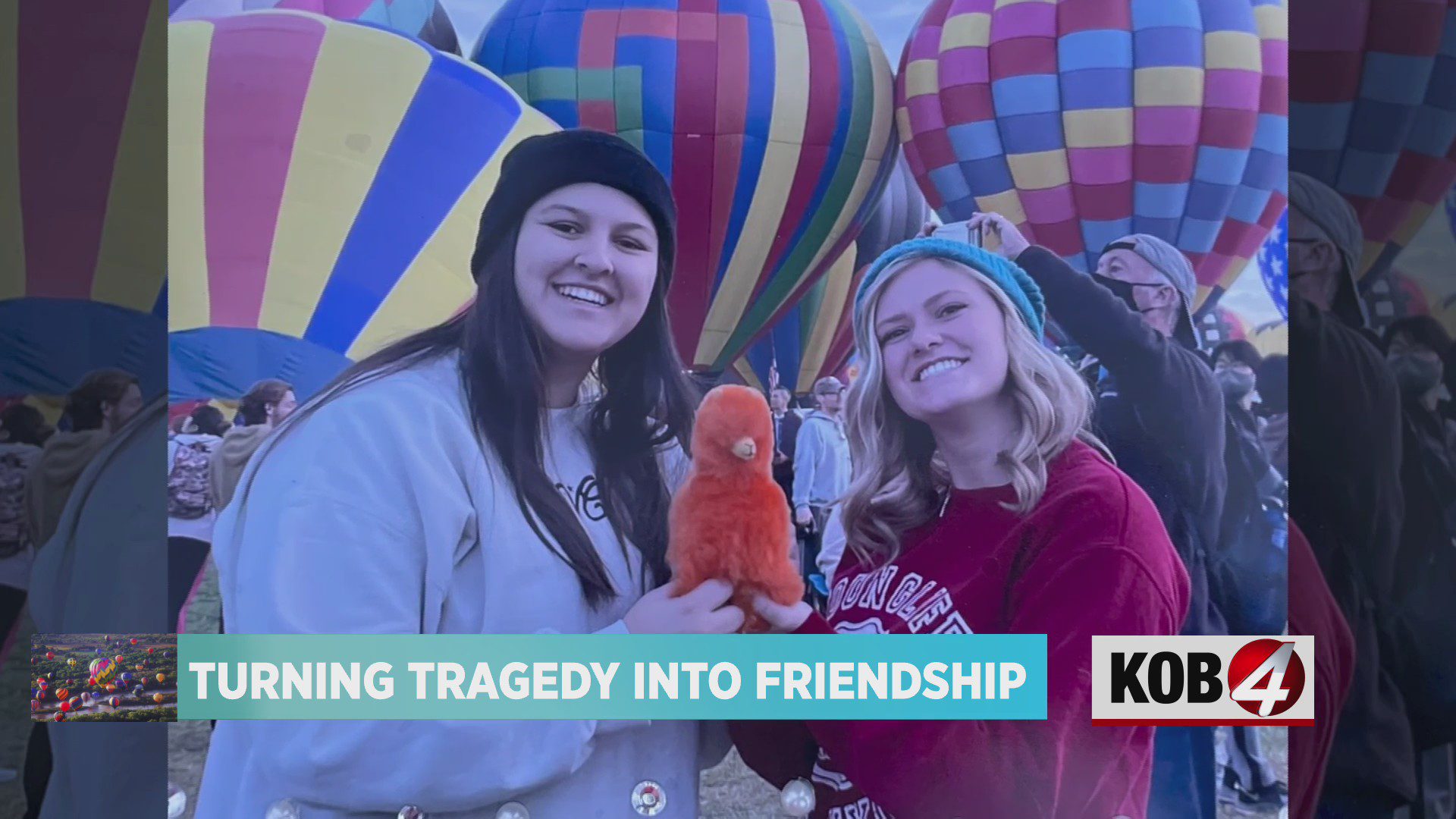 The two friends were killed in a car crash near the New Mexico and Arizona border in April.

So this year, their families are at Balloon Fiesta Park together in their honor. But also, to meet a third family — who they share a special connection to — for the very first time in-person.

“I attend a Bible study here, and we’ve been praying since September for a liver for Kristen,” said Jackie Hanko, mother of Kristen Marshall.

“Their Bible study had been praying for their daughter to get a liver. So, when they were at the hospital with us and found out that Kelli was an organ donor, they asked if we could designate her organ, her liver for her,” explained Kristy Ingle, mother of Kelli Ingle.

Marshall says she was so sick she doesn’t even remember the procedure that saved her six months ago.

“The one gift that I saw through it all was she’s got a little two-year-old. She’s gonna be three and he has his mama, and she has him, and they were the best thing for each other and that wouldn’t have been possible if it wasn’t for Kelli,” said Hanko.

A miracle that the Marshalls, Ingles, and Valladares families say has bonded them forever.

“We just don’t, we just don’t realize that what we do will be a legacy that’ll live past us always,” said Gary Hanko, father of Kristen Marshall.

And the touching words that Chelsea wrote on that long drive back to school from her very first fiesta will live past her in this year’s 50th anniversary program.

The Marshall family was supposed to go up in the balloon sponsored by New Mexico Donor Services Wednesday morning before the rain settled in.