ALBUQUERQUE, N.M. — The families of students that were injured when a Mustang crashed into an Albuquerque Public Schools bus are filing a civil lawsuit.

The parents have filed a suit against Mario Perez, who police said was driving recklessly when he slammed into the bus filled with George Sanchez Middle School students in February.

The lawsuit alleges Perez was “traveling above the posted speed limit,” which is what witnesses told investigators at the scene.

The bus driver told Albuquerque police the white Mustang Perez was driving came out of nowhere when the bus crossed the intersection at Gibson and Messina. 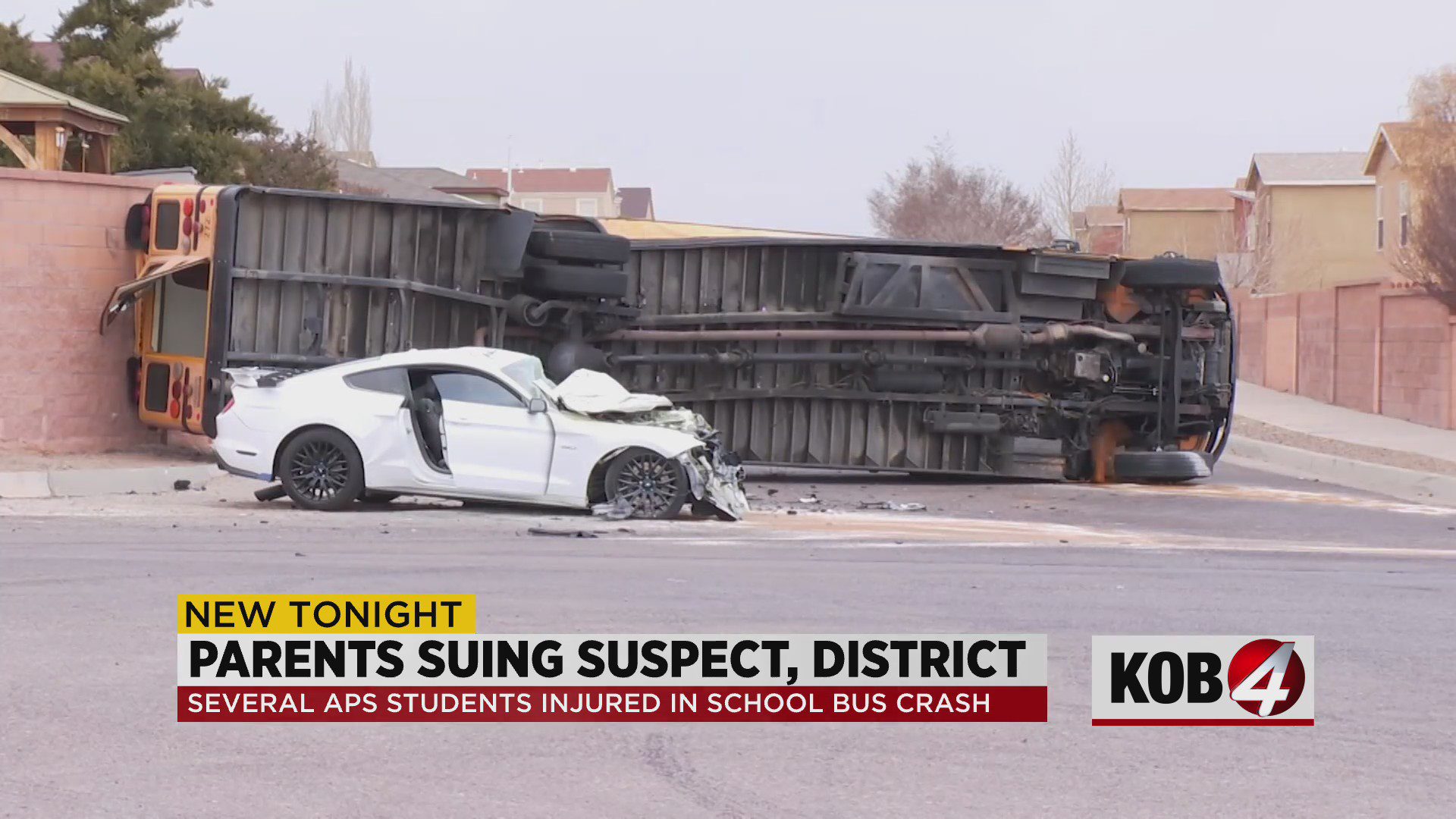 “And I proceeded to clear it and by the time I had pretty much cleared it, the guy came and hit the back end of the tires. I was almost across already,” said Jaime Rios, APS bus driver.

The lawsuit also points to the bus driver – saying he “failed to yield to passing traffic, resulting in the collision which caused the APS school us to flip on its side.”

Seven students were taken to the hospital with injuries from bruises to broken bones.

KOB 4 reached out to the attorneys representing the families and they declined to comment.

Perez appeared in court virtually Monday, where his attorney entered a not guilty plea. This is to the recent 17 charges of child abuse he is now facing for the February crash.