Pay It 4ward: Janitor thanked for helping children in Ukraine

ALBUQUERQUE, N.M. – We’ve been seeing devastating images out of Ukraine for months, and many people in New Mexico have stepped up to help.

This week’s Pay It 4ward is to help a school janitor who’s helping to make a difference.

Just two weeks after Russia’s invasion of Ukraine, 10-year-old Coen and his family decided they needed to help.

“It is a Ukraine heart and it says ‘children’ in Ukrainian,” said Coen.

His mom came up with the idea, his dad made the stickers, and the children were in charge of selling them. 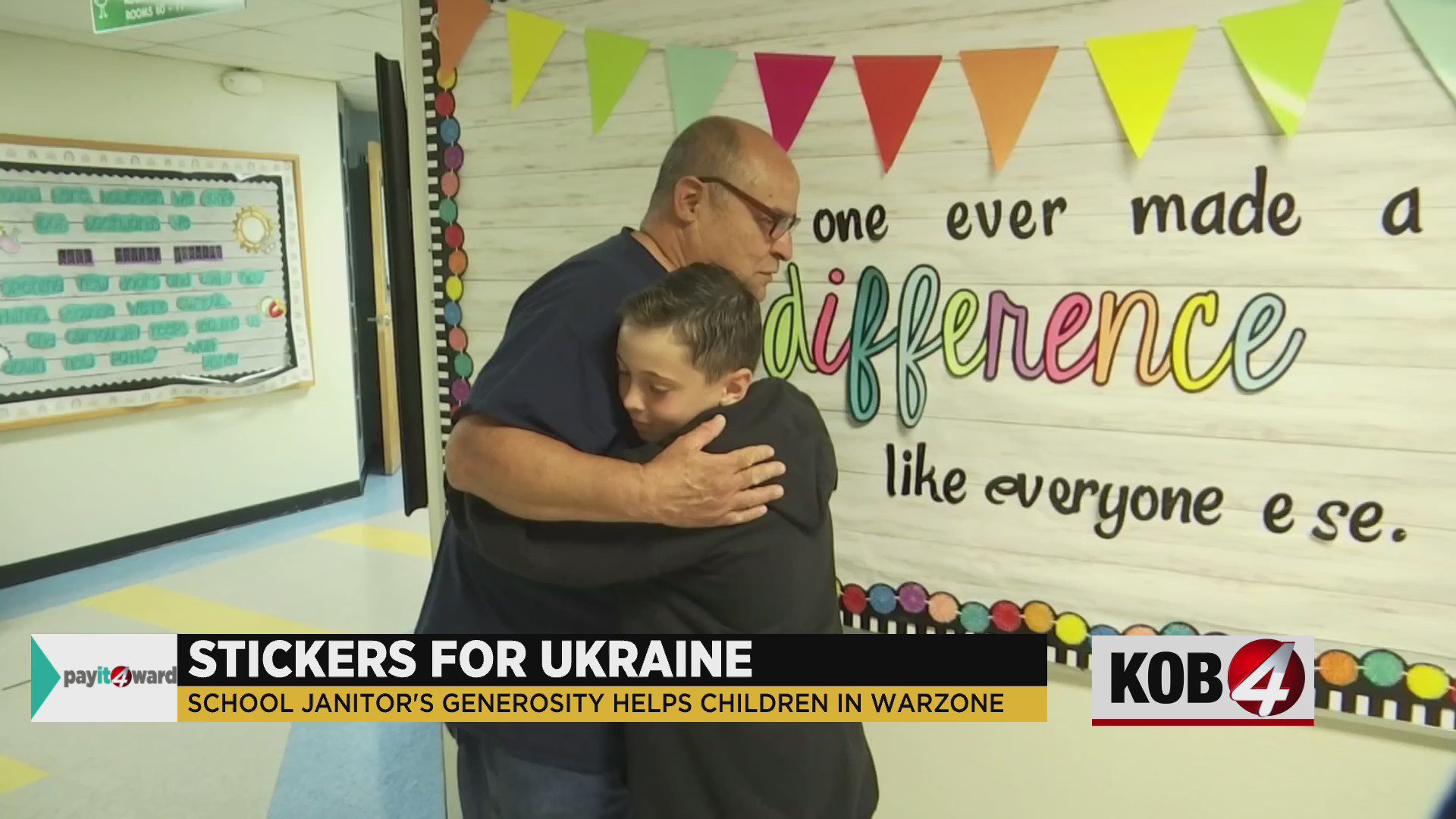 “A fundraiser and so it was basically focused on children helping children,” said Sarah Mcintosh-Rettinger, Pay It 4ward nominator.

“100% of the proceeds go to a couple of different organizations to help children directly in Ukraine.”

By the end of the school year, Coen was able to raise more than a thousand dollars all by himself.

“After school, I just went around the school when teachers– I was trying to do it when they weren’t busy and try to sell it to as many of them as I can,” said Coen.

But here’s where this Pay It 4ward takes a turn because we’re not here to surprise Coen. In fact, Coen’s mom called us to thank James Sanchez.

“James is really hardworking. He’s a janitor and that helps the school a lot and he’s been buying the stickers a lot. He’s been helping Ukraine and he’s a great janitor,” said Coen.

Every day, Sanchez would ask Coen for a sticker.

“Even when I offered it for free because he kept buying it. He wanted to help out and just buy it,” said Coen.

“James would put it on his shirt every day,” said Sarah.

“James, since you’ve been helping buying the stickers from us to help Ukrainian children, we wanted to surprise you with $400,” Coen said.

“Thank you well, thank you very much,” said Sanchez. “I just pray for those people for those people in Ukraine that everything works out and keeping them in my prayers and stuff, I’m very concerned for them.”

This is Sanchez’s 14th year with Albuquerque Public School and the children love him.

His message to others?

“Just help do the best you can to help out, you know? People that are in need around the world,” Sanchez said.