ALBUQUERQUE, N.M. – Patrick Long has owned “Dad’s Fine Jewelers” in Albuquerque for 31 years. He’s seen a lot of customers come and go, but one, in particular, left a permanent mark on his family.

“He just stumbled in here for doing some jewelry work,” said Long, Pay It 4ward nominator.

The two men started talking about the military, and Long had little information about his great uncle who served in World War II.

“He didn’t have any kids but he had a niece and nephews and that was my mother,” explained Long.

He was from Magdalena, New Mexico, and died as a prisoner of war. 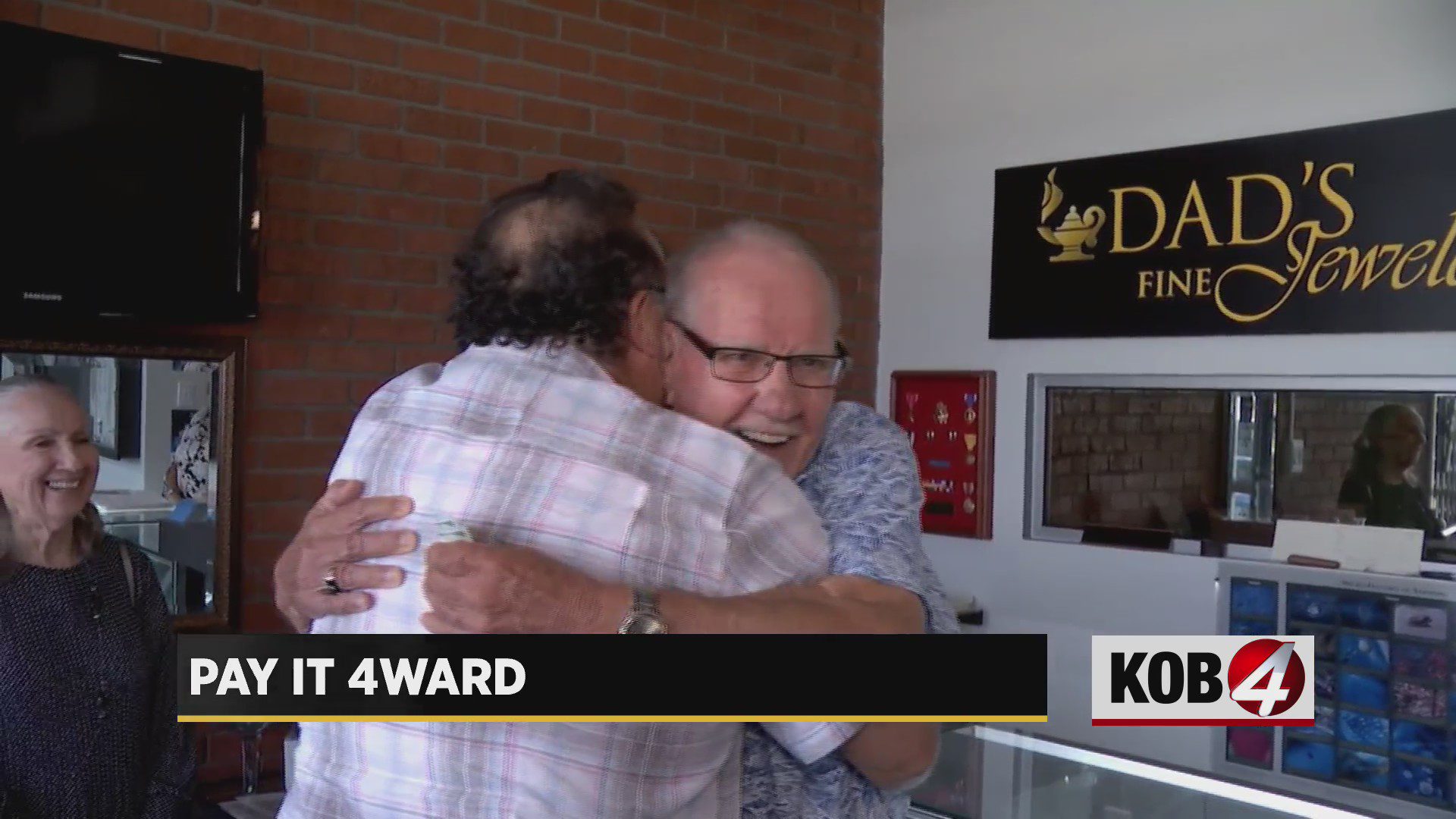 Long unsuccessfully tried to get his name on a monument in Albuquerque. He thought his uncle’s sacrifice would go unnoticed until he met Rod Kontny.

“He says well let me see that letter and he said we’re gonna find out,” said Long.

Kontny spent a year learning everything he could about Long’s uncle, Captain Jerry Gonzales.

“I found out why he’s not there but I also found he is a captain and his marker’s wrong and he deserves these five medals he never received,” Long said.

Long now has the medals, including a Purple Heart, and his uncle has a new gravestone in Santa Fe– all thanks to Kontny.

“It’s really touching what he did and he never wanted any money,” said Long.

Long wanted to make sure the man who never forgot about the heroes wasn’t forgotten about either so he decided to Pay It 4ward with $400.

Watch the video above to see Kontny’s reaction.