Again, this is guidance, schools will decide if or how students are punished for their behavior.

Advocates say sending students home can have many negative effects.

Emma Green was hired in May as the department’s first prevention, response and resiliency coordinator. And it was she who spearheaded this effort in her newly-created position.

“Any time a kiddo isn’t in their classroom learning, they’re falling behind, they’re starting to disengage, especially when they’ve been suspended or expelled. There’s this feeling that they’re not welcome,” said Green. 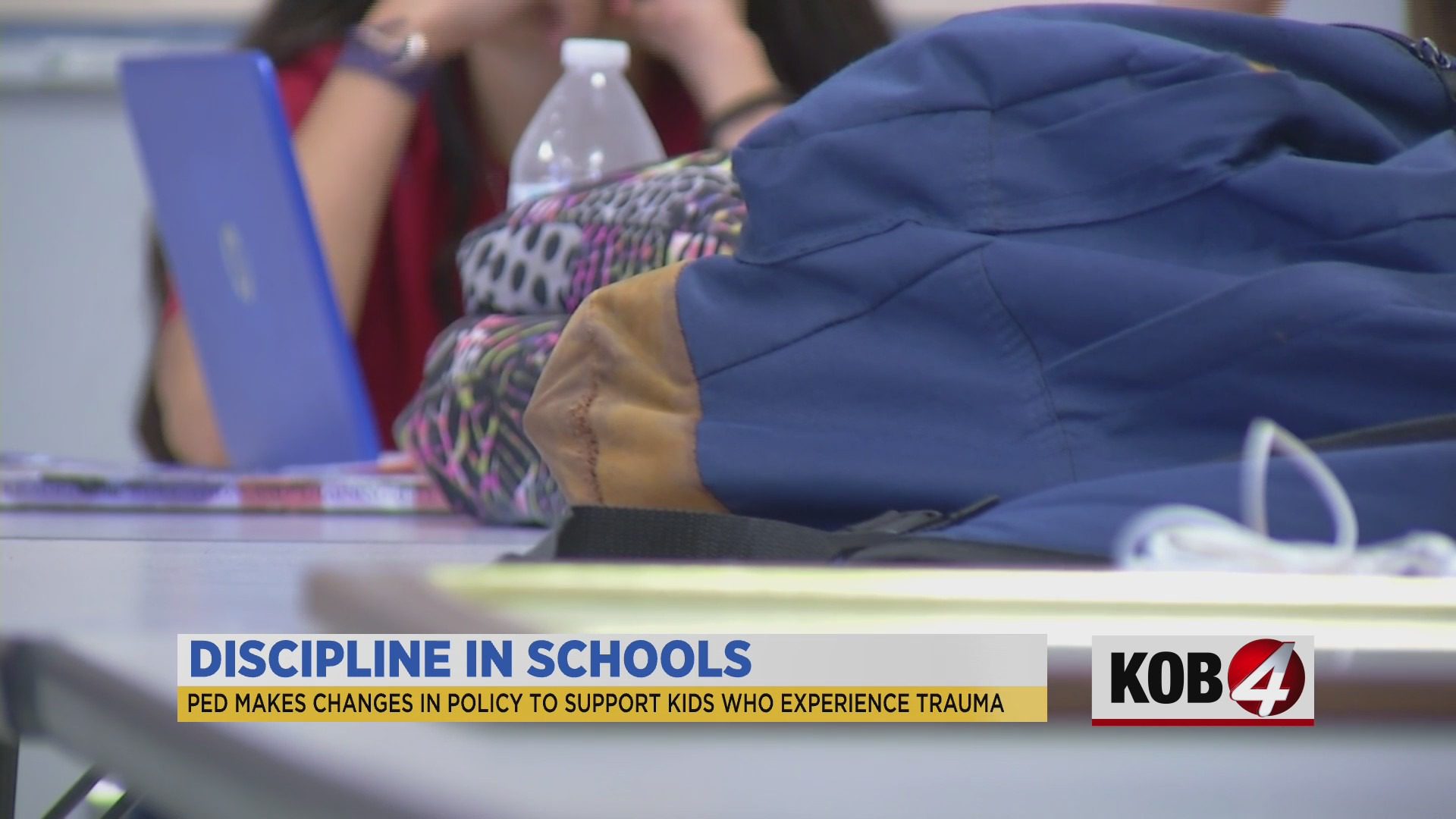 This coming school year, the state will offer training for a few pilot districts that haven’t been named yet, but this guidance is for the whole state.

The guidance is based on “trauma-responsive practices.” The goal is to identify when the trauma a student has experienced at home, what’s causing them to act out, prevent that behavior, and work through any issues.

“Really coming along and supporting each other no matter what the level of trauma is,” said Green.

Prevention could include teachers asking students how they’re doing daily, and identifying students who are struggling.

Intervention could include meetings with teachers, parents, the school principal and figuring out how the school can help that student. An alternative to punishment could include everyone talking out their problems, and discussing how to repair the relationships.

“It’s just that we need to stop depending on it so much,” said Bernstein.

“As long as we have time and training, thoughtful implementing, this is the way to go,” Bernstein said.

Therapists agree and want to emphasize how important it is to understand how trauma can affect behavior.

“It can look like ADHD or acting out behaviors, distracting other children, being playful, hitting, also being angry, lashing out. Sometimes they’re modeling what they see at home, or sometimes they’re just coping with what has happened,” said Kellie Tomlin a licensed Clinical Social Worker with Bosque Mental Health.

These efforts from the Public Education Department are a part of its response to the Martinez/Yazzie lawsuit, to increase equity among students – particularly Native American students and other students of color.