Thank you to everyone who captured the recent wintry weather! We will continue to update this as we get more photos and videos – which you can submit via Share 4.

Many places saw snow but much of the Albuquerque metro saw more graupel, which Meteorologist Brandon Richards says is often confused with hail but is much softer.

Some of the heaviest snow fell near Ruidoso. At the nearby Sierra Blanca Regional Airport, snow was first reported around 6:55 a.m. Monday. Heavy snow began around 8:55 a.m., then turned back into rain around 10:15 a.m. and left us with some beautiful snowscapes.

The Gallup area saw snow as the airport reported snow overnight and again around 7 a.m. Monday. The snow was light but significant enough to cover the ground.

Snow also fell in the Four Corners region, including in Aztec:

Out on a ranch east of Las Vegas, near Trujillo, viewer Ashleigh Sanchez captured these pictures.

Wanna see if your area will be getting any of this weather? View our full forecast on our weather page. 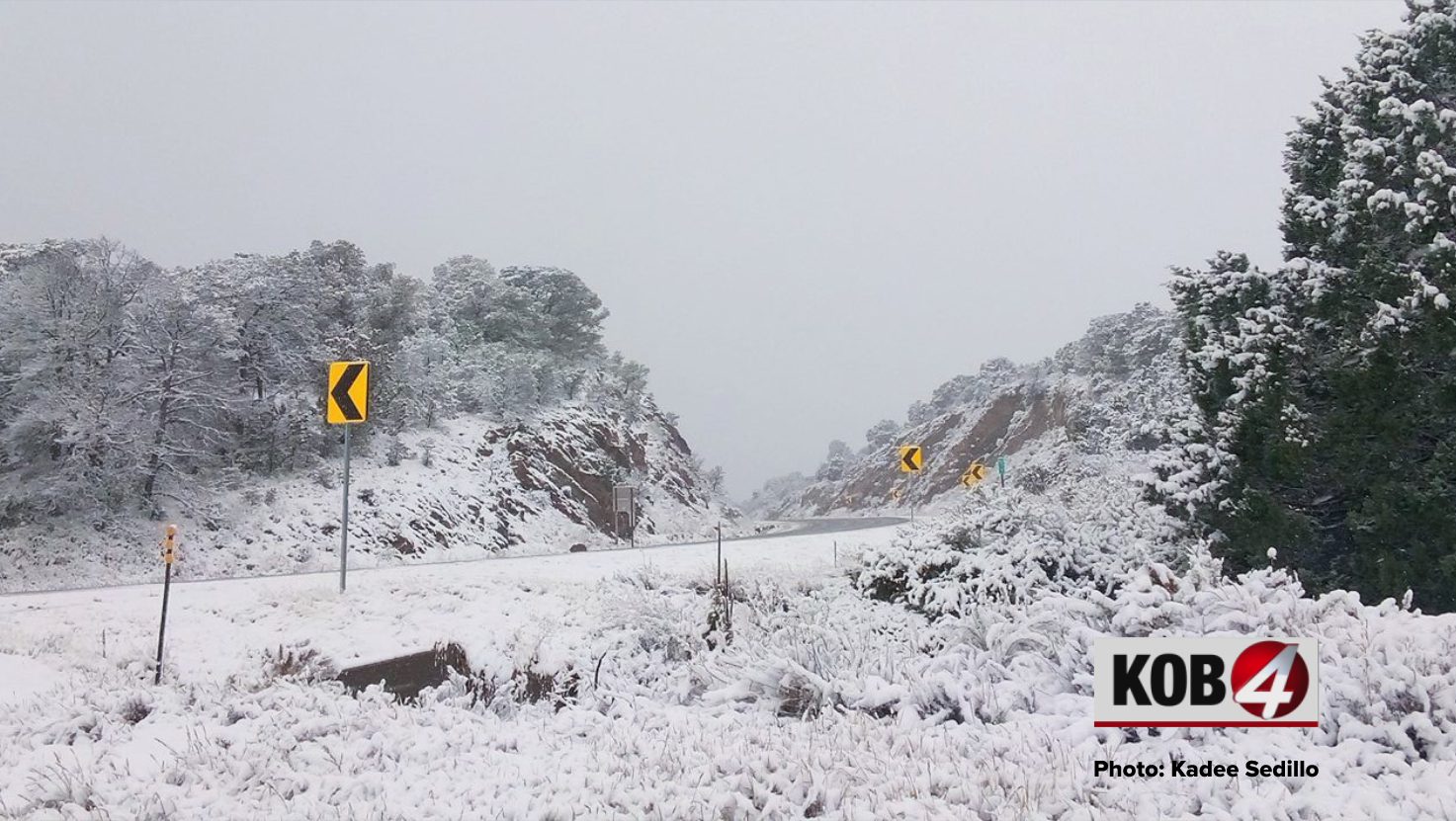