ALBUQUERQUE, N.M. – With live music from Volcano Vista High School’s band to kick off the flying and a little taste of New Mexico food trucks, the Land of Enchantment Fly-In kicked off in a fashionable manner Saturday.

The aerial event showcases planes up close on the ground and of course in the sky.

“I’d say an exposition of different types of aircraft and flying,”Emilio Verstegui, the EEA Albuquerque Chapter 179 President said. “So we have people from all over the state and some from out of states, in some cases that come out to show their airplanes and let the public see what types of airplanes there are out there.”

EAA is the organization that’s been putting on this event for years here in New Mexico.

“The EAA is the experimental aircraft association,” Verastegui said. “It was started in 1953 in Wisconsin, and it’s grown worldwide now and so Albuquerque has chapter 179 and it’s probably one of the most active in the state; we have about 100 members.” 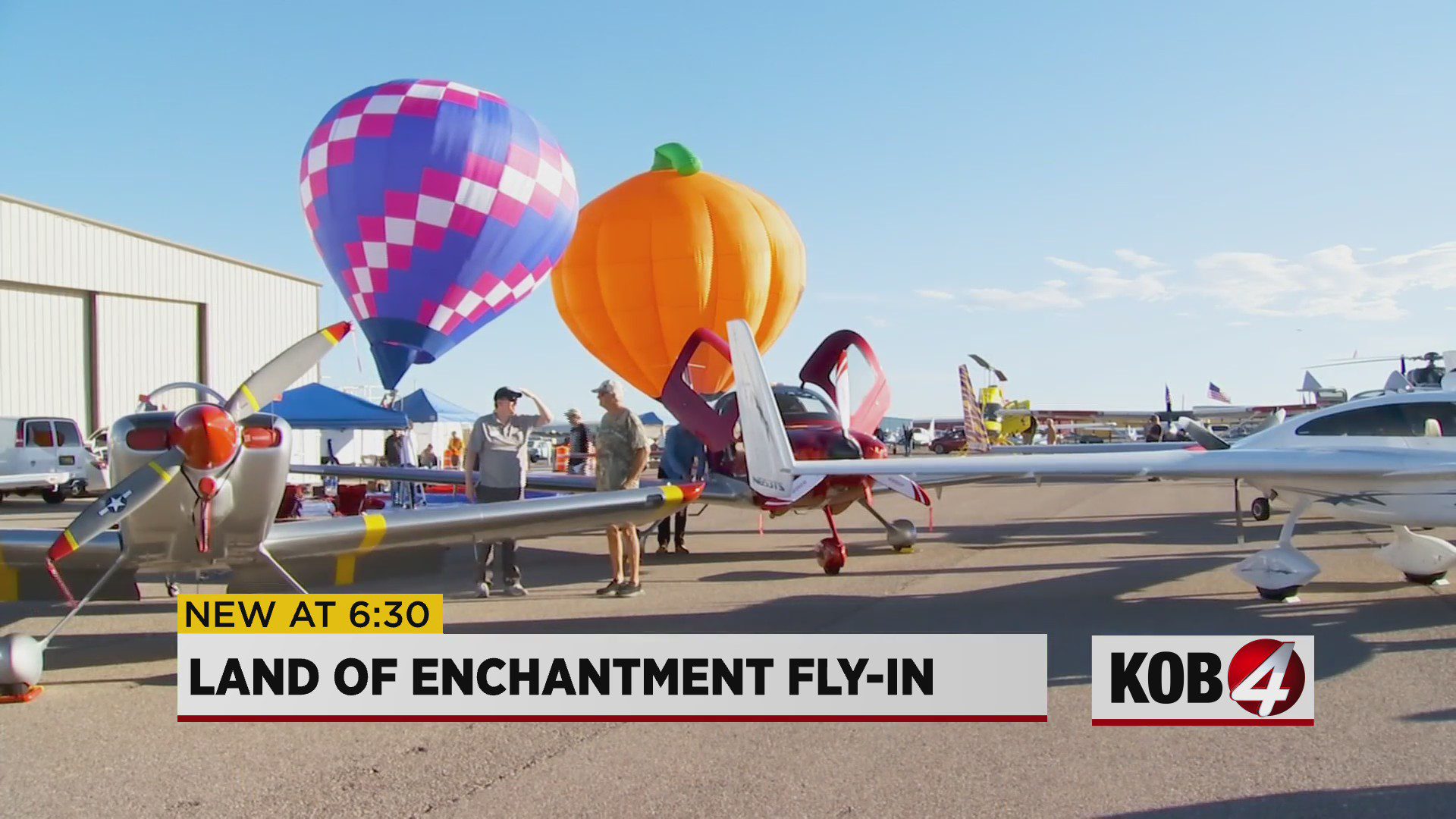 “We had to come up with a name and we thought that we should pick a name that was representative in New Mexico, so it turned out to be chile,” John Nystrom, a pilot said.

The Chile Flight is the name of the local formation flying group Nystrom flies with.

This event highlights aviation for the public and helps bring in donations for aviation-based scholarships that EAA awards to young and upcoming aviators, plane engineers, and anyone who wants to help build or fly planes.

“I say we give out a lot of scholarships. I think last year we gave over $10,000 in scholarships,” Verastegui said.

This event helps in those aspects, but another reason to host this event? It brings light to aviation as a whole.

“There’s a deficit in pilots and other fields in aviation like mechanics and traffic controllers so we try to promote all manners of aviation-related careers,” Verastegui said.

“The community tries to encourage younger people to come out and participate,” Nystrom said. “And one way to get the bug so to speak is to come out and look at the pretty airplanes.