ALBUQUERQUE, N.M. – A 33-year-old man was arrested and charged by police for his role in a string of stabbings Sunday afternoon in Albuquerque.

Lopez was arrested after police questioned him and reviewed surveillance video footage from one of the stabbings that corroborated descriptions given by victims in two other stabbings.

Around 2:14 p.m., Albuquerque police were first dispatched to this area, where a man had been stabbed in the neck by a man wearing blue jeans and a gray T-shirt. 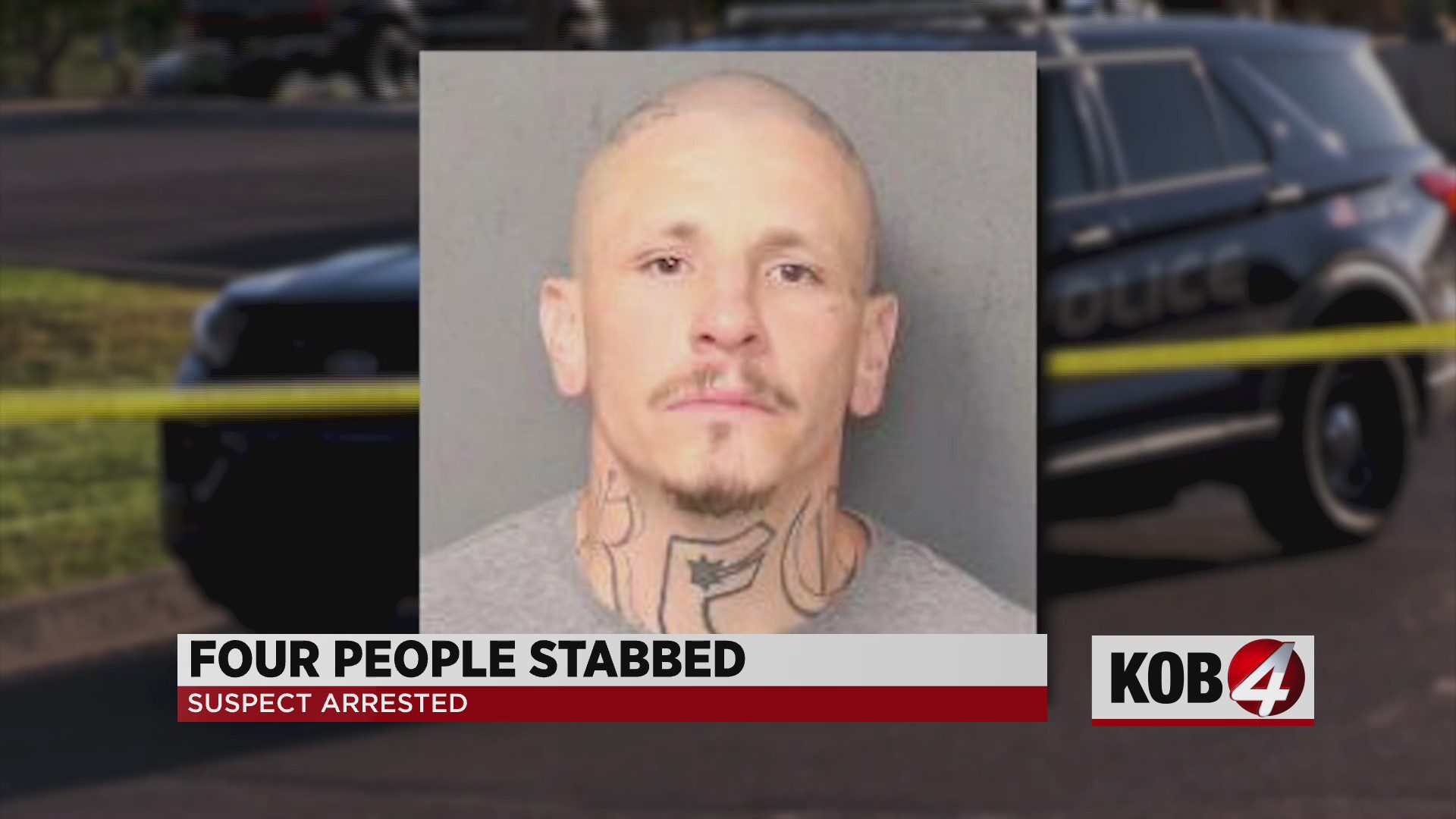 At around this time, several more stabbing calls were reported in the same area.

Around 2:20 p.m., police were dispatched to this area regarding a woman who was reportedly stabbed in the neck while sitting in her car.

Upon arriving, officers contacted the victim. The criminal complaint shows that, although she was unable to positively identify the offender, she gave a description of what he was wearing and what kind of knife he used.

Shortly thereafter, officers were called to another alleged stabbing call just a block away.

Around 2:41 p.m., police were dispatched to 5th and Central regarding a man who had been stabbed in the neck.

Around 4:03 p.m., police were then called to another possible stabbing call outside the Golden Pride restaurant near Coors and Central. Upon reviewing the video footage, police found the victim was stabbed in the face by a man allegedly matching previous given descriptions.

Police located and detained Lopez, who then allegedly told police about his frequent blackouts and memory loss – and that he didn’t remember the restaurant stabbing.

Based on this and video footage, police arrested and charged Lopez – who was then allegedly found with a bloody knife in his pocket. The knife also reportedly matched the female victim’s description.

Lopez was booked on two counts of aggravated battery with a deadly weapon. His first court appearance was scheduled for 1:30 p.m. Monday but was moved to Tuesday.

MORE: APD: 3 injured in string of stabbings in downtown Albuquerque

Details are limited. Stay with KOB Eyewitness News and KOB.com for updates.