ALBUQUERQUE, N.M. – New Mexico State Police have identified Brandon Travis as the 19-year-old student who was killed in a shooting on UNM’s campus Saturday.

Police said a 21-year-old New Mexico State student was shot and injured in the same incident.

In an update, they say Travis conspired with a 17-year-old female and two other male friends to lure the 21-year-old to UNM campus and assault him.

Officials say the 17-year-old female and the two other males fled the scene. The female was arrested and charged with aggravated battery and conspiracy. She is currently booked in the juvenile detention center. 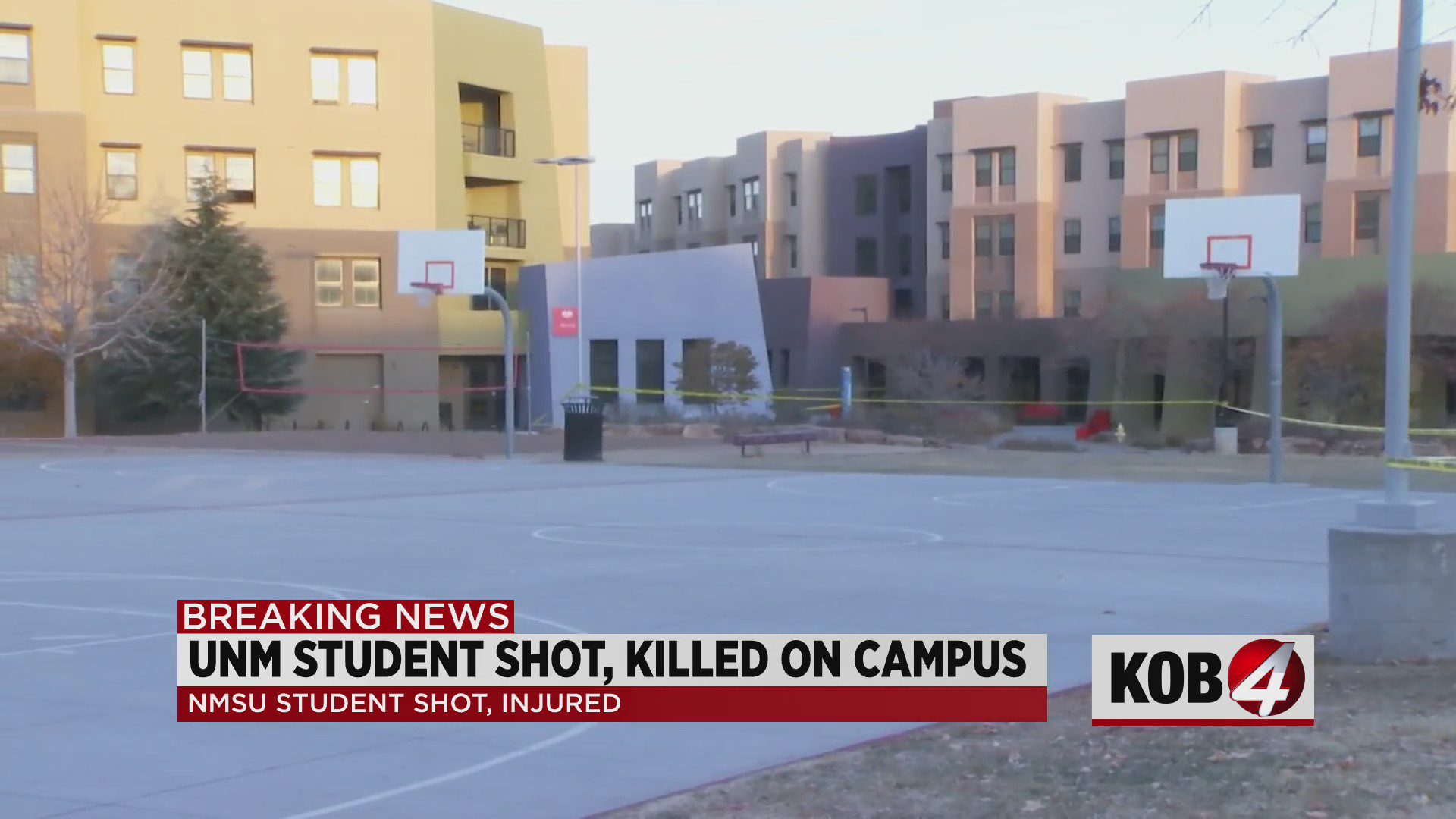 The two other males have been identified and are awaiting charges, if any.

The men’s basketball rivalry game between the two schools was set for Saturday night, but officials with both universities decided to postpone it.

The crime scene was near multiple UNM dorms just north of Johnson Field.

State police said the NMSU student who was shot is in stable condition.

One student KOB 4 talked to said he heard the gunshots as he was walking back to his dorm Saturday morning.

“It’s not uncommon to hear, so I just brushed it off, but like to see that it’s kinda crazy. I think the biggest thing is that it’s weird man, just like the environment of the school. You look around and it’s like so awkward, no one is saying anything, no one is talking, its disturbing almost,” said student Keith Tey.

Police say they are still looking into what happened the moments before leading to this deadly shooting.

Both the University of New Mexico and New Mexico State University have denied to comment on the shooting, and their students’ involvement– saying state police are leading the investigation and they will send out updates as they are made available.

The only information we have gotten from the schools is a joint statement sent out Saturday afternoon saying in part:

Both of the universities and the UNM Police Department have expressed their sympathies for everyone involved in this shooting.