ALBUQUERQUE, N.M. — Albuquerque police were called to investigate a stabbing in the area of Central and Yale Thursday evening.

In a Lobo Alert, authorities said to avoid Central between Yale and Stanford.

At around 8:45 p.m. Thursday, police said the scene was clear and an offender is in custody.

“The safety of the UNM community remains a top priority, especially at our urban Albuquerque campus. Lobo Alerts are a critical way that we communicate. The University has continued to invest in safety measures, such as cameras, access controls, and additional lighting.” 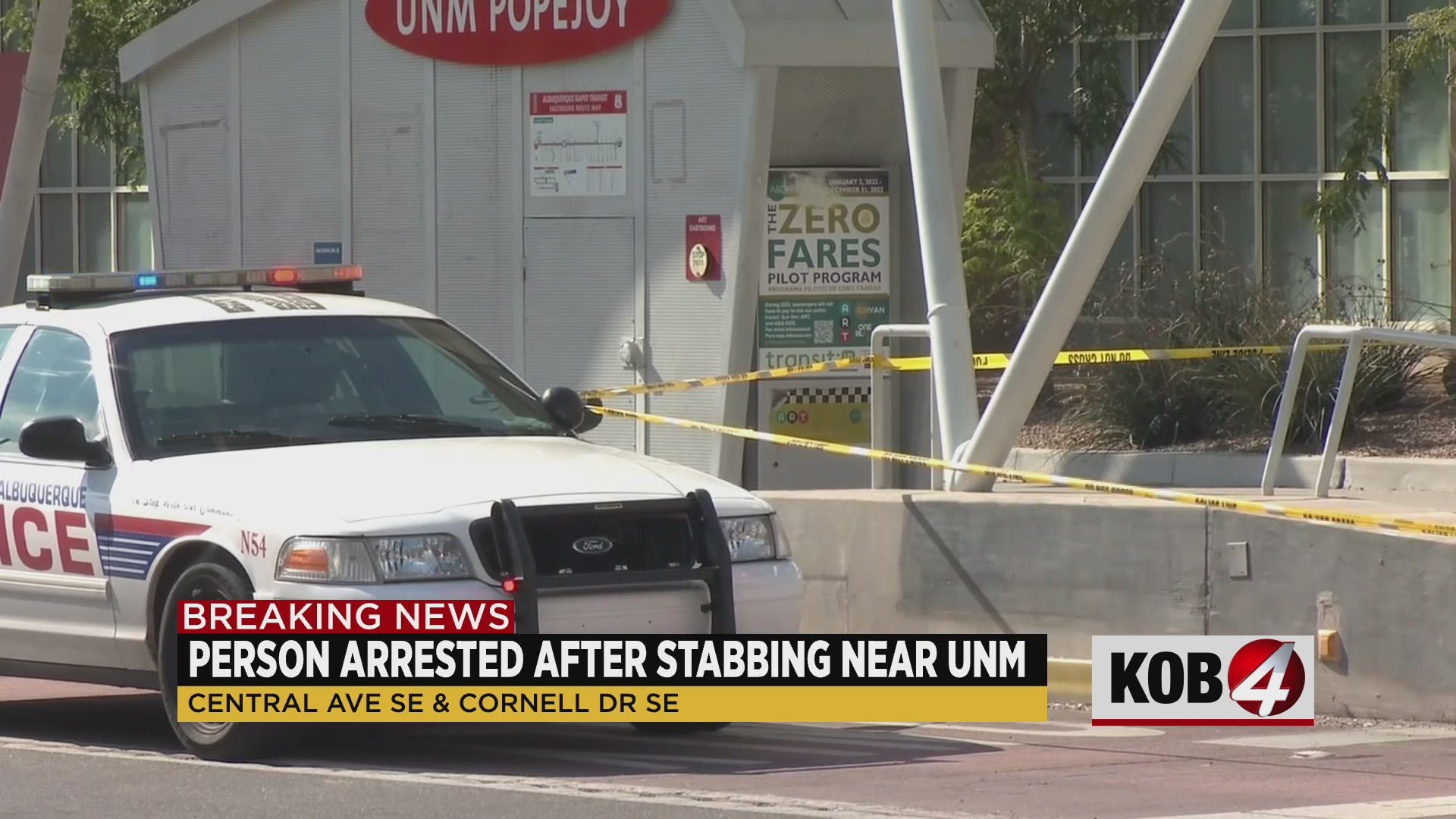