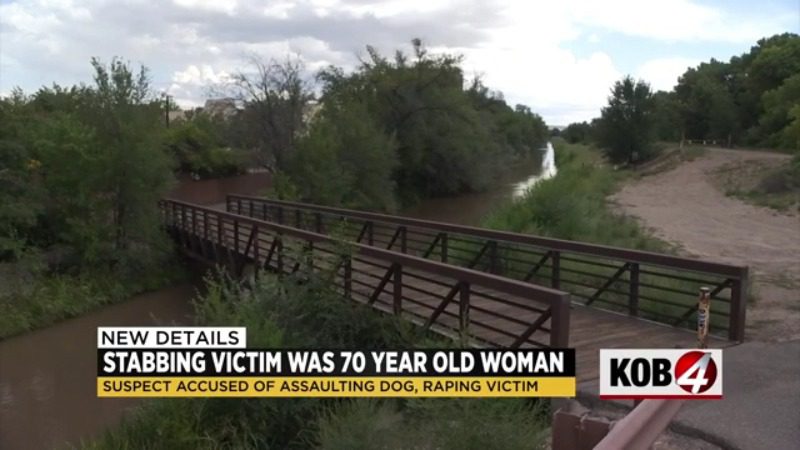 ALBUQUERQUE, N.M. – Police have released more information on last week’s attack in the bosque that left one woman in the hospital after she was stabbed and raped.

The suspect in that attack, 19-year-old Reginald Hall, was on release from jail for other crimes in Valencia County committed earlier this month.

Police say this was a random attack on a woman who always walks this particular bosque trail. She told police she’s never seen Hall before the day she was basically left for dead.

Investigators claim about a mile into the woman’s walk, she passed a shirtless man starting a fire behind this bench. She told police as she started walking back up the trail towards her car, she passed him again, and he started following her on his scooter.

She says when he caught up to her, he grabbed her breasts, threw her to the ground and kicked her dog, then he repeatedly kicked and stabbed her.

The woman says she doesn’t remember being raped, but witnesses found her naked and unconscious in a nearby ditch, and police say they found blood in Hall’s underwear.

The 911 calls started coming in around 7:30 a.m. Friday, witnesses say they saw Hall dragging a woman across the bike path, then throwing her into the ditch.

Hall then took off on his scooter, but not before those who called 911 took a picture of him.

Another woman walking on the trail jumped into that ditch and held the victim’s head above water until help arrived.

APD used both drones and K-9 units to search for Hall. Ultimately, he was found at a local restaurant after customers recognized him from the witnesses’ photo.

Police say the victim is stable, but she did need emergency surgery. When she woke up, she was reunited with her dog.

As for Hall, prosecutors are asking a judge to keep him in jail until trial. We’ll have that judge’s decision this Thursday.