CORRALES, N.M. — Police tracked down a fire truck reported to be stolen Tuesday morning from the Corrales Fire Department.

The Rio Rancho Police Department issued an alert to be on the lookout for a stolen Corrales fire truck. The alert was issued just before 8:30 a.m. Tuesday and police advised people to call 911 immediately if they see the truck. The truck was then reported to be found around 8:53 a.m.

The Corrales Fire Department says it all started with a call for service on Applewood Road near Seven Bar Ranch.

“So this morning around 7:15 crews got a call in the south in the Corrales for a medical call and we responded,” said Tanya Lattin Corrales Fire Department commander.

Half an hour later another call came in over the radio, one of the trucks that responded to that incident had been stolen. 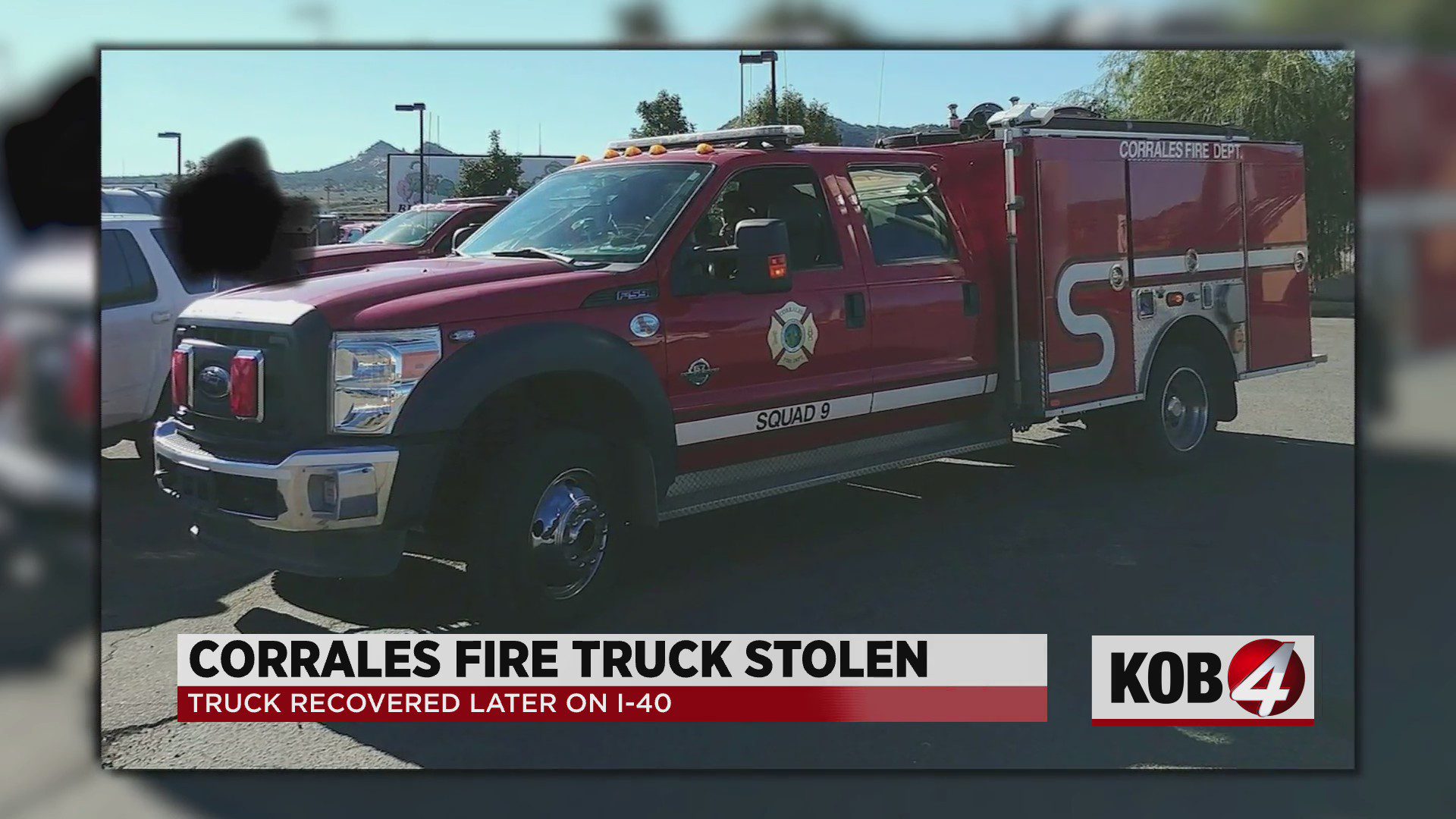 Other agencies jumped into action, plastering photos of the missing truck on their social media pages.

“We started getting reports that it was seen in Albuquerque driving a high rate of speed,” said Lattin. “We were very concerned for the safety of people, and its lights and sirens are going. We were very concerned about the possibility it might try to drive down the wrong side of the road.”

The suspect hopped on I-40 but didn’t get very far.

But not without help from Laguna PD, state police, and a spike strip, which blew one of the unit’s tires.

Corrales Fire Department officials say they’re baffled something like this would even happen.

“First of all, you’re gonna be seen. It was very strange for someone to get in a fire truck and steal it and then get on the radio and start talking also,” said Lattin.

They’re glad no one, including the driver, was hurt.

“There’s water on board, it’s heavy, it’s got boxes on the side. So it’s loaded with all sorts of equipment and makes it harder to stop and harder to maneuver,” Lattin said. “We didn’t know what they would even think about doing with a truck like this. So we were very concerned that they might just crash it.”

Chavez is currently behind bars in Cibola County. He faces a fourth degree felony for car theft from Corrales Police.

State police are also charging with resisting arrest and criminal damage to property.