ALBUQUERQUE, N.M. — A nine-acre lot in Los Ranchos has been vacant for years.

However, there’s a new proposal that would turn the lot on the southwest corner of Chavez Road and Guadalupe Trail into a 21-home subdivision.

Many neighbors told KOB 4 they aren’t too happy with the plan.

“It doesn’t seem like this information is being public,” said Jenn Kueffer, a Los Ranchos resident.

In a letter to the mayor, the principal planners wrote this proposal includes 21 homes, preserves the existing Nat Kaplan adobe home, and permanently protects just under two acres of agricultural and wildlife area. 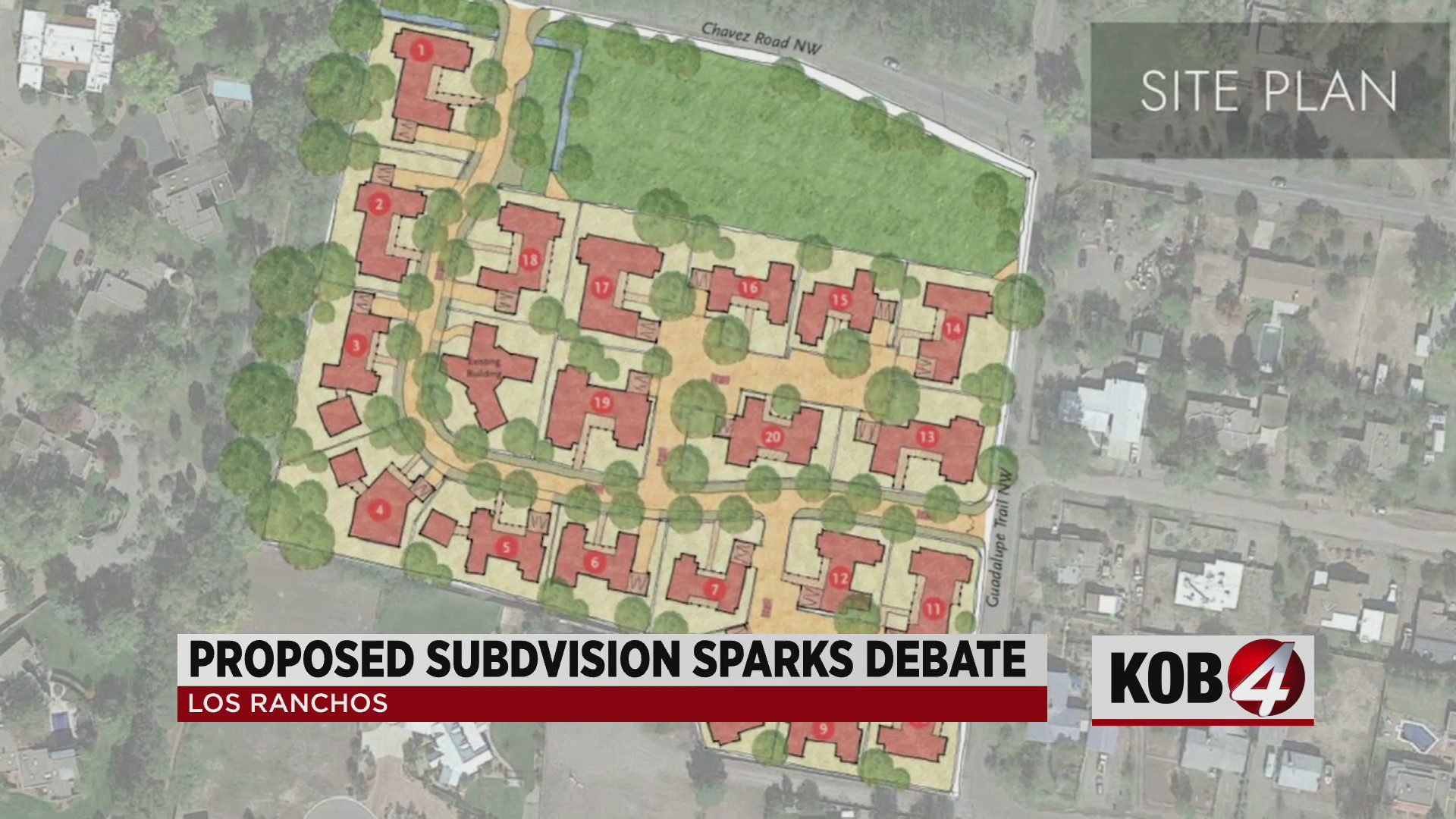 The proposal goes on to say it fits in line with the village’s 2035 master plan – which is a push to balance the villages’ growth with a desire to maintain open space and the “semi-rural” characteristics of the village.

Concerned homeowners in the area are planning to protest the proposal. If you want to make your comments known, you can go to a hearing on the proposal on June 8. It will be at 7 p.m. at Warren J. Gray Hall, located at 6718 Rio Grande Boulevard NW.

The Village of Los Rancho shared the following statement with KOB 4:

“If approved, the approval would kickstart the rest of a longer process where the applicant then applies for several other permits. There would be at least three more meetings before both our Planning & Zoning Commission and Board of Trustees for a site development plan, major subdivision, and conservation development standards permit.”