Lahren was invited as a guest speaker by the Turning Point USA student chapter at UNM.

However, a large crowd of protesters were upset Lahren was on campus during the start of Hispanic Heritage Month, according to Maddie Pukite, UNM student and managing editor at the Daily Lobo. Lahren has stirred up controversy with past statements about the Black Lives Matter movement and immigration.

Inside the Student Union Building on campus, cell phone video shows protesters outside the doors to the ballroom where Lahren was speaking.

UNM said a hole in the wall was made by protestors. University officials said they are “investigating these incidents and will hold anyone who violated the law or University policies accountable.” 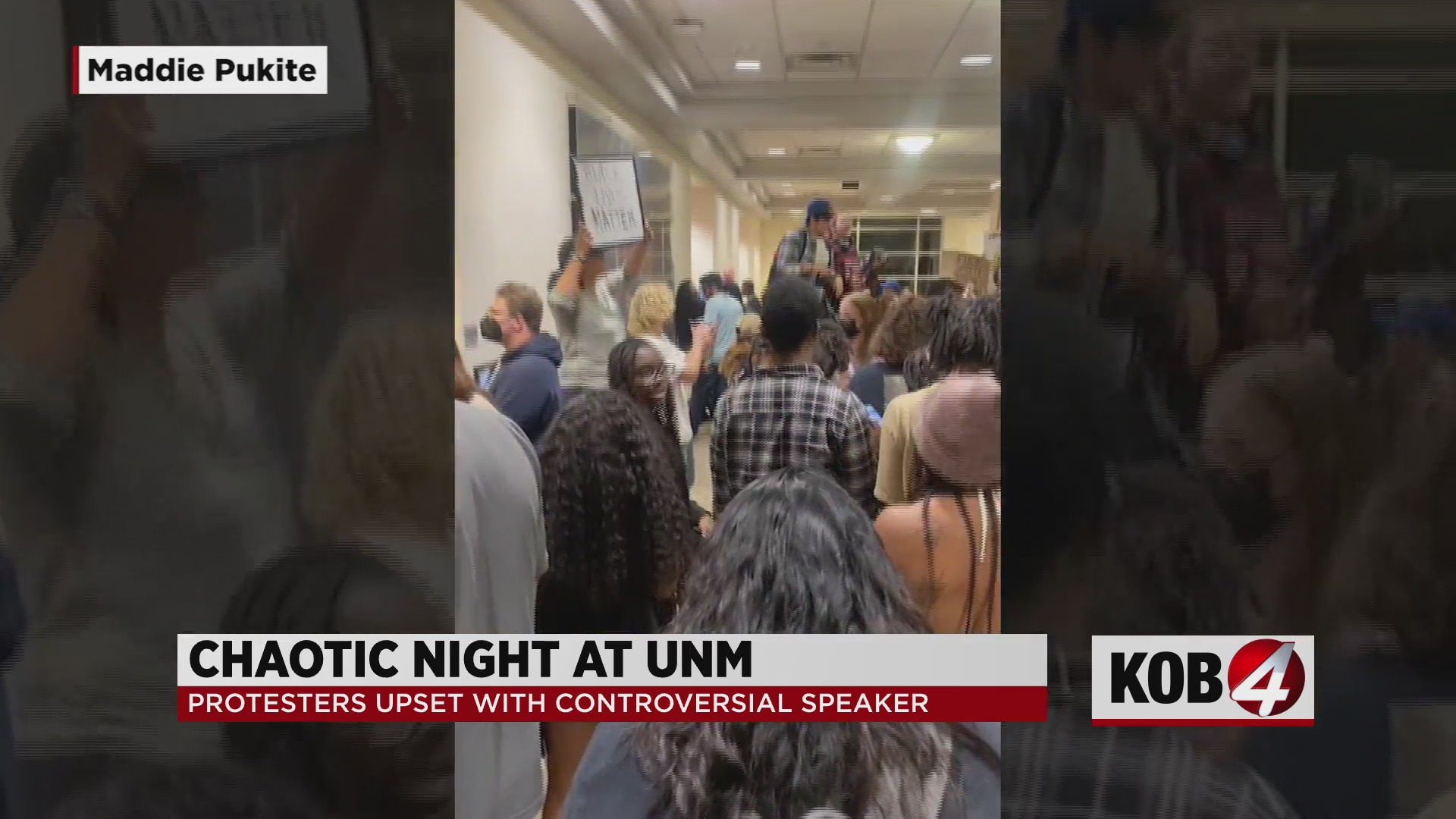 Lahren and students inside the ballroom were escorted out. UNM officials said there were no injuries reported.

In an Instagram video, Lahren said she was disappointed to see how the campus handled the protest.

“Sadly, what happened in New Mexico is far too common. The students and community organizations responsible for this mob that caused damage to the venue—and forced Tomi and her father to be barricaded in a safe room for 45 minutes—must be held accountable. We will only get more threats of violence unless there are serious consequences for this behavior. We are looking into all possible avenues to help achieve that end.”

“The University of New Mexico is committed to the principles of free speech and values its role as a public square for debate, a marketplace of ideas, and a place to test and challenge competing viewpoints and opinions. In this context, allowing speakers invited by a student organization on campus in no way implies an endorsement of the content of their speeches or their opinions. And those who disagree with the ideas expressed are encouraged to respectfully voice their perspectives.”