“I play Freddie Mercury,” lead singer Patrick Myers said during an interview with KOB 4. “It’s a really addictive thing to do, performing the songs, because Freddie was such — kind of like a lightning rod on stage.”

Myers said he and his bandmates have lived in the iconic roles of Freddie Mercury, Brian May, Roger Taylor and John Deacon for decades.

It was a show that must go on, and it has. 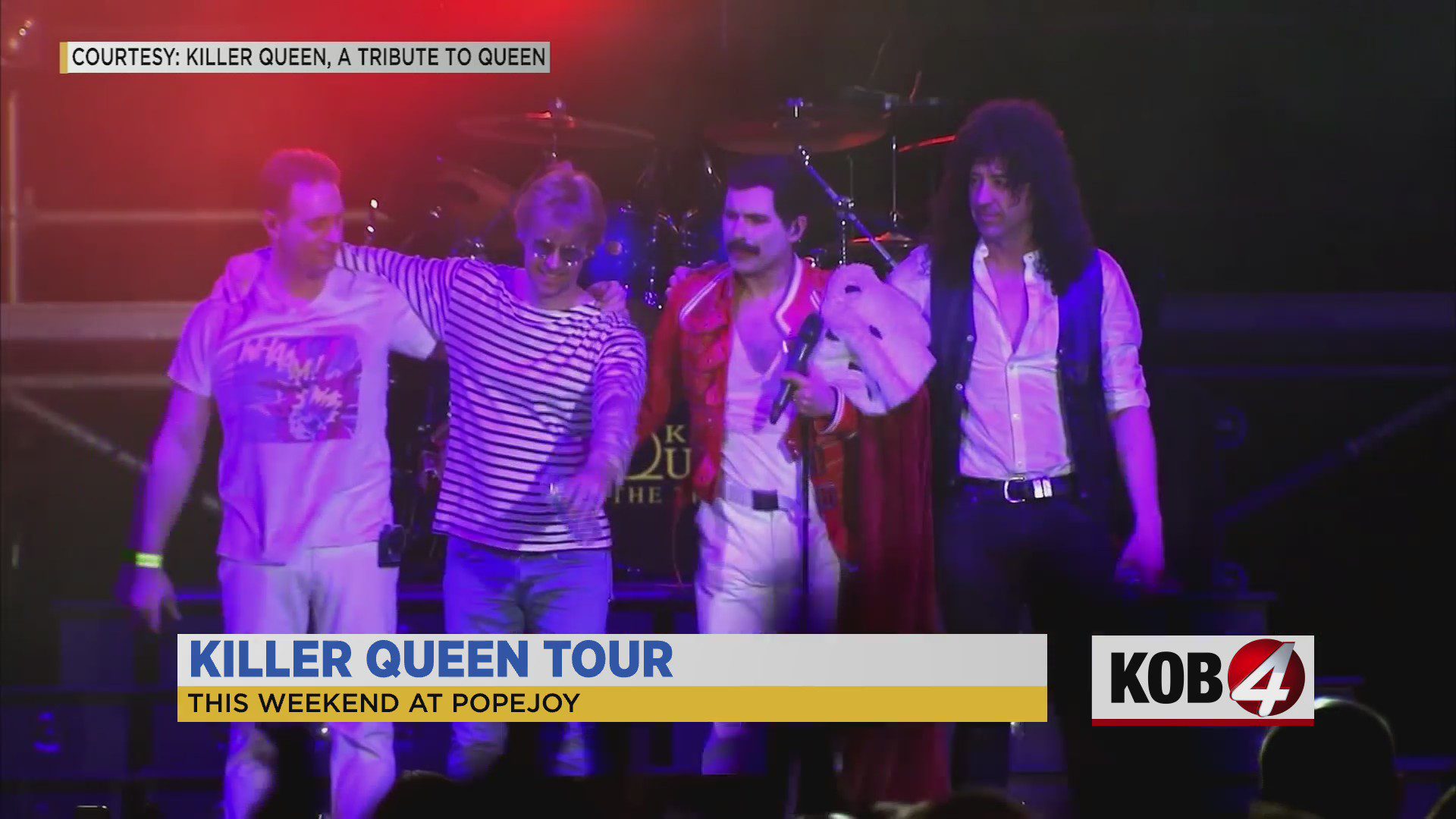 “Everybody loved it, you know, and we loved it,” Myers said.

Today, Killer Queen plays at some of the biggest venues around the world. On September 17th and 18th, they are taking the stage at Popejoy Hall.

“We’re on, on the Saturday, and as a matinee performance on the Sunday because the Saturday’s sold out,” he said. “So grab your tickets for Sunday!”

Even though Queen continues to tour with a new lead singer, Myers told KOB 4 he hopes Killer Queen audiences feel like they are transported back in time.

“You can see Queen, you know, you can’t obviously see Freddie anymore,” he said. “You can’t replace Queen, you can’t be Queen, but what you can do is try and get everything as right as you can, so that you give the audience permission to maybe — if it’s a little bit of time, maybe it’s a big bit of time — but to make them forget that it’s a tribute and just have fun.”