Rail Runner ridership up 50% since beginning of the year

ALBUQUERQUE, N.M. – It’s been a rough few years for the Rail Runner. The commuter line is still working to regain its pre-pandemic ridership, but officials say those record-breaking gas prices are actually convincing more people to buy tickets – and those riders are sticking around.

“If there’s a silver lining to exorbitant gas prices, it’s certainly, you know, urged people to look at taking the train when they can,” said Augusta Meyers, the New Mexico Rail Runner Express’ communications manager.

Officials for the New Mexico Rail Runner Express say weekly ridership has increased by 50% since the start of the year, with more than 1,300 trips per day on average.

“Every time gas prices go up, about 30%, we see an uptick in ridership,” said Meyers.

Representatives said there’s always a bump in tourist traffic during the summer, but this latest increase is mostly from commuters traveling between Albuquerque and Santa Fe. 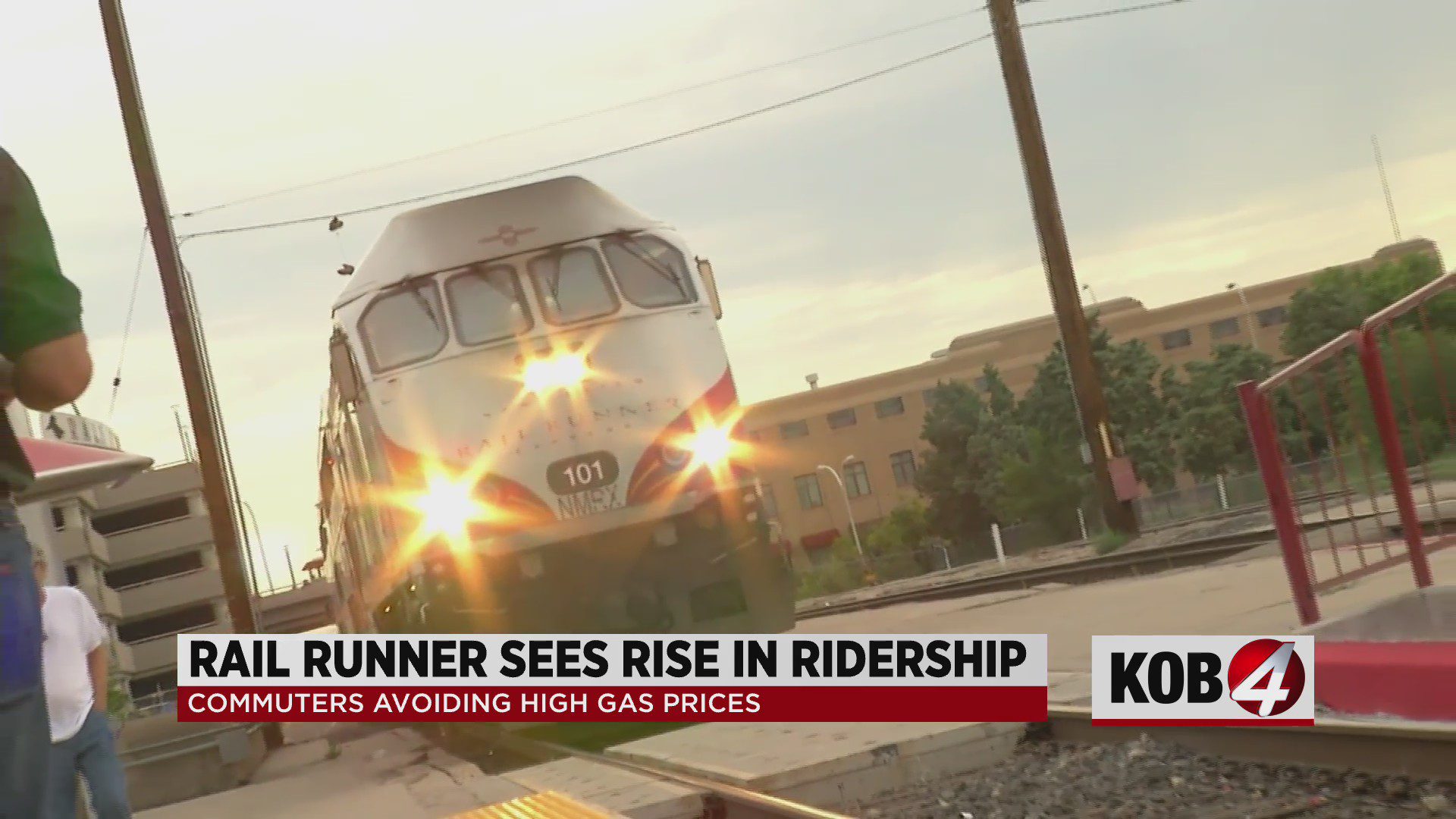 “People try it, and then they find that they like it,  and it doesn’t mean that they ride every day, but they might take it two or three days a week,” Meyers said.

The Rail Runner is already offering incentives to ditch the roads, including a 75% discount on tickets through the summer. A single-day pass only costs $2.25, and representatives said they have more plans to keep folks on board.

“This train was built for people who are on a nine to five commute. But we all know now, since the pandemic, that that isn’t the norm anymore,” said Meyers. “We’re probably going to be adjusting our schedule, adding a little more service in the midday, looking at our reverse commute. People coming from the north to the south, maybe, you know, beefing up our weekend service.”

Those added trains are not set in stone just yet, but officials said they have some wiggle room because they secured a 3-year deal on fuel prices last summer, which means they aren’t dealing with rising costs.