ALBUQUERQUE, N.M. – For the last two years, employers have struggled to find workers. So it was an exciting day for many of them to be able to find new hires at state Sen. Michael Padilla’s annual job fair.

Multiple records were broken during Wednesday’s turnout. Nearly 150 employers were interested in having a booth, but there was only enough room for 115 of them, and everyone hiring had multiple positions to fill.

“It has been a huge struggle not just for us but for all restaurants and it seems like everywhere,” said Dan Garcia with Garcia Restaurants.

“Its been very hard, we have been out at Workforce Solutions, we are trying to get more involved we just can’t get the interest to get individuals to come work for us,” said Judy Luebbers with Metro Security Services.

Even with those previous struggles, Padilla says he was impressed with the turnout of people looking for jobs. 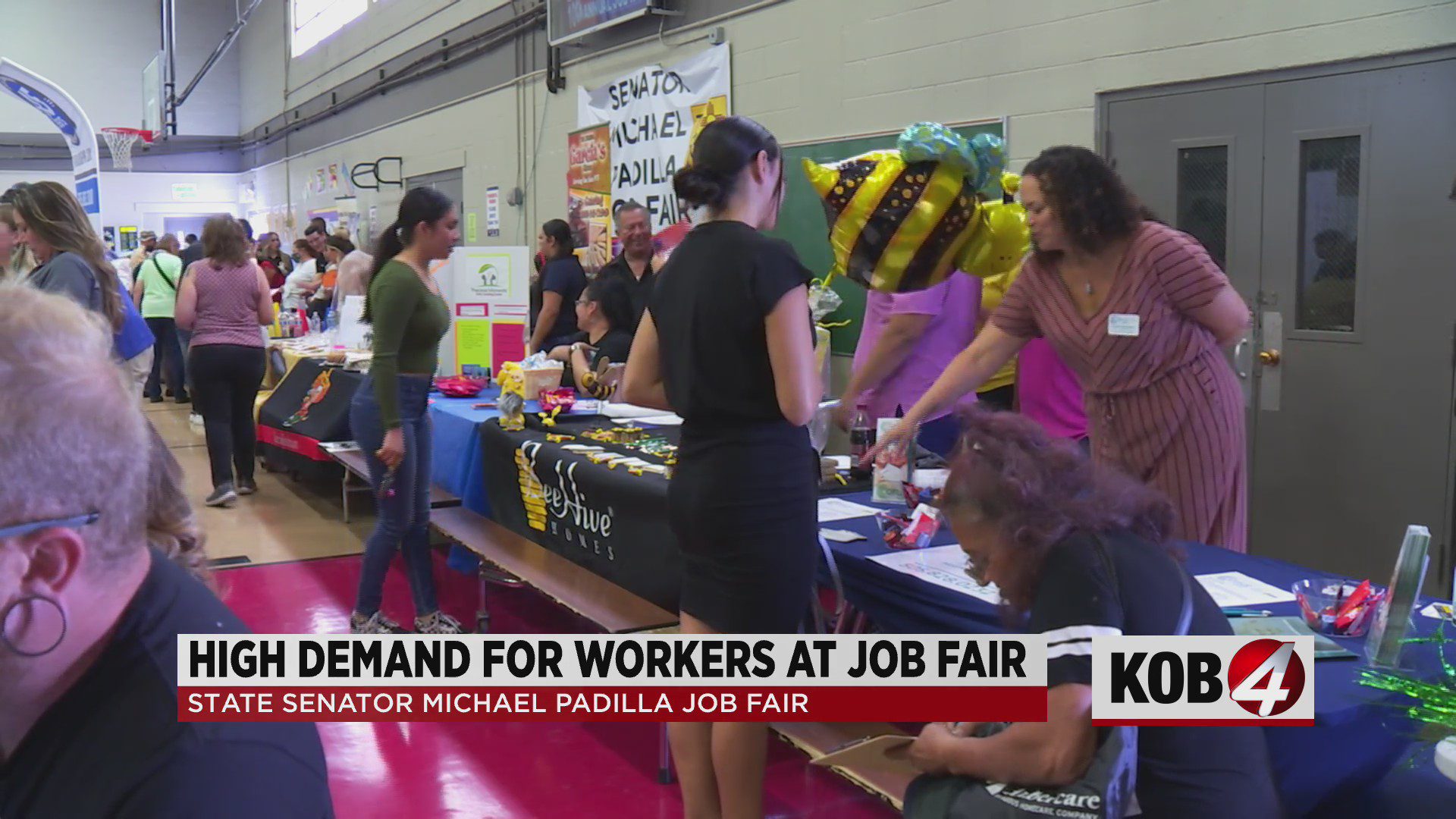 A record number of more than 5,000 job seekers showed up Wednesday, with resumes in hand. But that impressive number still pales in comparison to the 6,400 job openings they have posted.

“We are hoping we can hire people from here, people come and get applications and say they are interested and stuff, but that happens to us all year long, and then they don’t show up,” said Garcia.

With more openings than workers, the competition for employees is tough. But many employers are hopeful today’s event will get them the candidates they need.

“We have had some great conversations about what we are looking for and the culture that we offer, so I think it has been successful so far, so it’s nice to see a collection of people interested in getting back into the workforce,” said Shellie Curley with Bee Hive Homes.

Now the next step for many, many people after Wednesday’s event is hopefully interviewing and finding the right job for their skills.