A $2.5 billion spending package, aimed at efforts to rebuild impacted areas, was recently approved as part of the federal government’s budget.

“Hope is here, the resources are coming, the money is coming. We can build back,” said U.S. Rep. Teresa Leger Fernandez (NM-3).

On Tuesday, Rep. Leger Fernández met with hundreds of community members at New Mexico Highlands University in Las Vegas to explain how the funding will be used to rebuild communities.

According to the bill, anyone impacted by the fire is eligible to receive compensation, including those impacted by monsoon floods intensified by the fire’s burn scar. The bill includes provisions for any property damage (even if it’s not insured), disruptions to business (e.g., lost revenue and equipment) and personal financial hardships directly connected to the fire. 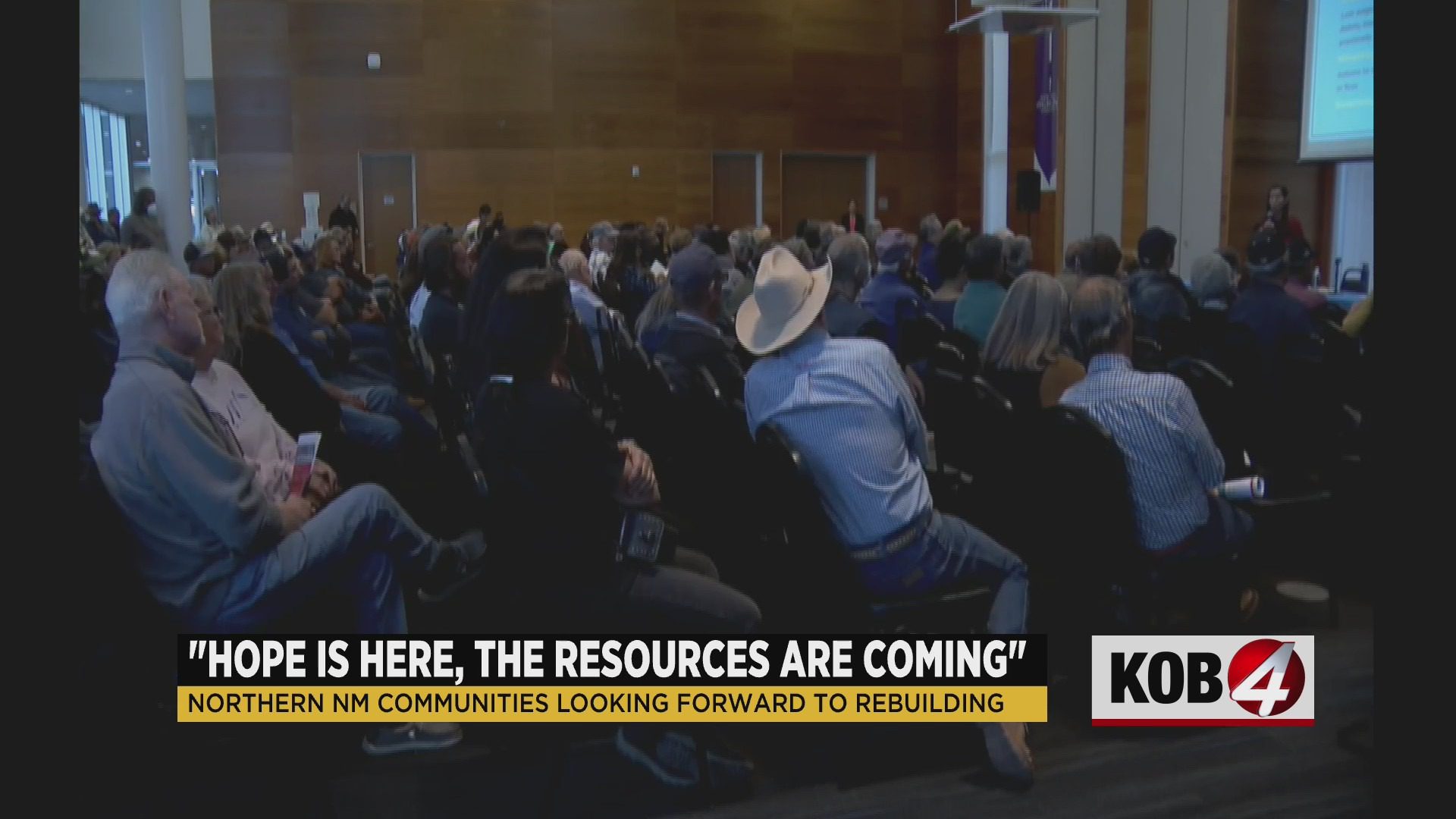 Rep. Leger Fernández says the funding is meant to cover the costs of everything FEMA hasn’t already taken care of. Unlike normal FEMA assistance, she says there’s no limit to how much money people can receive.

The U.S. Forest Service took responsibility for both the Calf Canyon and Hermit’s Peak fires, stating they were started by controlled burns. More than 500 square miles, across three different New Mexico counties, were burned in just about four months. More than 900 structures were also destroyed, including hundreds of homes.

Rep. Leger Fernández, a sponsor for the bill, said it’s crucial that the federal government steps in to clean up.

“They took responsibility for it,” she said. “Congress and the President signed a bill accepting responsibility and saying we’re going to make it right, they assumed that responsibility. That’s the right thing to do, it’s about justice.”

Rep. Leger Fernández says more federal relief will be needed, as the total recovery is estimated at nearly $5.5 billion.

While it’s impossible to replace everything that was lost, survivors say this show of support has them hopeful for the future.

“I feel a little bit encouraged that we are going to get help, so that’s good,” said Benjamin Chavez, a citizen who lives near Mora.

“We had about 8-10 floods, that when I quit counting – and what the fire didn’t get, the flood destroyed,” said Manuel Chacon, who lives in Lower Rociada. “What happened shouldn’t have happened but, as they’re saying in there, we will not be made whole again, but they’re making an honest effort to try and compensate what we went through.”

In mid-November, FEMA will publish its regulations for filing claims. Once applications are live, people will have two years to make claims and the agency plans to set up a local office to help streamline the claim process. Rep. Leger Fernández also says she wants to allow for partial claims so rebuilding can start as soon as possible.

For more information related to the meeting, visit this website or view the presentation slides shown Tuesday.