ALBUQUERQUE, N.M. – It’s been four months since the McBride Fire ripped through neighborhoods in Ruidoso.

Now, a new state report is revealing exactly how that fire got started but it’s raising new questions about who’s really at fault

The McBride Fire sparked in early April and quickly ripped through the community. At least 207 homes were destroyed and an elderly couple was killed in just a matter of days. Now, we’re learning how it got started.

According to a new report from the State Energy, Minerals and Natural Resources Department, a 50-foot tree was knocked down during extreme wind and landed on PNM powerlines.

The report suggests that may have caused a shower of sparks and hot metal to fall to the ground, igniting the dry fuels below. 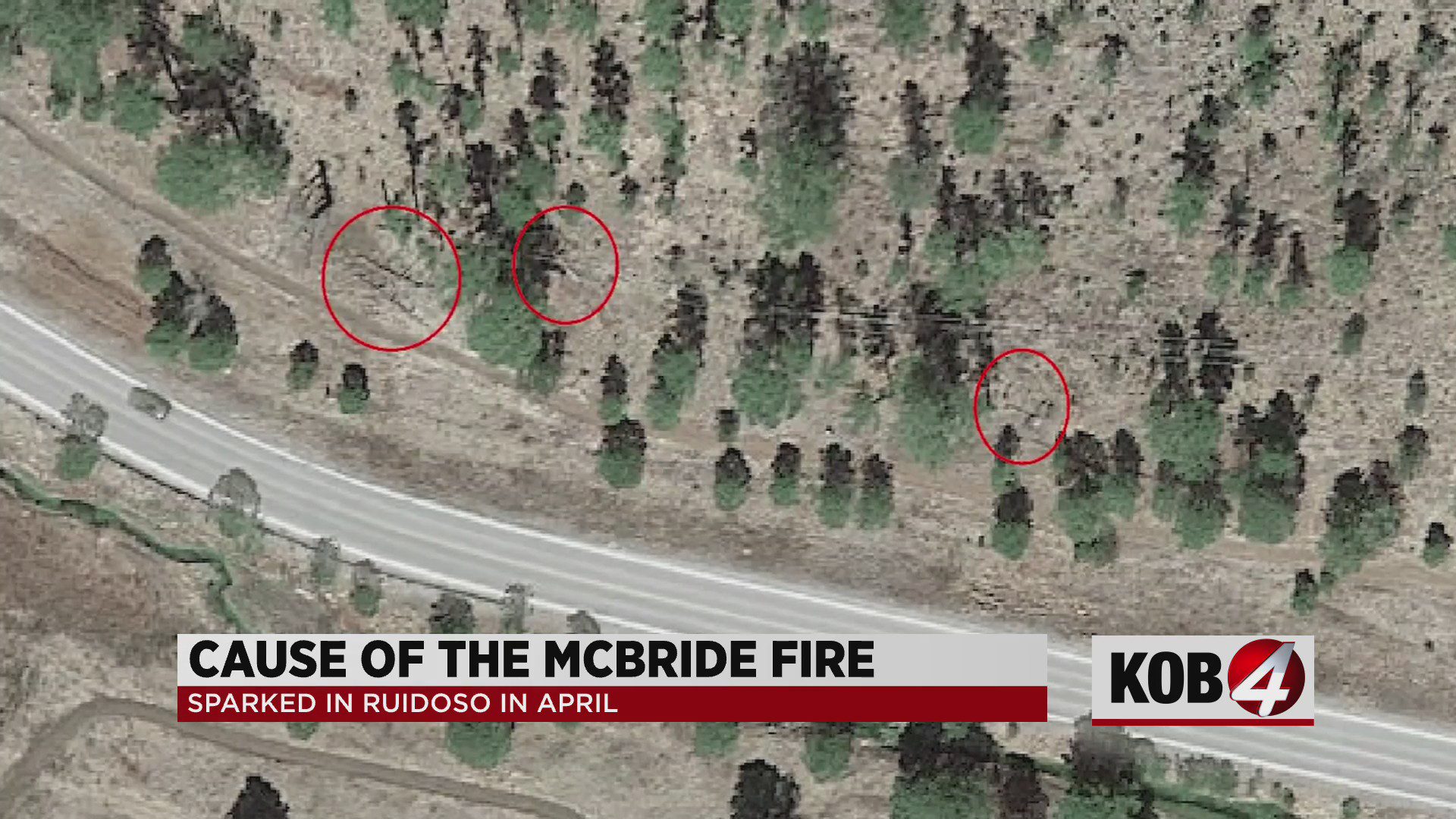 “Initially looking at this, it does look like yes, PNM must be responsible,” said Carol Suzuki, UNM Law professor.

That’s the same conclusion in an ongoing lawsuit that alleges PNM, and the company that cuts trees near power lines, did not properly care for the area. But Suzuki says there are other factors to consider.

“It could be that now, these winds are unexpected, because they are much faster than they used to be. And perhaps the utility can say, Yes, this was unforeseeable,” said Suzuki.

The report confirms there were unusually strong wind gusts that day.

“What we need to do to maintain the power lines or maintain the land so that there is no fire is, you know, subject to, you know, our old thinking, you know, pre concerns about climate change,” Suzuki said.

Suzuki says it’ll be up to the attorney’s involved in the lawsuit to prove if PNM is at fault, but says this report does raise important concerns moving forward.

“We need to think about working on a plan now with the dry vegetation that we do have, and then also developing a plan for the future, Because we don’t want to cut down all the trees. We want the trees,” said Suzuki.