The report shows how staffing shortages are trickling down to almost every piece of the state’s judicial system, and they’re taking a serious toll.

Jones said she has to track down her Otero County clients across state lines these days.

“We have so many people incarcerated and such little staffing there that they have actually moved over 100 inmates all around the state and to Texas,” said Jones. 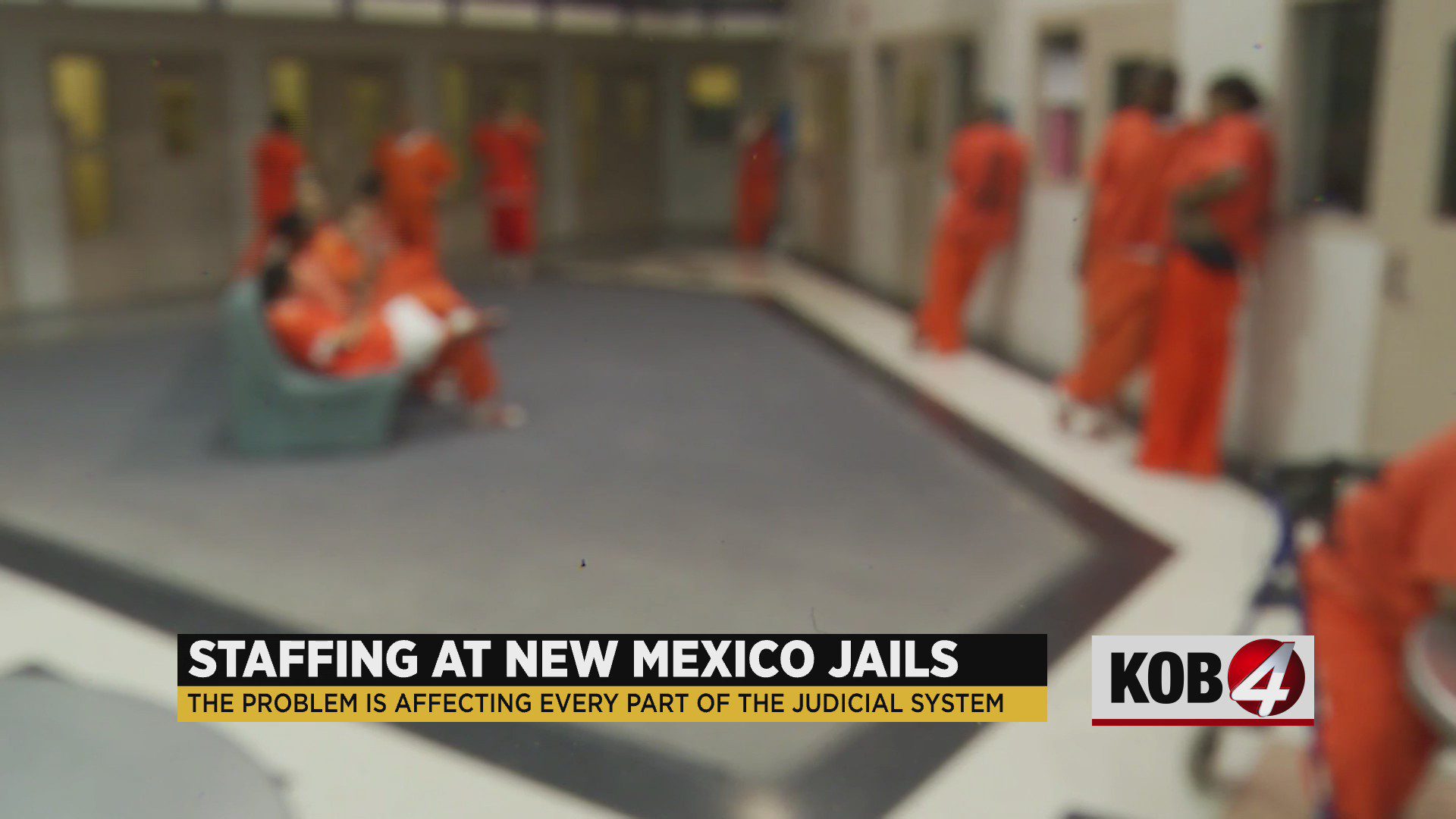 Leaving her office, and their loved ones, with a lot of added concern.

“We’re not supposed to just be processing them like an industrial conveyor belt. We really should be there with them, this should be a human experience every step of the way,” Jones said. “Their families cannot be affording to go drive for three hours to get a hotel room to pay for the gas, to pay for the securest phone calls that cost dollars a minute.”

NM Counties’ report shows as of Aug. 1, Otero County had a 50% vacancy rate at its facility. That’s even with Bernalillo County’s vacancy rate.

“There’s somewhat of a kind of hollowing out I think of our institutions. You know the offices are still there the buildings are still there, but there are fewer people,” said Bennett Baur chief public defender New Mexico Law Office of the Public Defender.

Baur helped make the choice months ago to keep his attorneys out of the Metropolitan Detention Center.

“The lack of staff raised a real concern about the safety of our folks when they are inside the jail,” said Baur.

He says that’s leading to a whole other set of impacts on the court system as a whole.

“We believe that it’s probably leading to more trials because it’s harder for us to build trust with our clients to talk to them and for them to trust advice from their lawyer,” Baur said. “It’s certain that this is going to contribute to delays in the court system.”

“When you have the short staffing the pressure on those that are left is even greater. So that leads to even more of an exodus, and it leads to people not wanting to come into that situation,” said Baur.

Keeping the focus on MDC.

KOB 4 spoke to a Union representative Wednesday about whether they’ve seen an impact yet from the raises the county recently approved.

They have about 15 in the academy right now, the largest class they’ve seen in months. Four just graduated, and three who recently quit returned to their jobs.

They say this won’t be an overnight fix and they expect to have a better idea of the impact from the raises by the end of the year.