ROSWELL, N.M. –  Some local residents are sounding the alarm about what they characterize as abuse of cats and dogs at the city’s tax-funded animal shelter.

The concern has been voiced in the form of an hour-long protest Saturday on the lawn of the Chaves County courthouse during the UFO Festival.

“Most people didn’t know these kinds of things were happening and most people were pretty upset about it,” Megen Telles, a former employee of Roswell Animal Services, and who was at the protest.

Telles and other members of a Facebook group called Support Roswell Animals last week sent a letter to Mayor Tim Jennings along with other city officials and council members, detailing what they describe as Roswell Animal Control’s dysfunction.

“We are concerned about blatant neglect and inhumane treatment of the animals in the kennels,” the letter dated June 28 stated. 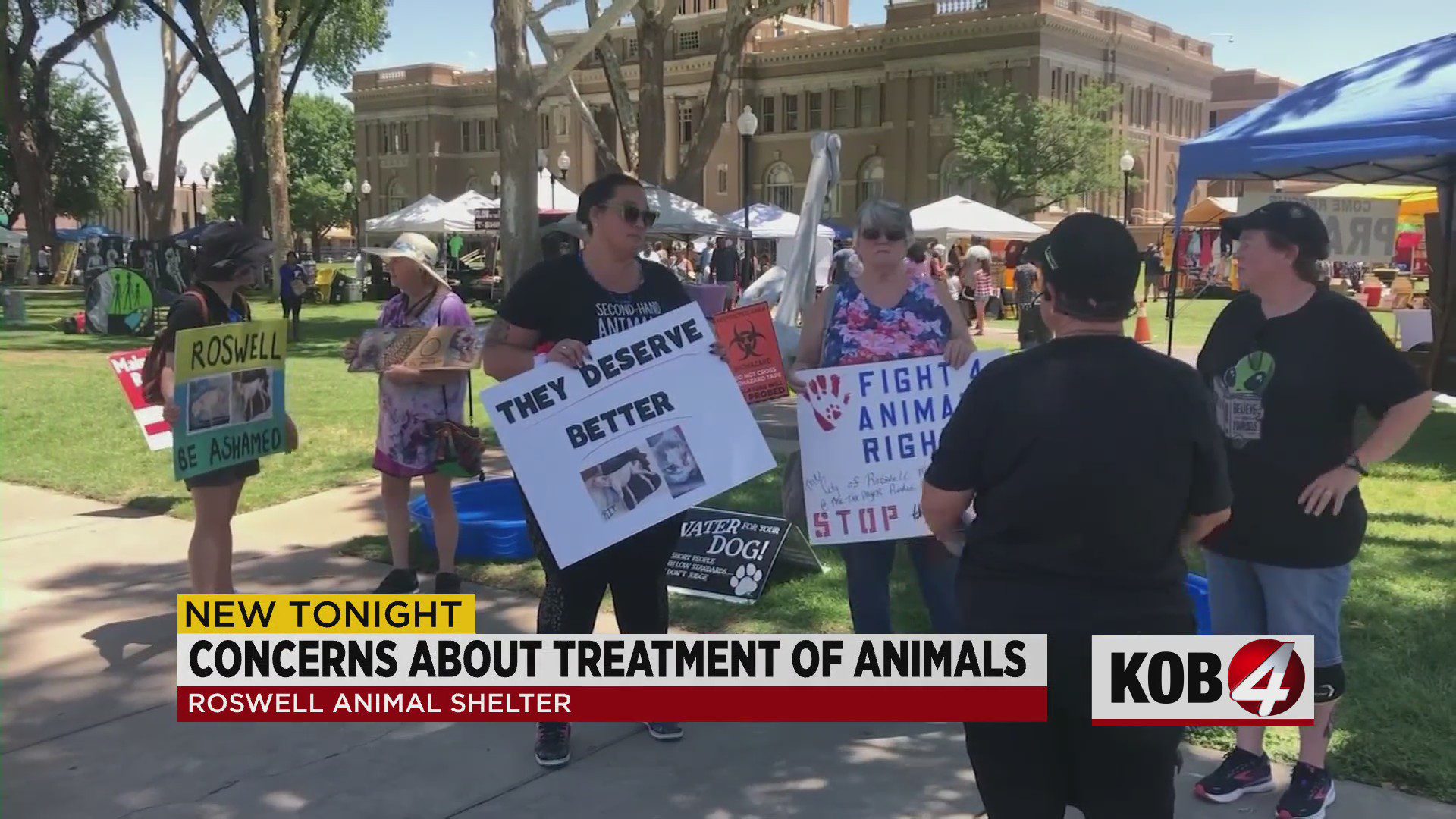 The letter goes on to define neglect as outlined in city codes as “…failure by the responsible party…to provide an animal with all the necessities, including appropriate and adequate food, water shelter, and veterinary care.”

In the letter, three examples are mentioned that portray an animal services program in need of improvements.

One of those incidents involved a German short-haired Pointer brought into the shelter June 1, and misidentified in records as a “male lab mix, brown and white.” The male dog was not scanned for a microchip and was held for days until the owner learned the dog was at the pound.

When the owner attempted to claim the dog, the letter says, animal shelter personnel would not release the dog until the owner provided proof the dog was both microchipped, neutered and poof of receiving a rabies vaccine.

But the allegations go beyond inefficiencies. There are also instances revealed in the letter where cats and dogs did not receive needed medical attention soon enough.

In April a cat named Poppy was admitted to the shelter. Despite injuries and a poor health, the cat was kept in a kennel for 18 days without medical attention.

According to the letter, Poppy was eventually pulled from the shelter by an animal rescue group and subsequently was taken to several different veterinarians, and treated for both a broken hip and an upper respiratory disease.

Anna Edwards had worked with the animal rescue groups to get Poppy medical attention and said the cat was not in good condition at the time.

“She couldn’t stand. She was just lying there. She had, no strength whatsoever,” Edwards said.

Since receiving treatment, Edwards said Poppy has been doing well. But a female boxer taken in that same month was not so lucky.

The letter states the Boxer was held at the shelter for eight days. And despite being severely underweight, was not taken to a veterinarian and kept in a kennel out of public view.

Reportedly the dog eventually had a seizure and was taken to a veterinarian. But the Boxer did not survive.

The city in 2020 did overhaul its ordinances related to the animal shelter, to reduce crowding and make it easier to reconnect lost pets with their owners. But Telles says there is still more than needs to be done.

“We want to make sure we are enforcing the policies they have in place or their directives, and we want to help change them so that the policies are in line with the ordinance,” Telles said.

Edwards and Telles say they have not received a response back from the city about their proposal for a meeting about polices regarding the shelter.

However, in a statement to KOB 4 Thursday, Todd Wildermuth, public information officer for the city of Roswell confirmed the city had received the letter and is investigating the allegations.

“Any inconsistencies in the implementation of the city laws and policies that are discovered by the city’s investigation will be corrected quickly.” Wildermuth said.