ALBUQUERQUE, N.M. — After almost a year apart, a retired military dog and his handler were finally reunited.

In 2020, Senior Airman Jenna Canada and Akim were first paired in South Korea. They patrolled the air base and trained together with the Republic of Korea Air Force’s special forces – but it wasn’t all that easy.

In June 2020, Akim had a bad reaction from being stung by a bee and needed urgent care. For Jenna, it almost seemed like the end.

“I was saying, ‘Please don’t die,’ I was doing everything in my power to keep him alive,” Jenna said. “I wasn’t going to let him die, even though he was pretty much gone.”

Jenna did not give up hope while serving in South Korea. She stayed with her four-legged partner until he recovered. While they didn’t have to say their final goodbyes, they soon had another trying time. 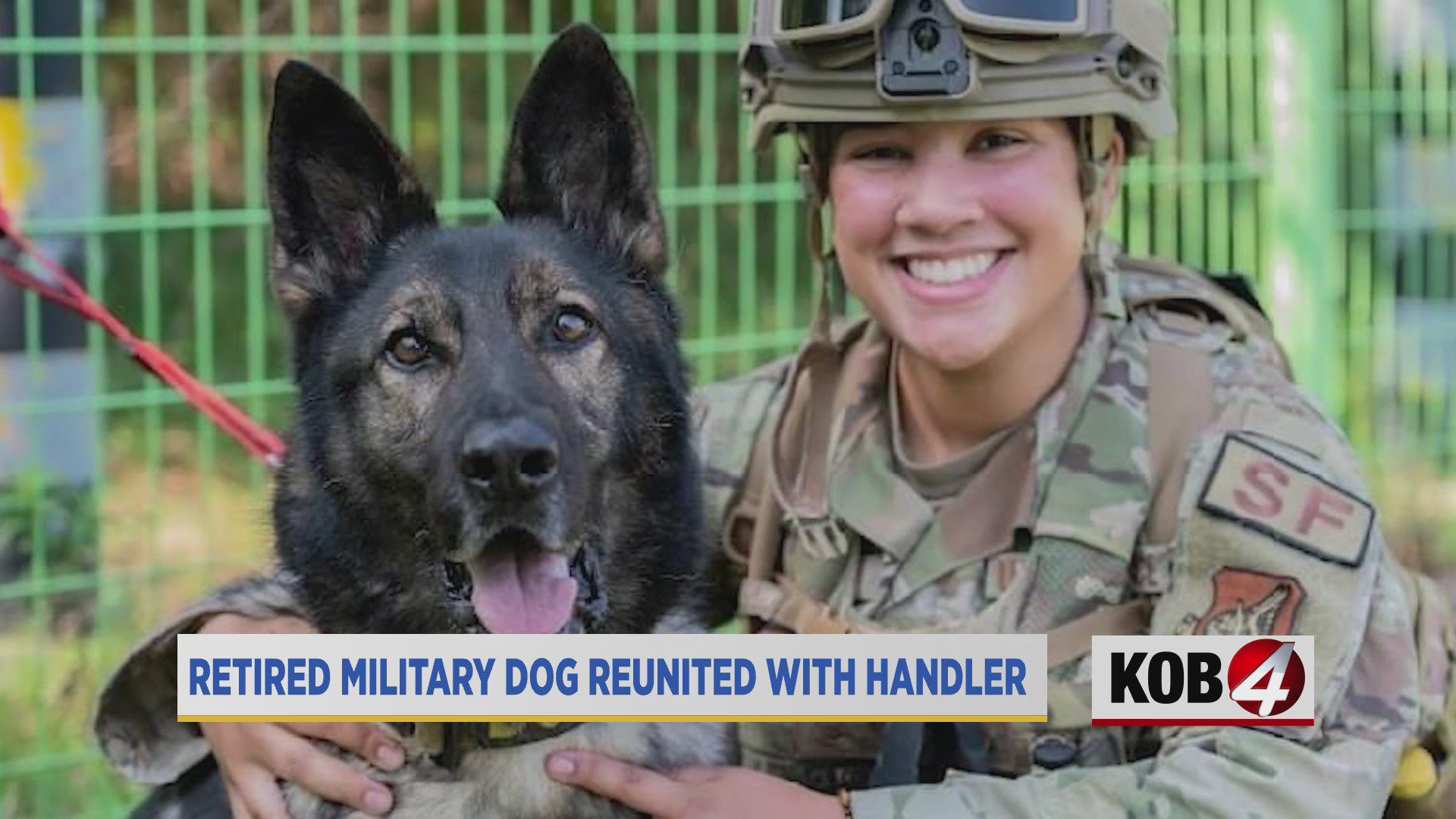 “When I was over in South Korea, it was only a short-term, which is only like one year. After that is when you get new orders,” Jenna recalled. “So my time was coming where I needed to leave and he needed to stay, he was still active in the military.”

Jenna’s new orders brought her to New Mexico – more than six thousand miles away from Akim. Then, eight months later, an opportunity to be reunited came up when Akim retired.

She went through the adoption process of getting him back to the states and into her care. Thanks to the help of American Humane, Akim made it overseas.

“Well of course I was nervous that he wasn’t really going to remember me,” Jenna said. However, it was like he never forgot her once they were reunited.

Akim is now 10 years old and Jenna’s goal is to keep him happy and healthy and to take him on many adventures.