ALBUQUERQUE, N.M. – There were dozens of old computers at the Quelab Maker Space, both Apple and PC’s and these machines really paint the picture of how much technology has advanced. But, these computers also brought together a crowd of people who a passionate about vintage technology.

ABQ Retro Computers public meetup is a step back in time.

“We get together to kind of share our passion on fixing up these old computers and getting them up so everyone can use them,” said Kyle Jones co-founder of ABQ Retro Computers.

“They aren’t making them anymore and most of them have ended up in the trash at this point, so as much awareness as we can get maybe someone can to save them from the trash, and it can end up being used again instead of just rotting away,” said Jones. 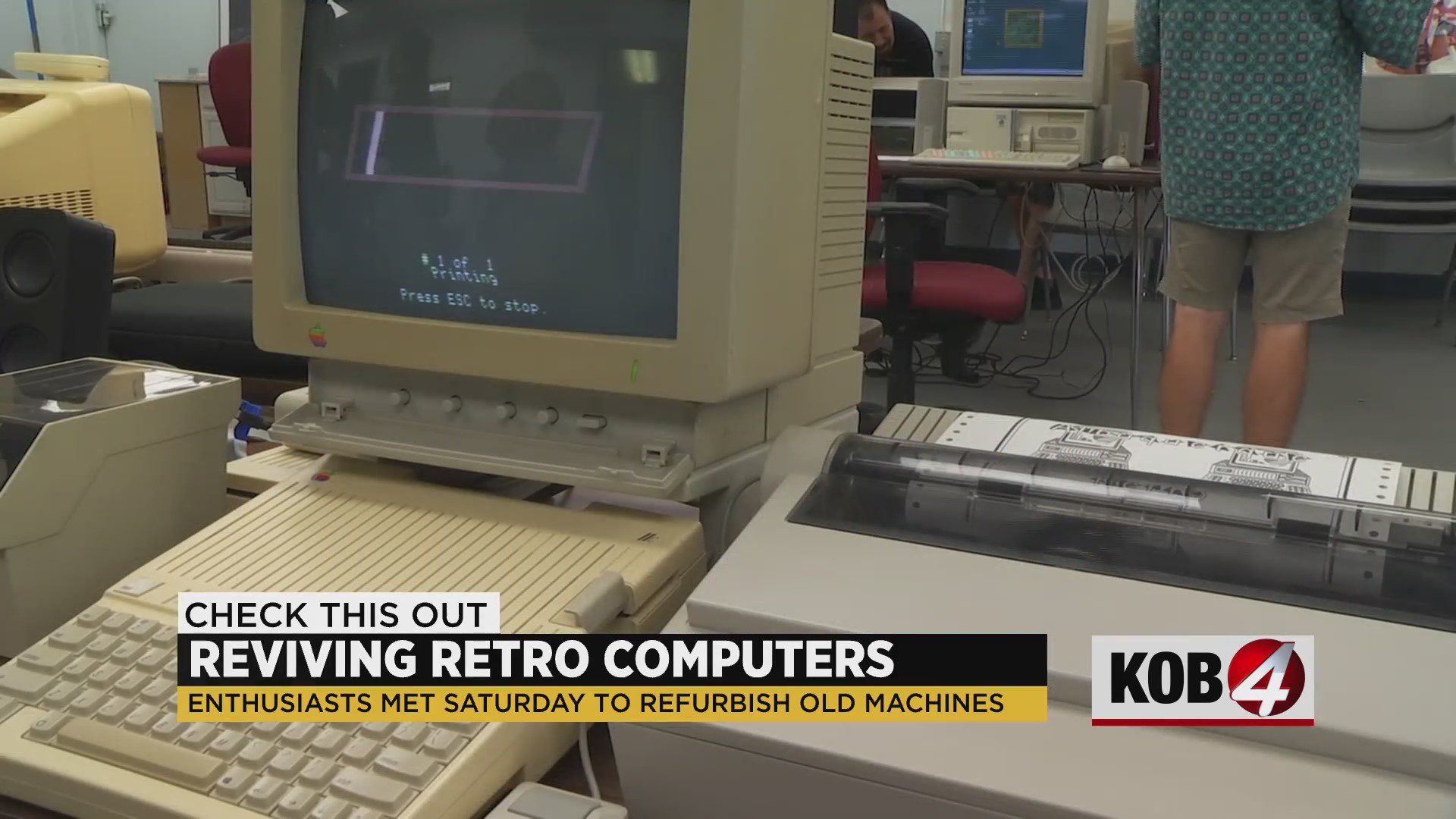 And if you’re thinking about surfing the modern web you’re out of luck, there isn’t even dial-up on these computers.

“Admittedly kind of hard to find a use for one of these machines so this give us an opportunity to use them and unpack them and play around with them,” Jones said.

But it’s their simplicity that fuels Jones’ passion.

“I’ve never successfully opened a modern cell phone but with one of these you can take four screws off of this open it up it’s generally pretty clear. What’s wrong with them, their components can be replaced and things like that there a lot more user-friendly,” he said.

Jones says some of these computers can take several months to restore. However, there are some computers he’s come across that have sat outside for over a decade and have turned on simply by plugging them in.

The next public meet-up will be sometime in March.