ALBUQUERQUE, N.M. – A Rio Rancho woman is facing charges and is accused of driving drunk and crashing into a bicyclist in northwest Albuquerque Saturday morning.

31-year-old Mollie Duran is in jail facing charges of great bodily harm by vehicle and leaving the scene of an accident, after allegedly driving drunk and plowing into a bicyclist.

According to court documents, it happened just before 10:30 a.m. Saturday on Unser near Kimmick.

The criminal complaint states the bicyclist was in a designated bicycle lane when Duran’s SUV hit him from behind.

He was “…thrown into the air and over the top of the vehicle before striking his head on the asphalt.” 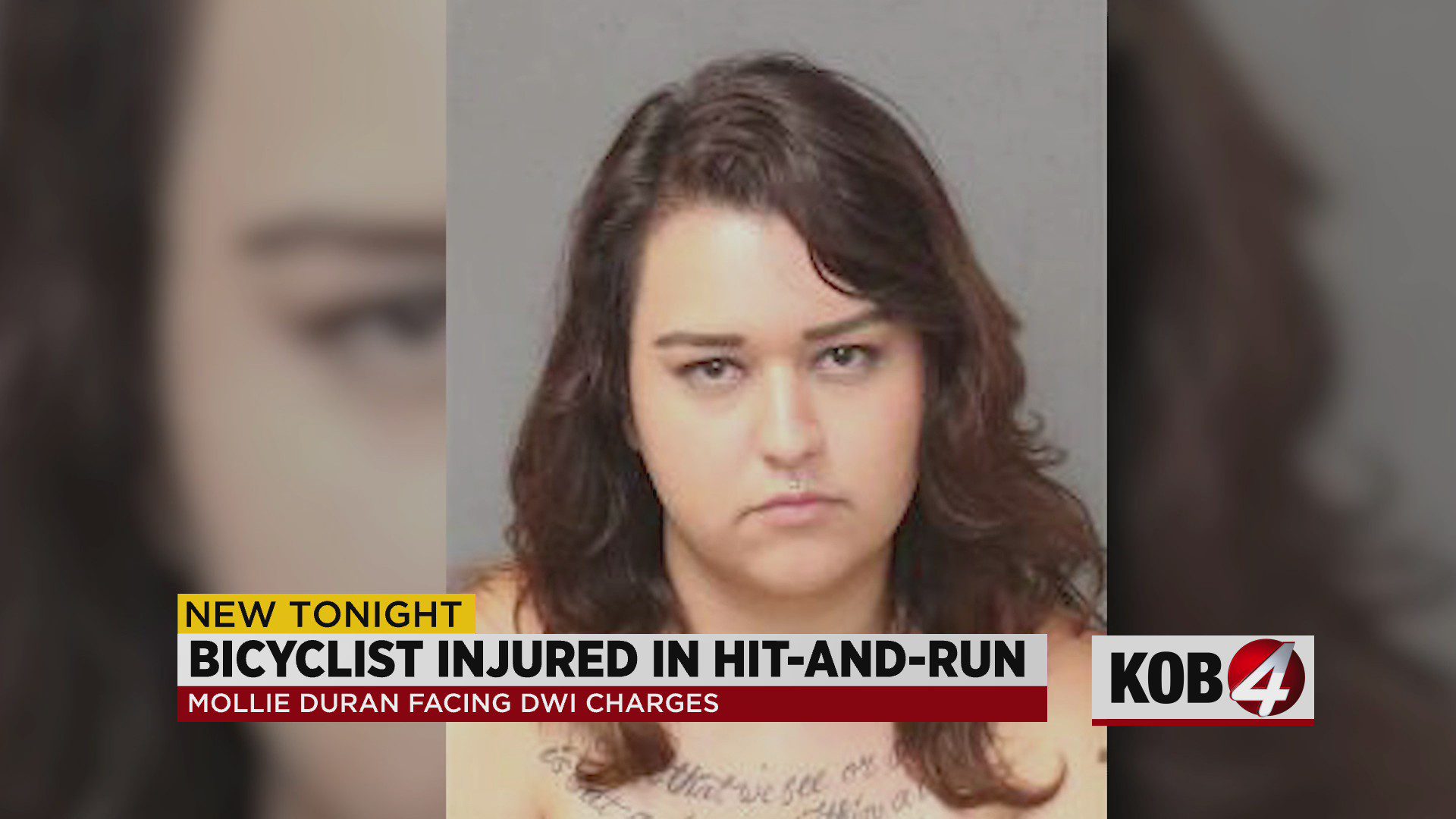 Another bicyclist riding with the victim told police the SUV paused after the crash for a few seconds before driving off.

Police say they caught up with Duran a short time later at Southern and Unser, noticing significant damage to her windshield and shards of glass in her front seat.

At last check, the bicyclist was in critical condition.

Duran is still in jail and is expected to make her first court appearance Monday.