Rising rent prices in Albuquerque are increasing frustrations among residents

ALBUQUERQUE, N.M. – A group of protesters rallied outside city hall Monday night during the city council meeting. The group “People’s Housing Project” organized the event. They’re asking city councilors to address rising rent prices by calling on state lawmakers to get rid of a prohibition on rent control.

“The cost of living is only getting more expensive, and rent is getting higher and higher,” said Christy Chui.

Chui says she was forced to move from her apartment in northeast Albuquerque after her rent increased from $650/month to $1,300/month in just one year. She did not disclose what complex she lives in.

“There’s nowhere in Albuquerque that I can find for the same price that I came in with, everything is way more expensive,” she said.

New data from Apartment List confirms rent prices are increasing in Albuquerque. The median price for a one bedroom apartment is sitting at $1,079/month. That’s an 11.5% increase from this time last year and a 40% increase from March 2020. 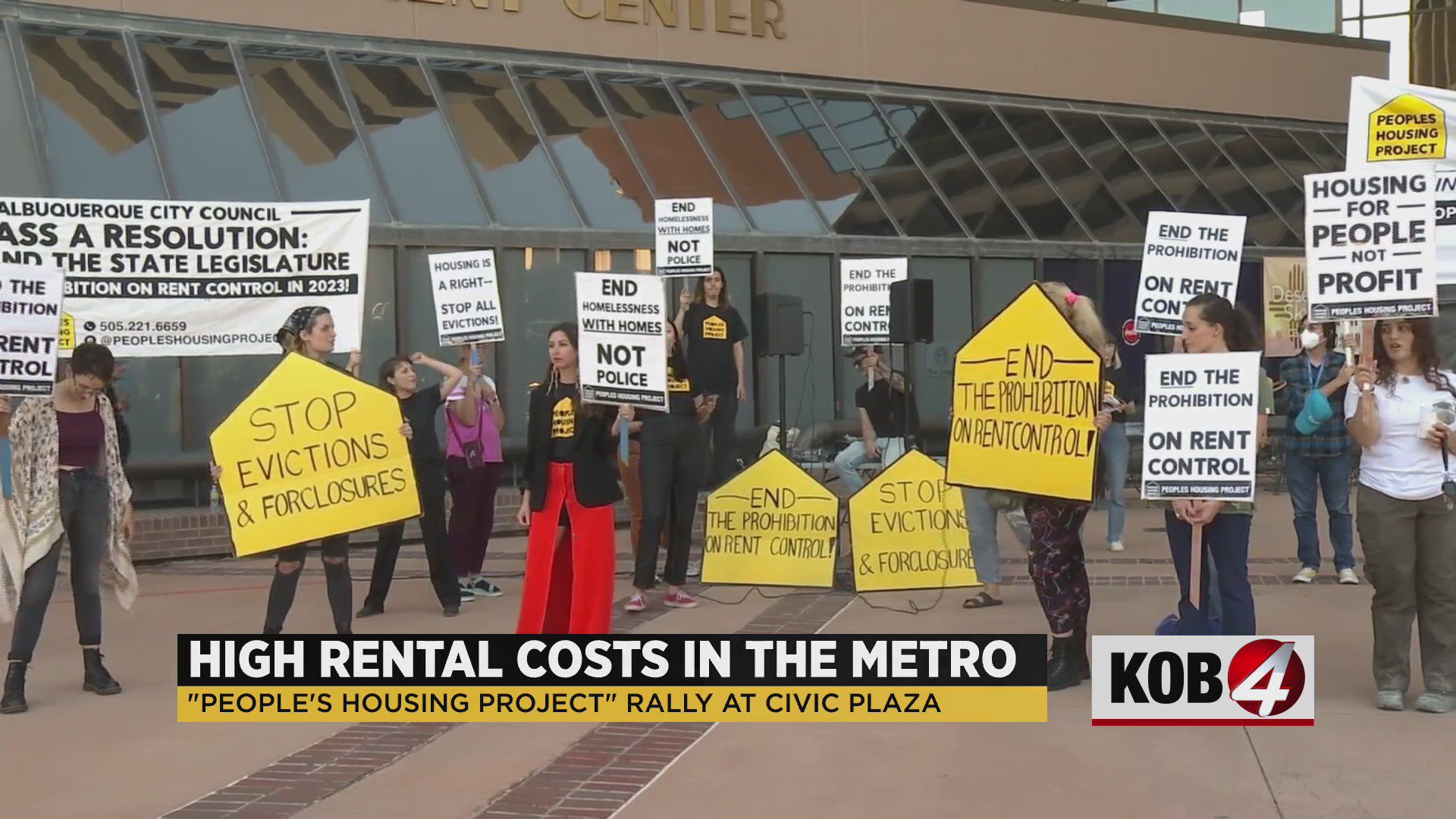 Danger Varoz says his rent also increased out of the blue.

“In December, I got back from a vacation to find out that in order to renew my lease, I would have to pay an additional $500 every month,” he said. “I put rent on my credit card while I was trying to feed my family and try to put myself through school. It was really hard to manage that. But at the end of it, I did find another market.”

Varoz says he saw the price for some apartment increase multiple times while searching for a new place to live.

“They noticeably go up every month,” he said. “If you’re looking for an apartment and you keep checking in on places. You see them going up.”

The people who are setting the prices for apartments say Albuquerque is facing a supply and demand issue.

Sheldon’s company manages 350 apartment units. He says landlords are facing their own rising costs. He says the swamp cooler unit they typically use in Albuquerque is $350 more expensive than it used to be. He also says they are raising rent prices to keep up with increased labor costs for their employees.

Sheldon says other landlords will likely not charge below those rates.

“You couple that with increasing cost, increase in labor, and you have this inflated situation is going on, exasperated by the fact that we have a shortage of housing,” Sheldon said.

Sheldon believes the solution is a mix of new construction and revamping old complexes built in the ’50s and ’60s.

“That’s going to create some space,” he said. “The lower units we need to rehab so that people have quality housing, and they can live in and it’s quality, safe housing.”

Protestors at Monday’s rally are asking for some form of rent control.

“The city is barred by state law from interfering with rental contracts. Only the state can change terms of contract, including rent. Both councilor Fiebelkorn and I expressed an interest to work on this and introduce legislation asking the legislature to consider it, but the group has still failed to deliver any text of proposed state legislation they would like us to send to the legislature.”