ALBUQUERQUE, N.M. — Abortion access around the country will soon change, but not in New Mexico. Instead, organizations, advocates and providers predict a very different outcome from the fall of Roe v. Wade.

The path to abortion care may lead many women to the Land of Enchantment.

“I am personally opposed to abortion,” said Michelle Giese, a protester with 40 Days for Life.  “I think it’s evil.”

“That’s been the goal, of the anti-abortion movement, is to create so much shame and stigma that people don’t even consider abortion as an option,” said Joan Lamunyon Sanford, executive director of New Mexico Religious Coalition for Reproductive Choice.

In the state of New Mexico abortion is an option. A choice that will not go away with the fall of Roe v Wade. 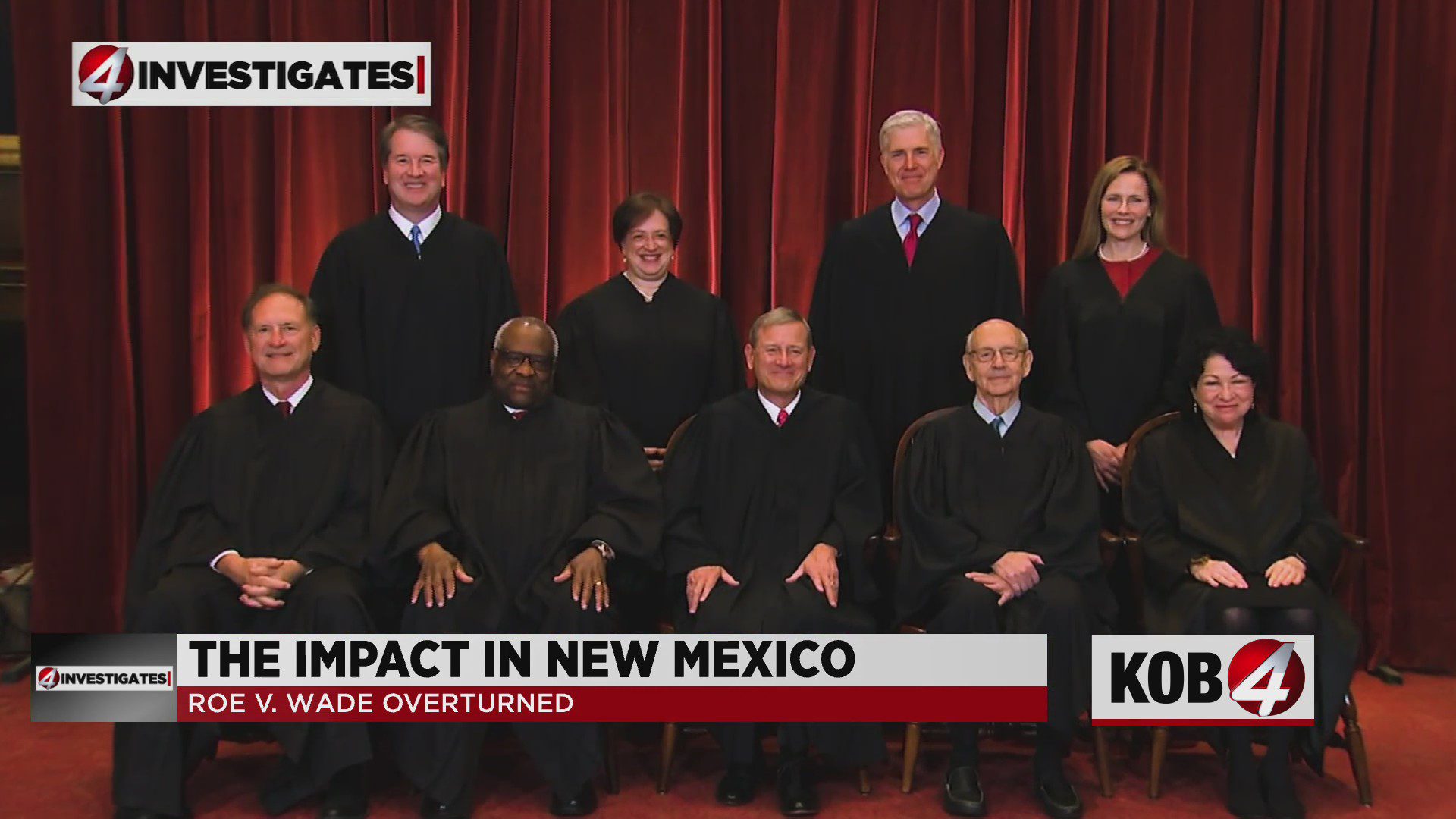 “I just want people to think twice. About what this is, what it means and what they’re doing and hopefully change some hearts and minds,” said Rich Willis, a protester outside of Planned Parenthood on San Mateo.

“They have already deeply considered this decision,” said Lamunyon Sanford. “That’s a decision between them and God.”

Though the debate on right or wrong is far from over.

The life-changing decision to end a pregnancy is a choice Joan Lamunyon Sanford understands.

“I wasn’t prepared to be the best parent I could be,” she said. “I was still in school. I was young and naïve, finishing school was a priority for me.”

She had an abortion in her early 20’s, in college, unmarried.

“It was a decision that I prayed on. That I knew was right for me,” said Lamunyon Sanford.

Now she’s an advocate with the New Mexico Religious Coalition for Reproductive Choice to make sure every woman has the option to make the choice she did.

Without a federally protected right to abortion care, women will turn to New Mexico for that choice.

Dr. Lisa Hofler is with the UNM Center for Reproductive Health.

“We’ve seen what happens when a neighbor prohibits this care,” said Dr. Hofler. “We have folks calling us from Texas, who are high risk doctors, who say ‘this pregnancy, their complications are so that it’s not safe for them to continue the pregnancy’ or ‘it’s not right for them,’ or ‘their risk of death is too high’ they need specialty care as well.”

They’ve seen a 50% spike in patients since Texas banned abortion after six weeks. Adrienne Mansanares is president and CEO of Planned Parenthood of the Rocky Mountains, where there’s a two week wait for abortion services. She expects demand will be overwhelming.

“Those states that have said they’re going to, go dark, that’s where the projection of about 7,000 patients coming from Texas and surrounding states come from,” said Mansanares.

Compare the projection of 7,000 women to the 2739 abortions performed at clinics in New Mexico in 2020 – the most recent data available from the New Mexico Department of Health.

That does not include medicine used to induce abortion. That’s a telehealth option that is becoming more common.

“We saw a very steady increase where we’re seeing almost four times as many people as we saw a year ago,” said Lamunyon Sanford. Lamunyon Sanford’s organization sets aside money to help people make the trip to New Mexico.

“A place to sleep, a meal to eat, spiritual support, companionship. Our volunteers pick people up at the airport at all hours, take them to their appointments,” she said.

Funding she said they will need more of. Albuquerque City Councilor Tammy Fiebelkorn has earmarked $250,000 in the 2022 city budget for Planned Parenthood operations – services she calls essential.

“I do think of it as something that’s at risk in this country right now. Anything we can do that number 1, make sure that Planned Parenthood has the funds they need to provide those services, but also, equally important to send the message that Albuquerque is a safe haven,” said Fiebelkorn.

“Abortions always happen and will continue. Having a law in place is not going to stop. It’s also a question of who has access. Those women and persons who have more money can access the services,” said Sen. Linda Lopez.

Dr. Hofler said most of the women they serve, who are seeking abortion, already have children, and many of them live below the poverty line. For a single person that’s around $13,590 a year.

That’s roughly the same amount the USDA estimates is the cost of raising a child per year.

According to the CDC, close to 93% of abortions are in the first trimester, and 58% of those women are ending pregnancy for the first time.

“I think we need to step back and look and see what we can do to help our women, especially in places they traditionally don’t have access to a clinic,” said Sen. Lopez.

For now, she said New Mexico is a safe haven, for a safe option, she says the state will stand behind.

“If I could go back, that’s one thing I would say I do regret,” said a New Mexico mother, Sarah Wasson.

But there is another alternative to abortion. It’s one Wasson discovered after her own abortion years ago.

She’s moving forward, sharing her story of life – the other choice of adoption.

So what options do women have in New Mexico when it comes to adoption? We’re taking a closer look at that in our next report Saturday at 6 p.m.