SANTA FE, N.M. – For months, Mark Ronchetti has been selling himself to Republican primary voters as the candidate who can beat Gov. Michelle Lujan Grisham. A new KOB/SurveyUSA poll shows he’s close to the Democratic governor in a theoretical head-to-head matchup.

Gov. Michelle Lujan Grisham holds a narrow 47-43% lead in the poll, which asked likely November voters who they’d vote for if the only two candidates on the ballot were the governor and Mark Ronchetti. The rest of the voters surveyed were undecided.

“It’s obviously very positive news for him. It shows that the governor has some work to do going into the summer and the fall to win the election,” said Tim Krebs, a political science professor at the University of New Mexico.

The governor won a hypothetical matchup against each of the five Republican primary election hopefuls. Aside from Ronchetti, no challenger rose above Sandoval County Commissioner Jay Block’s 37%. The governor polled highest against challengers Rebecca Dow and Greg Zanetti, reaching a 48-36% mark, and against former Cuba Mayor Ethel Maharg, whom she led 48-32%. Lujan Grisham failed to reach the 50% mark against any challenger; considered a much safer starting position for an incumbent facing a general election challenge.

The poll also asked voters what issues were top-of-mind as they considered voting. The economy and inflation was the easy winner, with 41%of voters saying it was their most important issue. At 16%, crime led a three-issue group in second place. Climate change and water supply concerns were at 13% as fires raged across the state. Border security, the dominant issue in the Republican gubernatorial primary, polled as the most important issue for only about one out of eight voters. Education, housing and other issues scored in the single digits. 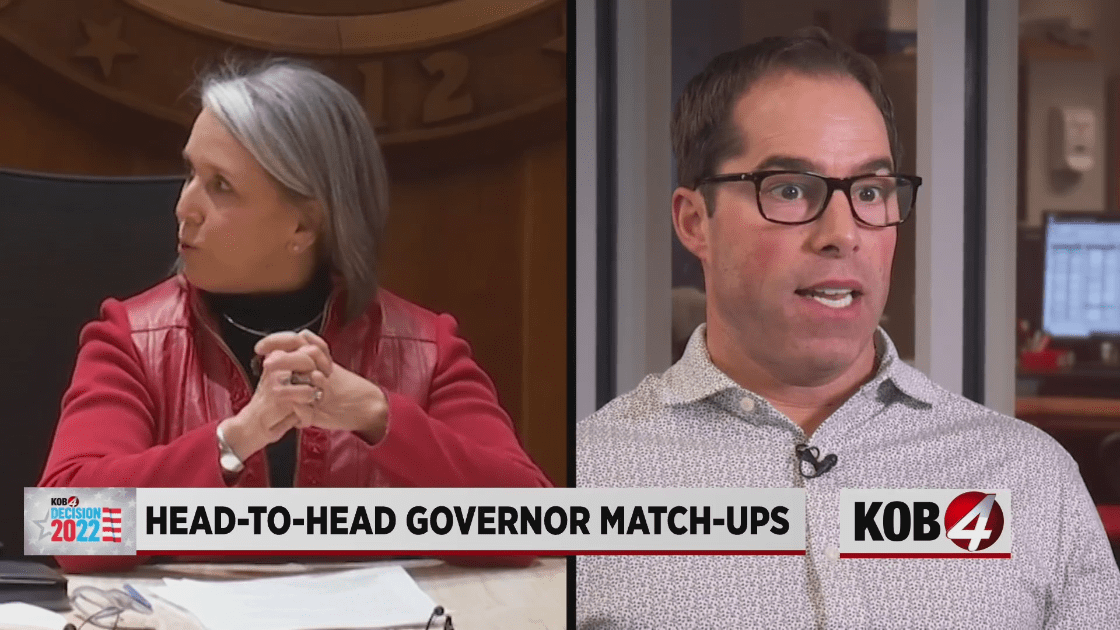 Among voters who considered the economy and inflation to be their top issue, Ronchetti held a nine-point lead over the governor, 49-40%. However, Lujan Grisham led Ronchetti with voters who were most concerned about crime, 46-44%.

In Bernalillo County, where Albuquerque has endured a violent crime spike lasting more than a year, voters still rated the economy as their most important topic. Crime was second, at 26%. The Democratic governor held her own in the increasingly blue county, though, widening her lead over Ronchetti to 52-39%.

Moderate voters also heavily favored the governor over all her challengers. She held an 18-point lead over Ronchetti, 52-34%. In a separate polling question, Ronchetti easily outpaced his primary election rivals, with a 32-point gap to his closest competitor. The former TV meteorologist and 2020 U.S. Senate candidate has been saturating the airwaves with a combination of campaign ads that attack his chief fundraising rival, State Rep. Rebecca Dow, and that tout his conservative credentials.

“Whoever wins is going to have to tack to the middle a little bit as we head into the general election,” UNM’s Krebs pointed out. “And that advantage among moderates for her is going to serve her very well in November.”