RIO RANCHO, N.M. — For the second time this week, Rio Rancho police found themselves in a shootout with a suspect, this time in a Walmart parking lot. Police say they now have three people in custody in connection to this incident.

Just two days after Rio Rancho police say they were shot at by Antonio Esparza, they were responding to another officer involved shooting. This shooting happened at Walmart on Unser Saturday morning.

According to police they were looking into a suspicious vehicle parked in a handicap spot when a man ran out of the store to the car and tried to shoot an officer at near-point blank range.

After officers shot back the car took off and police once again asked the public for help.

“We received various amounts of tips and through the hard work and of our investigators we were able to locate that vehicle, that was involved in the Walmart incident in Albuquerque, near I-25 and Osuna Road,” said RRPD Lt. Jacquelynn Reedy. 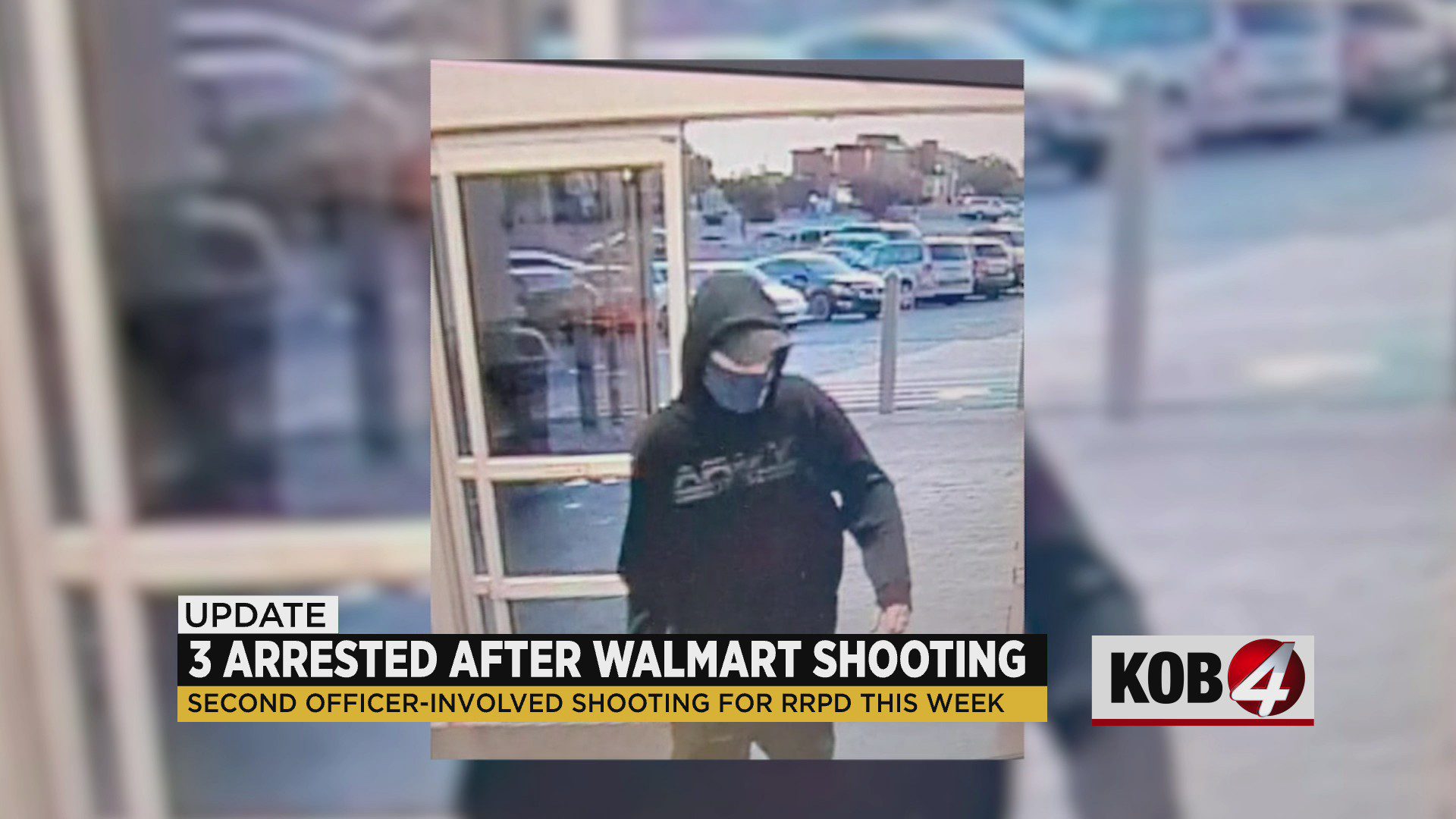 Police say the vehicle was stolen and when they found it at the Studio Six Motel they also found another stolen car. It’s still unclear what the suspects were doing at the Walmart.

The man who police believe shot at officers was taken into custody along with two women also believed to be connected to this incident.

Rio Rancho police say they’re just as shocked as the public to have another shooting like this back to back, but their top priority will always be public safety.

“We want everybody to know that these incidents are a result of us trying to keep the public safe. These were violent offenders and they are now off the streets,” Reedy said.

No officers were hurt in this incident.

The suspect was taken to the hospital with gun shot wounds but his condition is unknown.

Despite only being days apart, police do not believe the two officer-involved shootings are connected. However, this continues to be an ongoing investigation.