RIO RANCHO, N.M. – Rio Rancho Public Schools has a bus driver shortage. The district was looking at changing the distance students would have to walk to school in order to keep the buses running on time, but the school board shot that proposal down.

Last school year, RRPS sent a warning that some bus routes could be canceled because of a bus driver shortage.

The district says they’ve made improvements since then but they still have a problem of too many routes, and not enough drivers.

District officials say their transportation department is in the hole of more than a million dollars but it’s still trying to attract more drivers by raising pay to nearly $20 per hour. 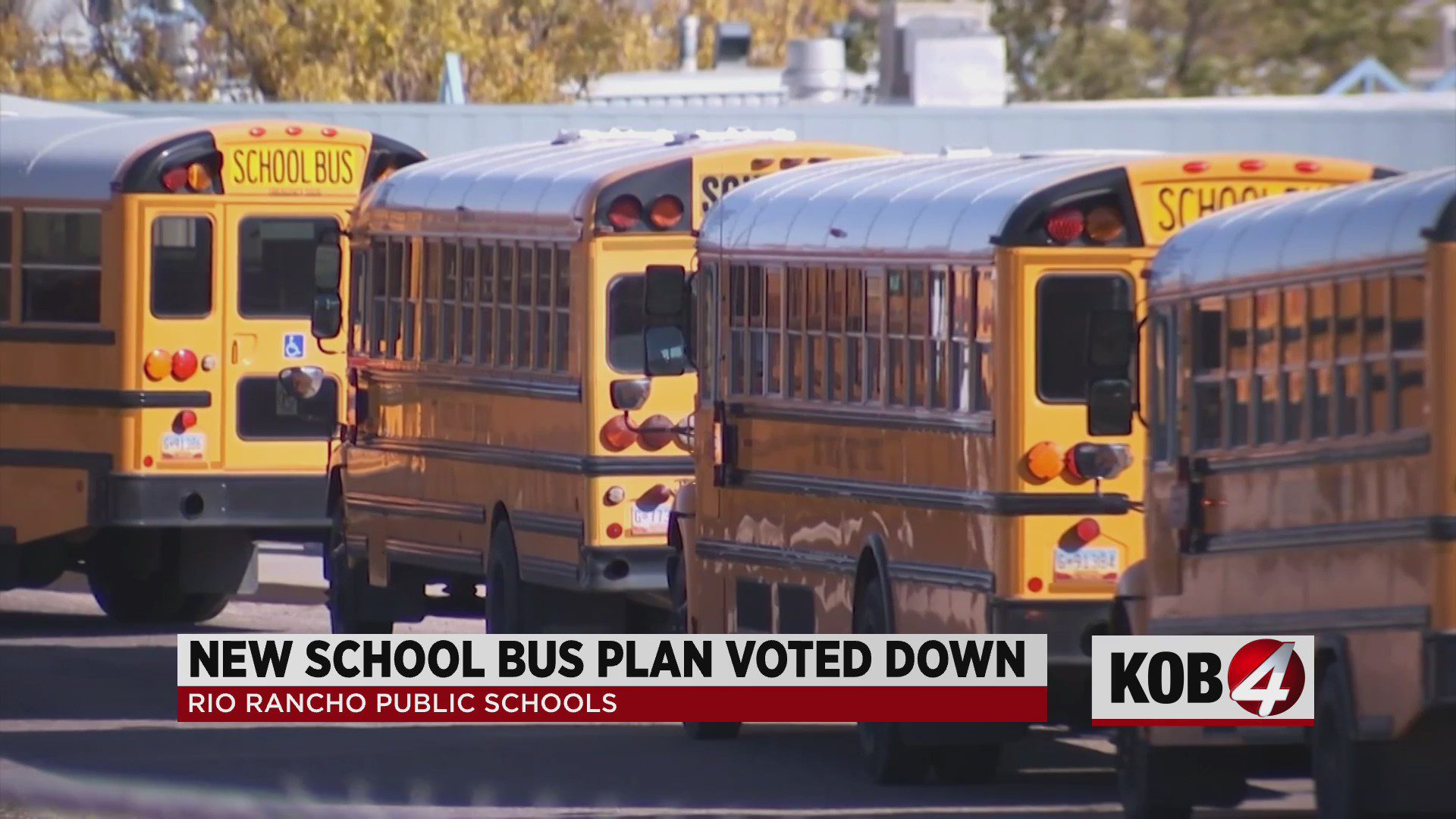 “Although year after year we would increase the salary on bus drivers, it seemed to have no effect on us actually hiring,” said Baker.

So the district is making changes. That includes changing bell schedules with most elementary and middle schools now starting 10 minutes later.

Bus stops are also being consolidated.

District transportation officials also wanted to increase “walk zones”  or the distance students have to live from school to qualify for bus transportation.

They say the change would allow them to take three buses off the routes, and reduce the number of stops drivers have to make. But the board wasn’t sold at it’s meeting last night.

“I am very concerned about this proposal for a variety of reasons. We don’t have sidewalks in this community, we have very few bike paths to our schools, we don’t have public transportation, and so our parents really don’t have alternatives,” said a board member.

It wasn’t just safety but the numbers that concerned the board.

Transportation officials said around 700 students would have been affected and those students attended only half the district’s schools.

The board made it clear they felt a real fix will have to come in the form of additional funding from Santa Fe.

“What we really need is the state to step up and fix this problem for us. And we need parents to reach out to our legislators and make it very clear that we’ve got a problem here that we need to solve its more than just dollars and cents it’s kid’s safety,” said a board member.