Ruidoso residents work to stay ahead of potential flooding

RUIDOSO, N.M. – The McBride Fire burn scar in Ruidoso could be the first to send a wall of water rushing to properties nearby.

On Monday the rain was coming down consistently and Tuesday it was fairly light.

Crews were keeping an eye on the neighborhood along Gavilan Canyon Road, where everyone stepped up to help each other.

“We have been clearing out the ditches and the culverts in fact we have increased the sizes in the Gavalin Canyon area and just today we have the Department of Transportation cleaning out all the drainage in the midtown area,” said Mayor of Ruidoso Lynn Crawford.

Village of Ruidoso officials say they’ve been preparing for the monsoon season for weeks and making sure neighbors were ready, too. 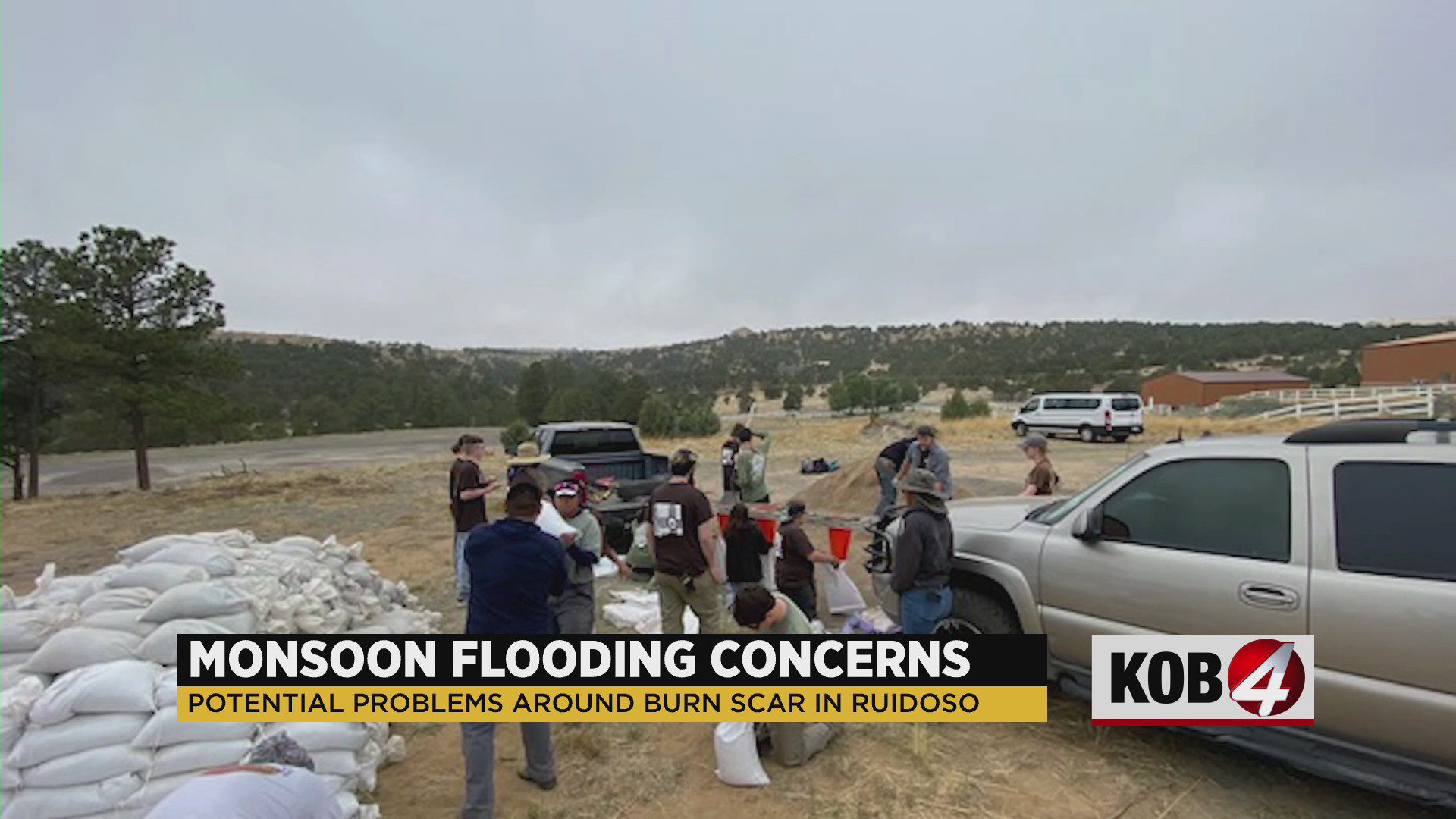 “We are getting more and more prepared here in the village of Ruidoso whether it is a fire, flood, we’ve had had all those things,” said Crawford.

Filling sandbags is a given and people had plenty of help.

“We are usually called twice a year right before the rains start, they call and ask us if we can build sandbags,” said Stephen Carter executive director of EcoServants.

EcoServants is a local non-profit where volunteers have been putting together sandbags since 2008 – and they can fill about 500 a day.

“We usually set up a ladder with a couple of saw horses and we will have three or four road cones filling the bags underneath it and someone behind tying it,” said Carter.

Sandbags are just the first line of defense. Some folks have dug trenches around their home to hopefully redirect any water.

A unique situation for many in Ruidoso is while they prepare for potential flooding, they’re also thankful for the rain since the New Mexico drought caused so much heartbreak just months ago.

“Now people are dancing in the rain because we got these showers that have been coming in every afternoon,” Crawford said.

Crawford said he is confident the improved culverts will be able to handle the current rain coming down. He is more worried about the possibility of thunderstorms because even with all this moisture, a lightning strike could start another fire.