SAN JUAN COUNTY, NM. – Fighting fires is a mentally and physically demanding career and most of the time, firefighters don’t make an hourly wage.

A 2019 estimate done by the National Fire Protection Association shows more than half of all firefighters in the country are volunteers.

“We have 200 volunteers but 60 of those are really our core active members, the rest respond when they are available,” said Jordan Richards with San Juan County Fire and Rescue. “If we could have all 200 active and responding all the time then we would be a lot better set up than what we are, ideally we would have 300 or 400 volunteers.”

Like most counties in the country, San Juan County operates a combined fire service made up of both paid and volunteer firefighters. 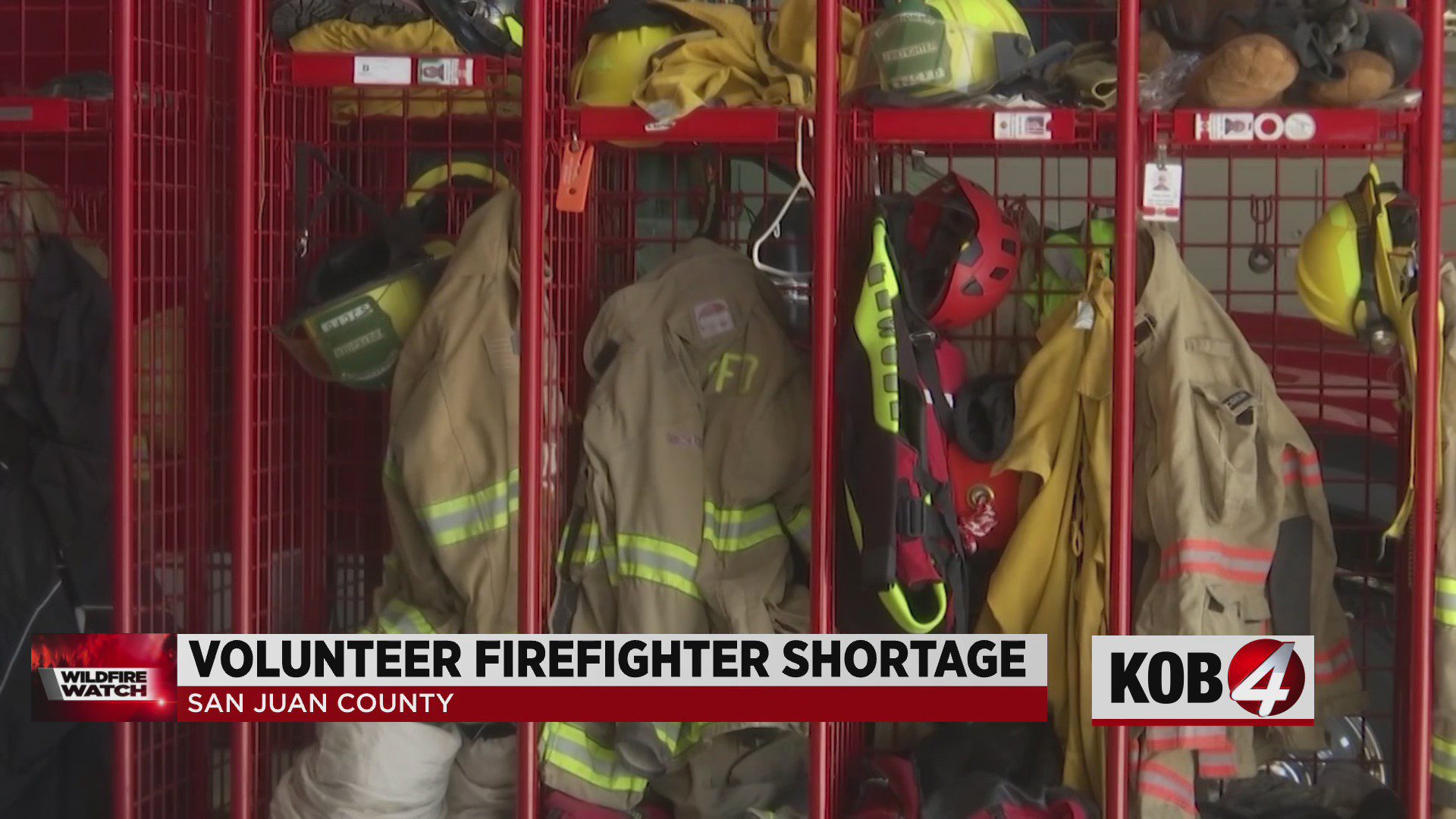 Despite the pay, there is no difference training-wise.

“When you see a fire truck show up with volunteers on board they are just as qualified as if a paid fire truck showed up, the only difference is that the paid guys are earning that bi-weekly paycheck and the volunteers are getting $10 to be on that call,” Richards said.

However, the biggest difference lies in how many volunteers are willing to give up their time.

“It’s across the state of New Mexico, it’s across the country, people are busy they don’t have time, we have seen a decline in just people living in San Juan County. People have moved for jobs that kind of stuff, so as we lose citizens to jobs outside the area, we lose volunteers,” said Richards.

Fewer volunteers can slow down response time, so San Juan County divides its resources to combat this.

“We adopted a model called a ‘multidistrict response crew’ that we keep in central locations around San Juan County. So those crews are able to respond to a wider area than just their assigned district,” Richard explained. “It improves our response time which then gives our volunteers the opportunity to still respond to the station and come to call, but we got a quick hit on whatever we are doing right, so whether it’s a fire or a car accident or a medical call we’re there quickly, and we have more help on the way.”

San Juan County has expanded the types of volunteer positions they are recruiting for to also include EMS volunteers and driver operators to help accommodate the 70% of medical or rescue calls they receive.