ALBUQUERQUE, N.M. – Sandia National Labs is stepping up to help the community it calls home. They’ve launched a fundraising campaign to help raise money for those impacted by these fires. Since May 7, donations have been rolling in.

“At the point in which we issued our call to our employees and kind of told them what we were trying to accomplish. We were able to raise $8,000 from employees in 10 minutes and then within two hours we had collected $25,000,” said Roberta Rivera, community relations specialist at Sandia National Labs.

As of Tuesday, Sandia employees have now donated $103,000 and the push for more funds isn’t over yet – it’s running for another 10 days.

“You know, growing up in the city, you never imagine in a million years that fire would possibly enter the city,” said David Bustamante, who works at Sandia and grew up in Las Vegas.

He drove up to Las Vegas to make sure his family was OK and help them gather important documents and other belongings. They live at the edge of an evacuation zone. 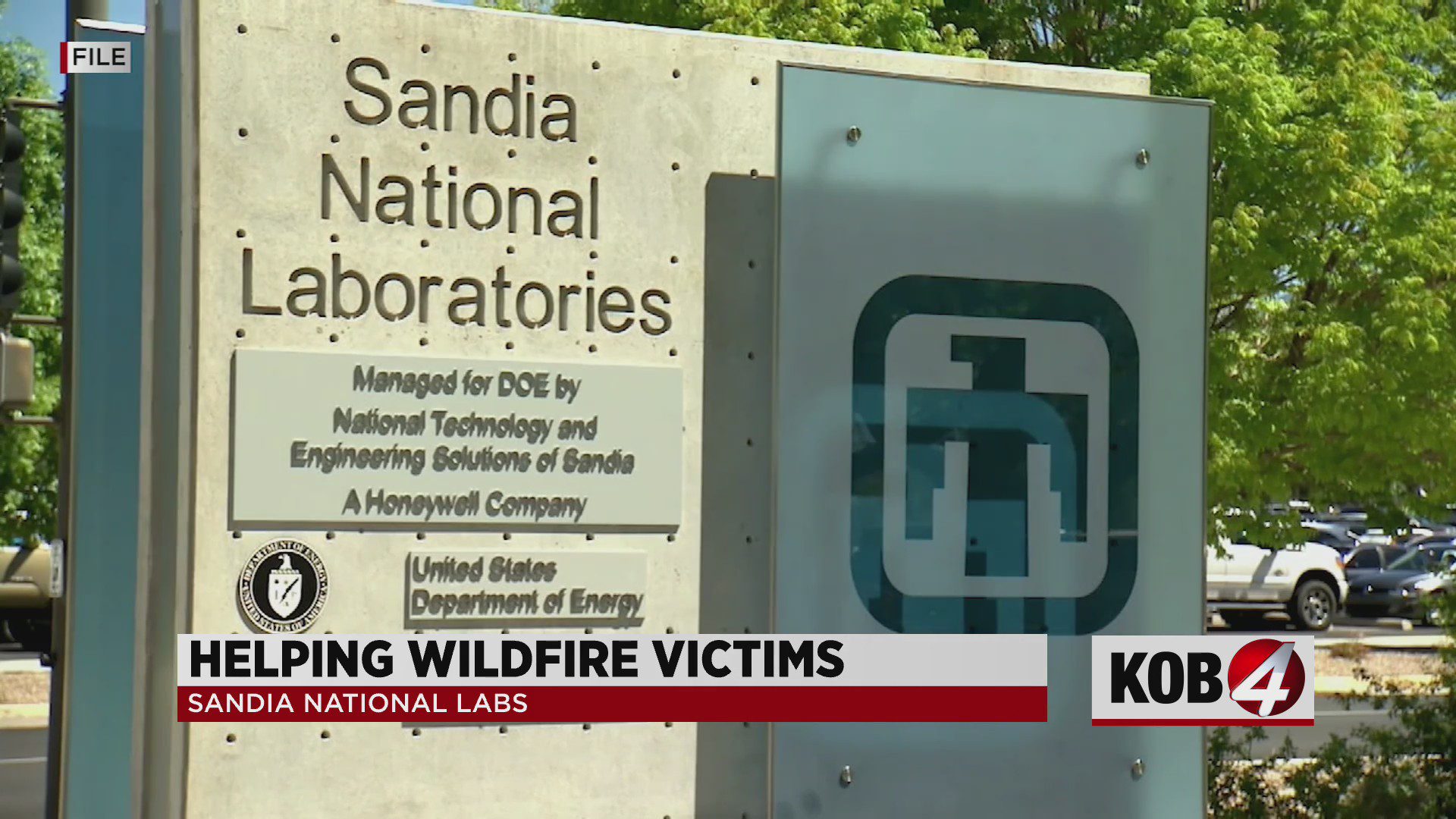 Fortunately, firefighters were able to save his parent’s home, but other family members and friends didn’t have the same outcome.

“We have friends and family who lost you know ranch houses, houses up north of the City of Las Vegas and closer to Mora in that area,” said Bustamante.

Sandia has also set up collection boxes around the complex, specifically for the firefighters on these fires.

“We received a very specific list of needs that our firefighters need, and so that drive is occurring this week Monday through Friday,” Bustamante said.

They are collecting items like hydration enhancers, toothbrushes and new socks.

“I just want to say a big thank you to all the firefighters who are coming into our state or from other communities from within our state who are on the front lines every single day to help battle and control this fire and to help save people, history, livestock, anything that they can help with,” said Bustamante.