ALBUQUERQUE, N.M. – Years ago, Sandia Peak Tramway tried bringing a new attraction to the top of the mountain in the form of a mountain coaster. KOB 4 just learned that there will not be a mountain coaster coming around the bend any time soon.

The people behind the idea quietly put the idea on the shelf months ago, so KOB 4 asked why.

“At that time it seemed very likely we could have a coaster approved, ordered and built within two years,” said Ben Abruzzo, Sandia Peak general manager.

Abruzzo says at one time they were excited about bringing a mountain coaster to Sandia peak, but things changed.

“I’m just disappointed that we couldn’t get there,” said Abruzzo. 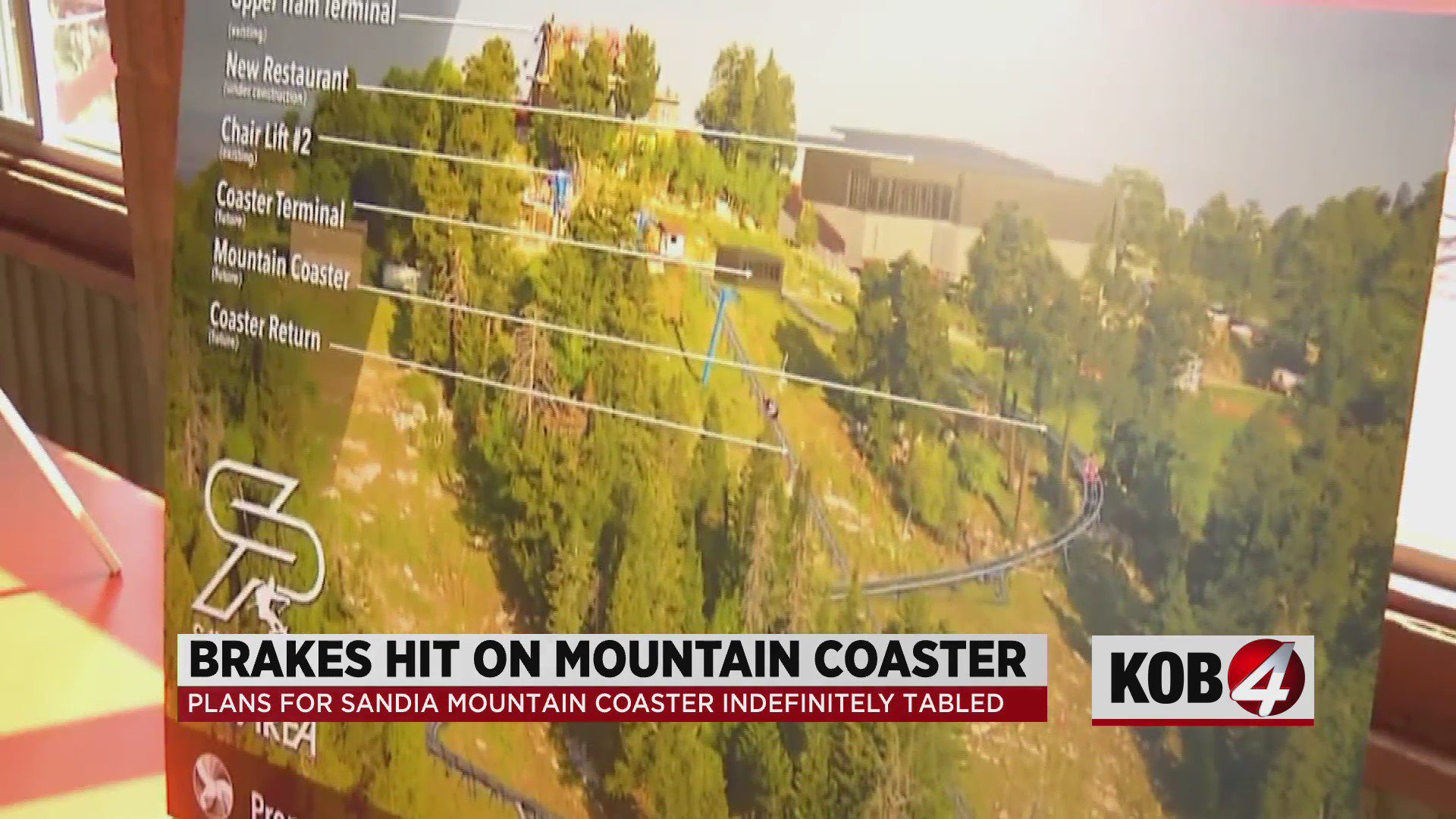 The plans to bring a new attraction to the top of the mountain are on hold.

“We’re using the word, ‘pause,’ because it is still a viable project,” said Abruzzo.

The idea started gaining traction in 2018.

“We’ve had a lot of tough winters, so we do have a need for year-long opportunities,” Abruzzo said.

He says back then, they thought bringing a new anchor attraction to the top of the mountain could be the start of bringing more investments to Sandia Peak. Then, the public comments started.

“This land is sacred.”

“We are in a climate crisis.”

‘The mountain coaster must be opposed in the strongest possible terms by anyone that cares for the sanctity of the local environment.”

Just a small sample of the overwhelming sentiment from the over 1,500 hundred comments.

“People are entitled to their opinion,” said Abruzzo. “A lot of them were just misinformed.”

He says they would have been required to perform the most stringent and expensive environmental impact study required by the National Forest.

Instead, the cost and time, caused them to tell the Forest Service back in February that they’re putting the brakes on the coaster idea.

“It’s just not what we’re going to pursue based on the constraints given us at this time,” said Abruzzo.