Officials say the crash involved a Rail Runner train and a 2014 Jeep Cherokee on State Road 313 near milepost 15 by San Felipe Pueblo.

Derrick Tenorio, 30, of Santo Domingo Pueblo, was driving the Jeep east on a private road toward State Road 313 with a six-year-old girl as his passenger. As Tenorio tried to drive across a private railroad crossing, the Jeep was reportedly struck on the driver’s side by a southbound Rail Runner train.

Tenorio and the six-year-old girl sustained fatal injuries and were each pronounced dead at the scene.

According to a Rail Runner spokesperson, 90 passengers were on board the Rail Runner at the time of the crash. 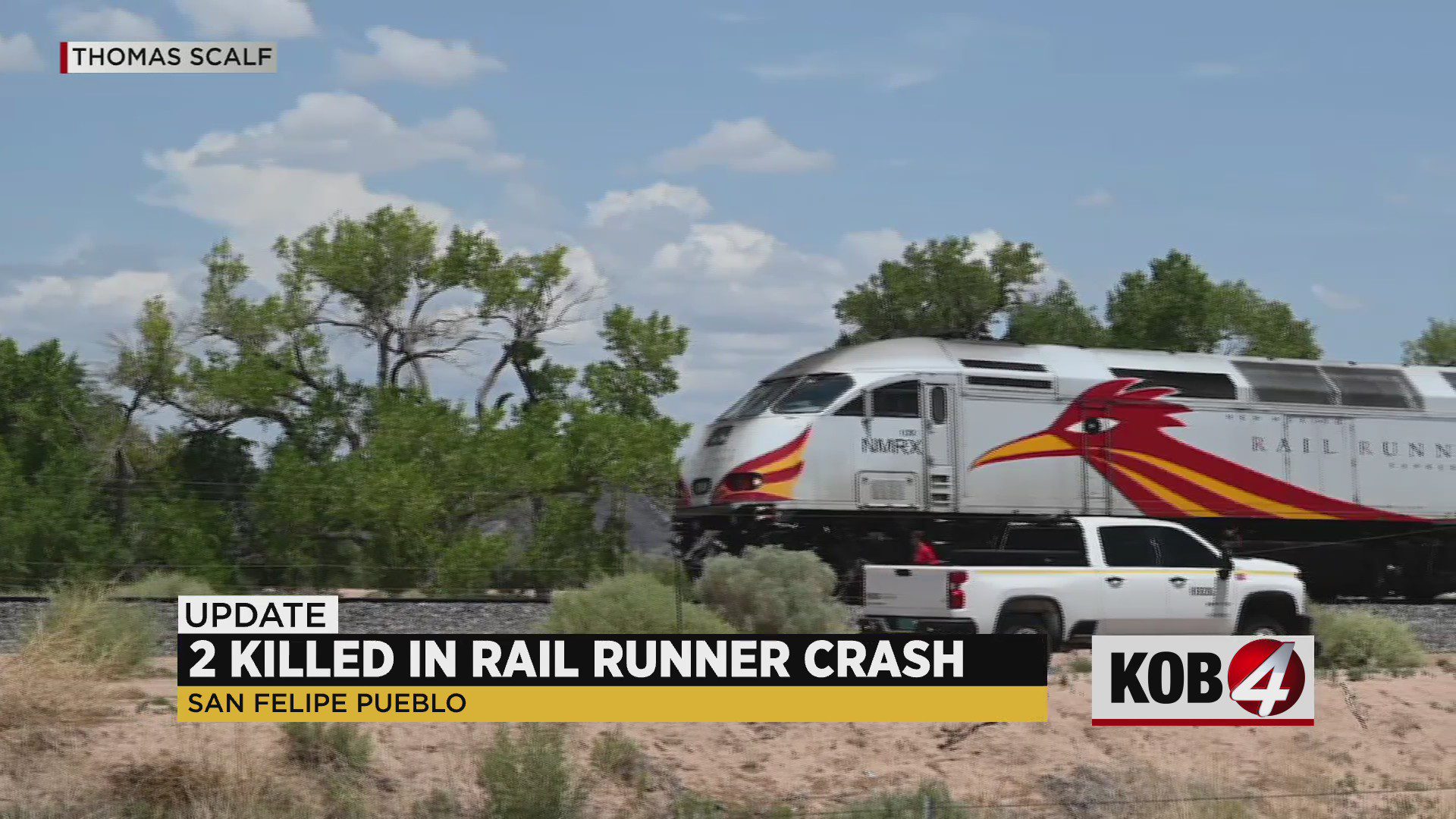 All north and southbound trains will return to their normal schedule Monday morning.

At least one evening train from Santa Fe was able to bring passengers back to the metro.

The crash remains under investigation by New Mexico State Police. The child’s identity will not be released by them.