MORA COUNTY, N.M. — A 30-year-old man was arrested and charged with the alleged homicide of a 64-year-old man found in a truck swept away by flood waters.

30-year-old John Vasquez is accused of driving a pickup truck into floodwaters with his passenger, 64-year-old Benjamin Torres, of Guadalupita. Vasquez was able to exit the vehicle before it was swept away with Torres inside. Torres was found dead hours later.

According to New Mexico State Police, officers received a call, around 2:30 p.m. Sunday, about a pickup truck with two men inside. Witnesses said the truck passed several vehicles – stopped for a flooded part of NM-434 at milepost 7 – and drove into the waters, where it was swept away.

Rescue personnel said Vasquez exited the vehicle and received first aid for minor injuries – but then started walking west, away from the scene, after receiving care.

Once the waters receded around 7:30 p.m., the truck was recovered around 100 yards from where it entered the water, with Torres inside. He was pronounced dead at the scene. 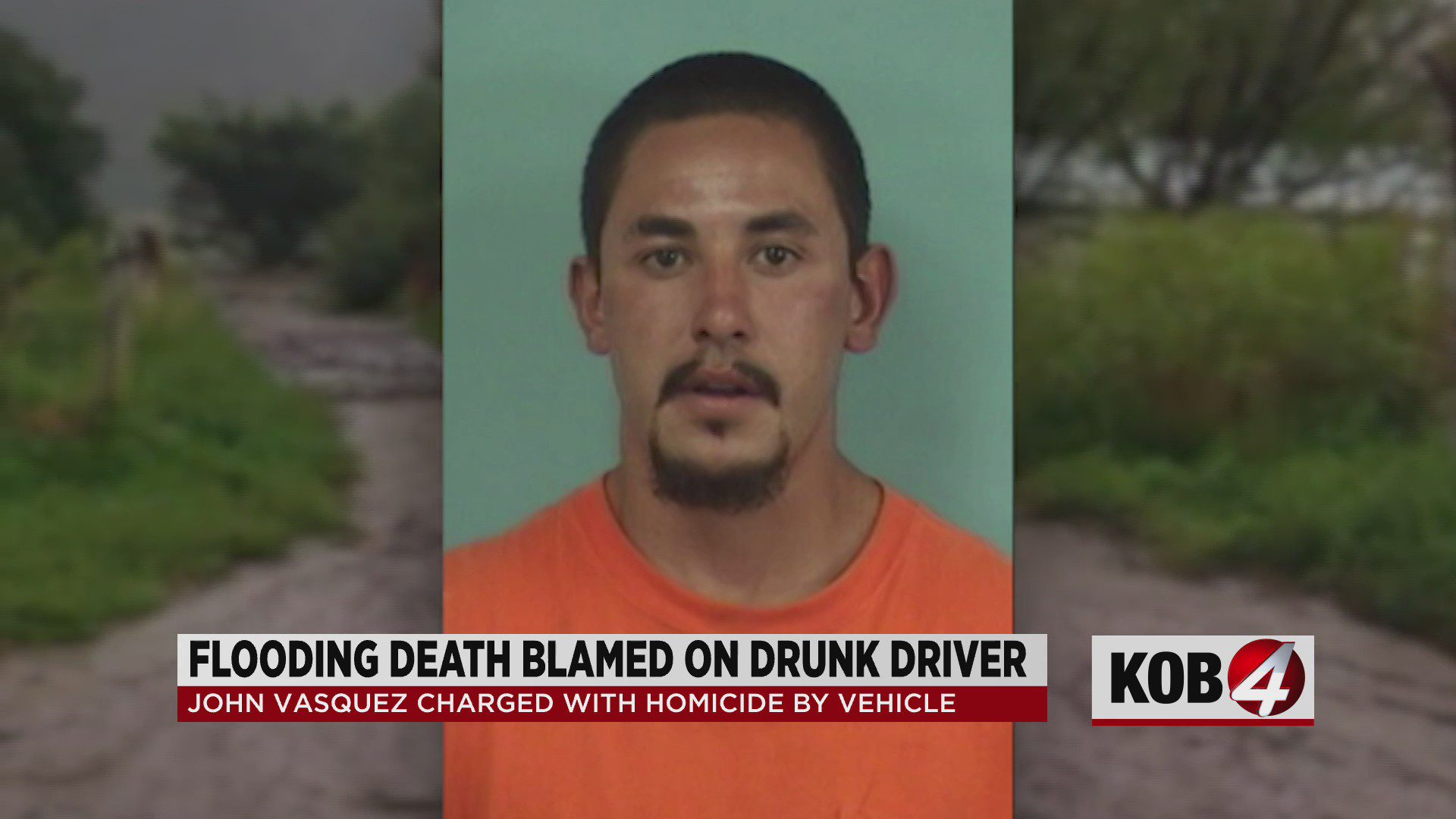 Police later caught up to Vasquez at his home, where he allegedly admitted to drinking alcohol before driving the truck into the water and fleeing.

Vasquez was arrested and booked into the San Miguel County Detention Center on charges of:

In July, three people died near Las Vegas after their vehicle was swept away by flood waters.