SANTA FE, N.M. – The Santa Fe City Council has received so many complaints about missing and abandoned shopping carts they are taking action. One councilor is proposing a bill that would fine businesses for every shopping cart returned to them by the city, but it’s already facing backlash.

It seems as if it’s easier to find shopping carts where they shouldn’t be than where they should. People can find them in ditches, sidewalks, sometimes abandoned, but full of people’s stuff.

The City of Santa Fe has received hundreds of complaints about the hundreds of abandoned shopping carts. So last fall the city hired a company to go around and start collecting them.

“Between Sept 2021 and this month we have collected about 3,000 shopping carts, and we have paid a private contractor $14 per shopping cart to retrieve them. So we spent about $47,000 just picking up shopping carts around the city,” District 2 City Councilor Carol Romero-Wirth said.

But the city no longer wants to foot the bill for collecting all these carts. Councilor Romero-Wirth is sponsoring a bill that would fine stores $150 for every shopping cart returned to them. More than 10 times what they are paying that private contractor. 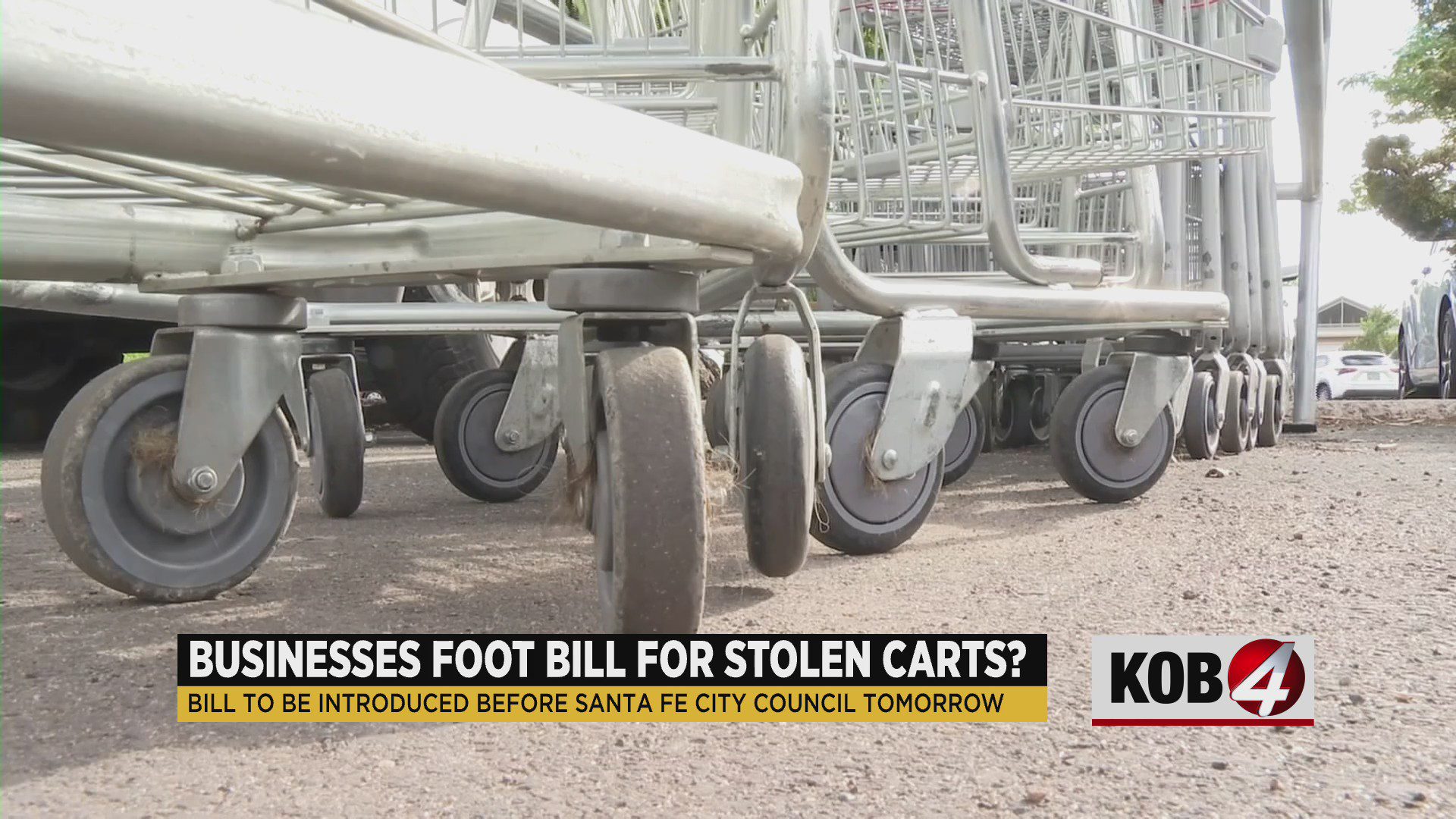 “It’s not a unique solution, but it is the simplest one we could come up with and we are hopeful it will incentivize retailers to keep track of their carts,” Romero-Wirth said.

But area businesses say they shouldn’t get punished for getting their carts stolen by the homeless population.

“I believe the city is treating a symptom of a larger problem. Most shopping carts are taken by the transient population that has moved into Santa Fe.”

So, why make the business owners pay to get their carts back? They are not the ones leaving their carts all around the city.

“They do have a responsibility to try and keep track of them,” Romero-Wirth said.

Romero-Wirth suggested installing a type of electric fence that would disable carts that leave the lot. Or hiring more employees to bring the carts inside faster.

But, not everyone agrees that would solve the problem—Suzuki said:

“It is especially hard for smaller grocery stores like us to install more security measure that larger box stores have so we are doing our best to keep what carts we have on property.”

Romero-Wirth admits it’s not a perfect solution but it’s all she has right now.

“We were forces to hire a private contractor to pick them up and now we just need to find a different solution because the quantity has gotten too much too many we need to do something,” Romero-Wirth said.

That bill will be introduced Wednesday. Then in two weeks, there will be public comment. A final vote wouldn’t come until mid to late August.