Second round of tax rebates heading to New Mexicans this week

SANTA FE, N.M. — More than 500,000 New Mexico taxpayers have started to receive the second round of rebates approved by Gov. Michelle Lujan Grisham earlier this year.

The state has also begun distributing the $20 million allocated by the governor and Legislature for economic relief payments to low-income New Mexicans who aren’t required to file income tax and who applied to receive the payment. Individuals without dependents will receive one payment of $500; married couples or those with dependents will receive one payment of $1,000. 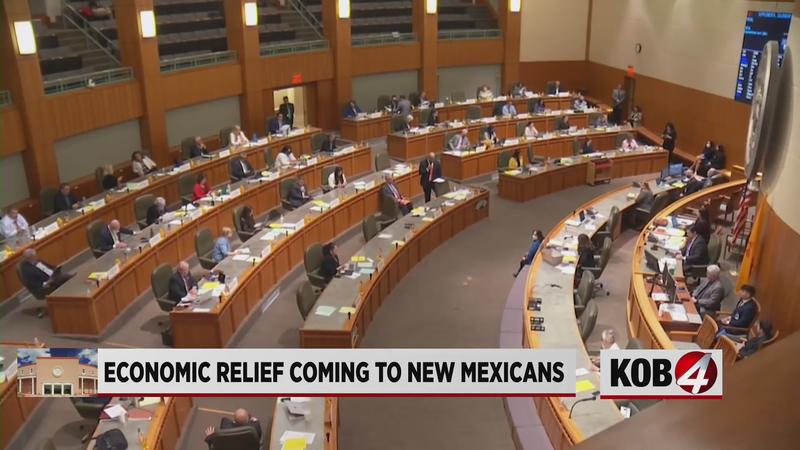 The Legislature appropriated $20 million for the non-filer relief payment program, and all of that money has been claimed. Non-filers who missed the application cutoff or were denied because of limited funds still have the option to file a 2021 return as late as May 31, 2023 and be eligible for the tax rebates.

“We know how much New Mexicans need this help, and we are working as quickly as possible to get these rebates and relief payments into their hands,” said Schardin Clarke, the state’s secretary of Taxation and Revenue.

First round of rebates

Meanwhile, almost 800,000 rebates worth a total of more than $290 million have already been issued in May and June to New Mexico taxpayers under the rebate program approved during the special session of the Legislature.

The vast majority of eligible taxpayers should have now received that May/June rebate. Among those yet to receive their first rebate are those whose returns were processed after May 31, 2022, whose returns are still being processed or who have yet to file their 2021 Personal Income Tax return. Some rebates have been returned to the Taxation and Revenue Department as undeliverable and are being reissued once the Department has an updated address from the taxpayer.

All New Mexico residents who filed a 2021 state Personal Income Tax return and who are not dependents on others’ returns are eligible for the rebates distributed in May and June and another round that will be distributed in August. Taxpayers filing as married couples, or heads of household receive $500 in June and August; taxpayers filing as singles receive $250 in June and August.

State officials said the Tax and Revenue Department has contracted with the state’s fiscal agent, Wells Fargo Bank, to print and distribute checks for the final round of rebates this August. Wells Fargo’s printing capacity is larger than the state’s, which should speed the distribution of August rebates.