ALBUQUERQUE, N.M. — An Albuquerque business owner is fed up with crime. Overnight, her tattoo shop was hit by burglars and it’s not the first break-in.

This time, the burglars made off with equipment that she – and the artists at her shop – need to make a living.

“They were pretty quick, it seemed like they knew what they were doing,” said Stephanie Malan, owner of Relic Tattoo. on Montgomery near San Mateo.

Security video shows at least two people in hoodies taking off with toolboxes.

“They actually came in through back here, and we have three separate locks on this door,” Malan said. 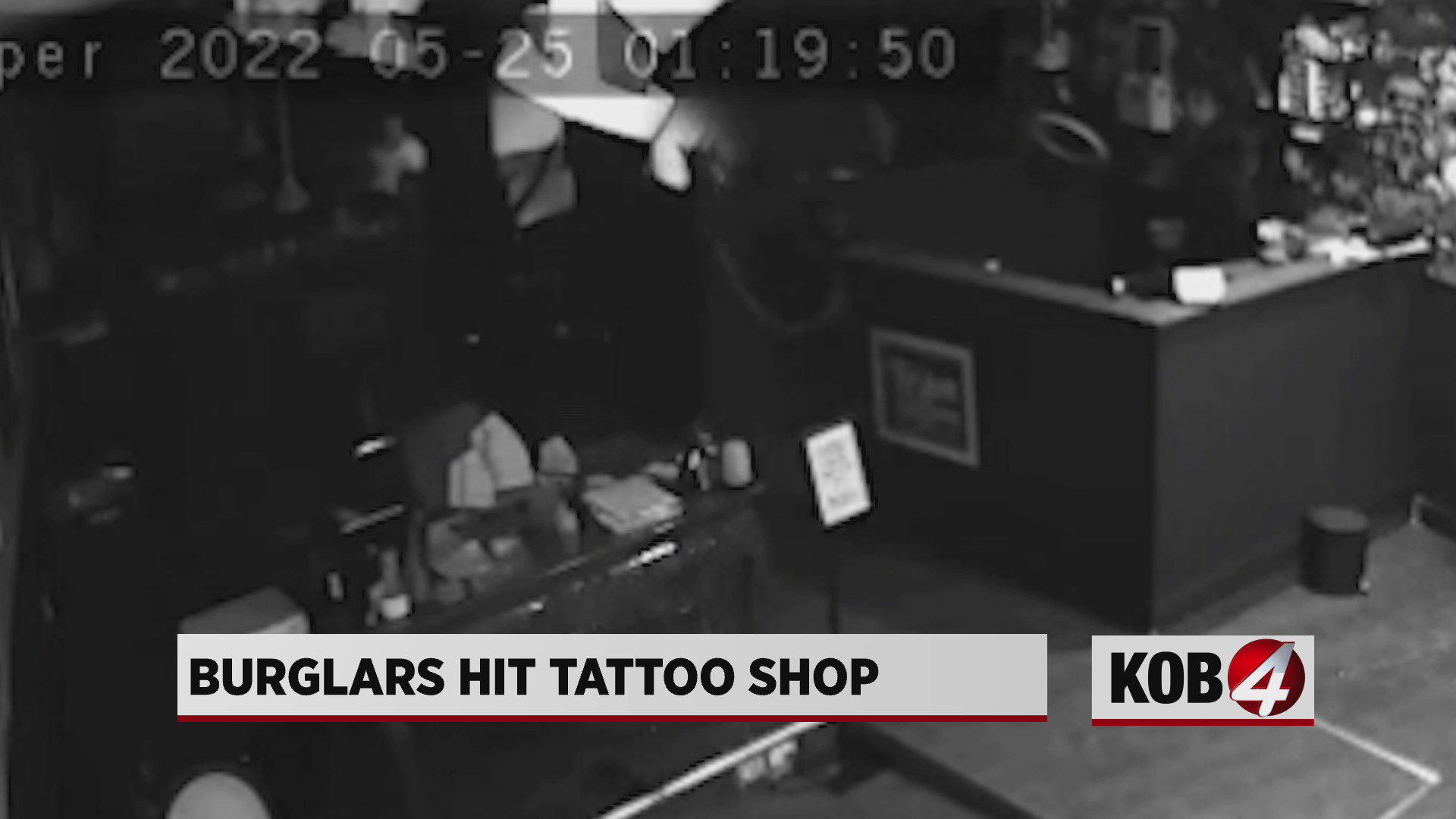 The burglars took a crowbar to Malan’s back door the deadbolt was completely destroyed.

“We have monitoring warning signs but it doesn’t seem to keep them out,” Malan said.

Instead, the burglars tried to destroy the monitoring equipment, but that didn’t work.

“The police and my monitoring company were here relatively quickly. They were here in five to 10 minutes, unfortunately, it was just not quite enough time,” she said.

This isn’t the first time Malan’s business has been targeted by thieves. She shared a photo of her front window boarded up after a smash and grab in October.

“I had a client whose vehicle was stolen about five o’clock in the afternoon,” she said. “It was pretty brazen. We’ve had issues with catalytic converters, and I know that some of my neighbors around here have experienced some of these issues as well.”

Malan said she hopes Albuquerque police can step up their presence in the area or deploy a camera in the strip mall parking lot to deter crime.

“They have one over in the Albertson’s parking lot. Unfortunately, it doesn’t reach over this far,” she said.

In the meantime, she plans on adding more cameras inside her business to deter break-ins.