ALBUQUERQUE, N.M. — A bipartisan group of U.S. senators announced a new framework for a bill to limit the number of lives lost to guns in this country.

The details are getting worked out, but 10 Republicans have signed on – enough to survive a filibuster and stand a real chance of becoming law. Lawmakers behind the bill include U.S. Sen. Martin Heinrich, who believes it could save lives.

The proposal includes several areas of focus, like behavioral health services, federal investments, and enhanced background checks for certain people. The work is already underway to get this bill moving.

So far, the new bipartisan gun safety proposal is agreed upon by 10 Democrats and 10 Republicans.

Heinrich said he approached this bill, politics aside, and that they found middle ground. 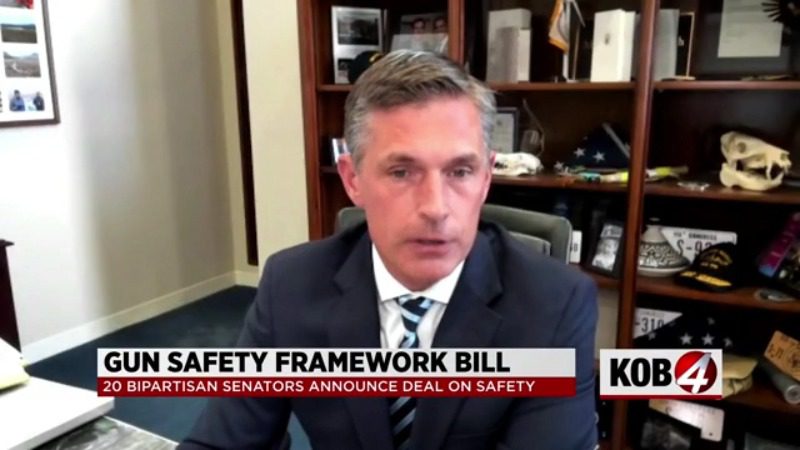 “Progress has to start somewhere, the hardest part of every negotiation is letting go of the perfect for the possible,” said Heinrich.

Heinrich said the framework could absolutely save lives.

It calls for federal support for state crisis intervention orders. It will also crack down on straw purchases, or people who buy guns for others who can’t legally obtain them. The bill would also close a loophole for domestic violence abusers and it calls for more resources and funding for mental health services.

It’s a guideline that Heinrich believes has real potential to make it all the way.

“We’re not solving every issue, and we always get into this argument, about ‘would this law have solved that shooting?’ This will solve a lot of gun violence, not everything, not enough. But this will save lives and that is a great place to start,” Heinrich said.

Right now, he said they are working on hammering out the specific language for this legislation. Then they will continue those negotiations to try and get some real results.