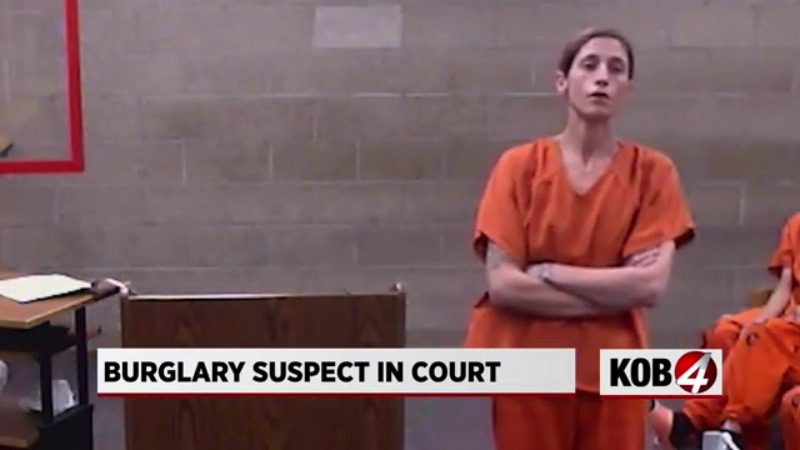 ALBUQUERQUE, N.M. — Kellie Shugart had her first appearance before a judge Monday. She was arrested last week following a SWAT standoff at an apartment complex off Montgomery.

Shugart is facing almost 70 charges ranging from burglary to larceny. Her alleged crime spree stretched from May to August 2022. Police said she is tied to at least 17 burglaries.

According to police, the list of businesses that Shugart targeted is long.

Last week KOB 4 spoke with one local store owner who says two of her businesses were hit a couple of months ago.

“It’s frightening to walk into a business in the morning that’s had windows removed and has been ransacked and burglarized. It definitely gives people a very unsteady feeling,” said Jessica Carothers, the owner of Blo Blow Dry Bar and Waxing the City.

Carothers says she wants to see Shugart stay behind bars.

According to Carothers, Shugart stole more than $10,000 worth of items from her businesses.

“It seems very clear to me that that’s someone that would remain in custody,” said Carothers.

Shugart will stay in custody, for now.

“The state has filed prevented detention and Miss Shugart. It’ll be transferred over to District Court,” the judge said Monday.

Shugart will remain behind bars at least until her pretrial detention hearing, which has not been scheduled yet.