Snow in Four Corners and winds in the eastern plains

ALBUQUERQUE, N.M. — Winds in the eastern plains and possible snow in the Four Corners region are forecast as we close out the week here in New Mexico.

Wind advisories are posted from Tucumcari down to Raton and Clovis – even as far as west as Edgewood.

In the Four Corners, Farmington has a slight chance of snow but the chance will be greater for Durango and Cortez in Colorado.

Elsewhere, enjoy the nice temperatures as we head into the weekend.

Kira Miner shares her full forecast in the video above. 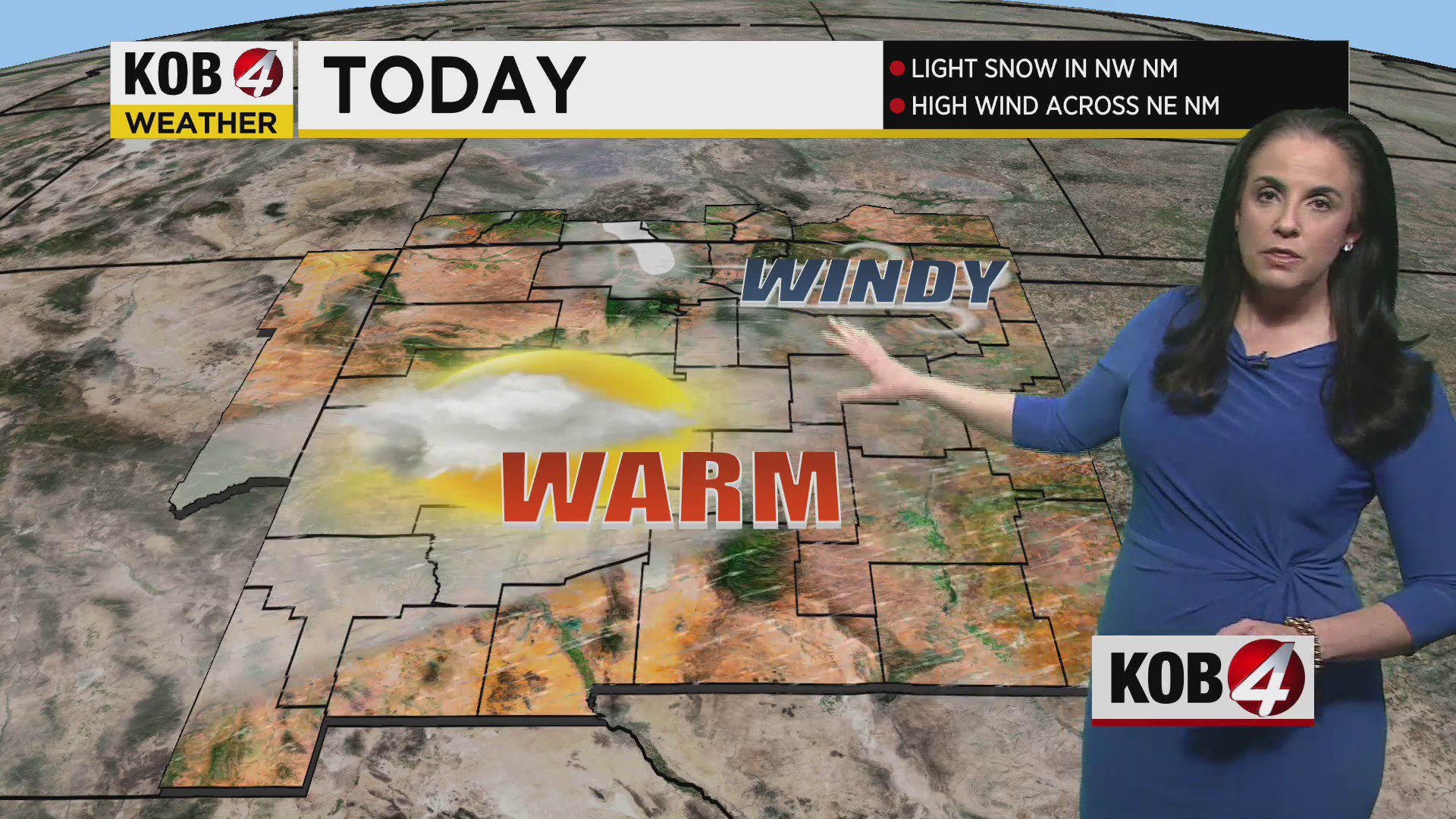