Soaring gas prices leads to $9.6B in spending cuts

ALBUQUERQUE, N.M. – High gas prices have a lot of Americans sacrificing other things just to fill up their tanks.

New Mexico hit $4 a gallon in early March. Two months later, the price at the pump is still creeping higher and higher.

University of New Mexico economic expert Reilly White said the soaring cost of fuel is tied directly to the war in Ukraine.

“Gas prices is just one of those items that we just can’t buy less of when prices go up,” White said. “For example, even though we might want to drive less, we have to go to school, work, other places. So what happens is that those losses from our bottom line and our pocketbook hit us in other places.”

According to J.P. Morgan Research, gas prices have gone up 20% since the February invasion. Now, numbers are in and consumers have slashed spending in other areas – roughly $9.6 billion a month. 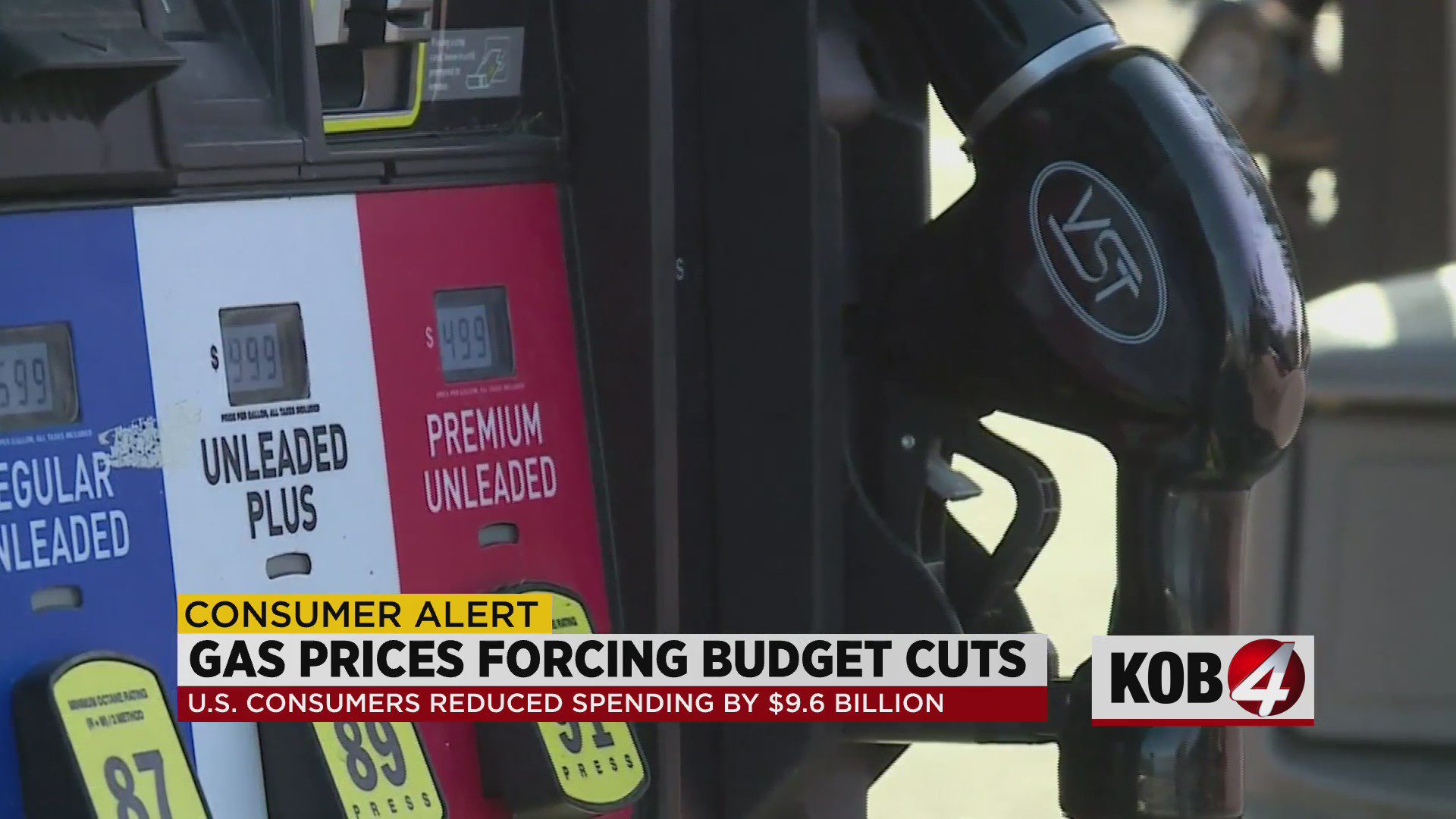 “So the question is where are consumers cutting back specifically? We find when gas prices are higher, consumers cut back in interesting ways,” White said.

Consumers might rethink discretionary spending, such as canceling summer vacation plans or delaying other large purchases. So what does this all mean for the economy?

White said travel and gas demand normally drop at the end of summer approaching Labor Day, so there might be a little relief then.