Solar-powered car stops to soak up the sun in Albuquerque

ALBUQUERQUE, N.M. –A custom-built, solar-powered car was on display at Explora Sunday, soaking up the sun on a brief stop in the Duke City.

“We took a two-year design cycle, a year spent designing it and a year spent building,” said Evan Travis University of Michigan student.

The car is named “Aevum,” it was designed and built by University of Michigan students. Aevum is on a 3,000-mile cross-country trip called the Michigan Sun Run that stretches across 12 states from Princeton New Jersey to Los Angeles.

“Partly just to prove the vehicle – say that we can do it, make the vehicle go that far, as well as to do some outreach as we go,” said Travis.

As you can imagine it’s quite the eye-catcher out on the road. It’s a tight squeeze into the driver seat and there’s no A/C. That’s why the drivers rotate out every two hours to avoid overheating. 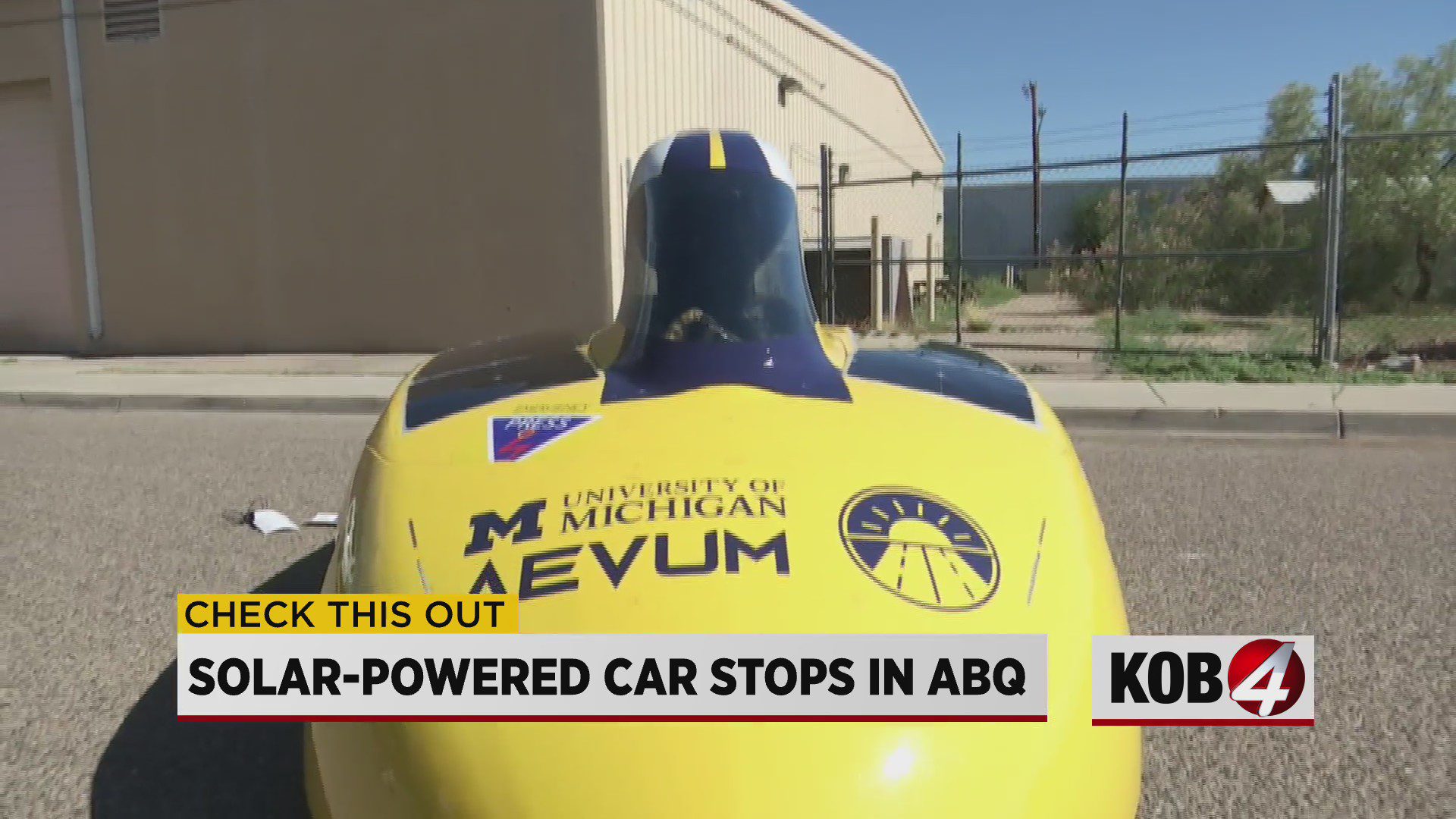 “Our top speed is 80 but 55 mph in sunlight like this, we can go straight off the sun,” Travis said.

Aveum had to say “adios” to Albuquerque and hit the road to LA and is expected to arrive on Wednesday.

“Pretty much everyone drives past has their camera up taking video as they go past,” said Travis.