TRUTH OR CONSEQUENCES, N.M. – A Friday night drive in the rain turned into a rescue mission for New Mexico’s lieutenant governor.

Howie Morales says he was heading north on I-25 near Truth or Consequences when he came up on the aftermath of a nasty rollover. First responders weren’t on scene yet, so Morales jumped into action to help save the driver.

“It was at that moment when I heard the very distinctive voice of a person that I’ve known most of my life, a hometown person, they’re from Silver City,” said Morales. “He definitely was disoriented as you can imagine after a tremendous accident like that. But when he did recognize that it was me who was right there, e did have a sense of calm.”

Morales says the man – Billy Joe Trujillo – works for the Forest Service and was bringing supplies up north for firefighters. He thinks strong wind pushed his truck over.

Trujillo walked away with a broken arm, but Morales says they were still in danger even after they got him out. 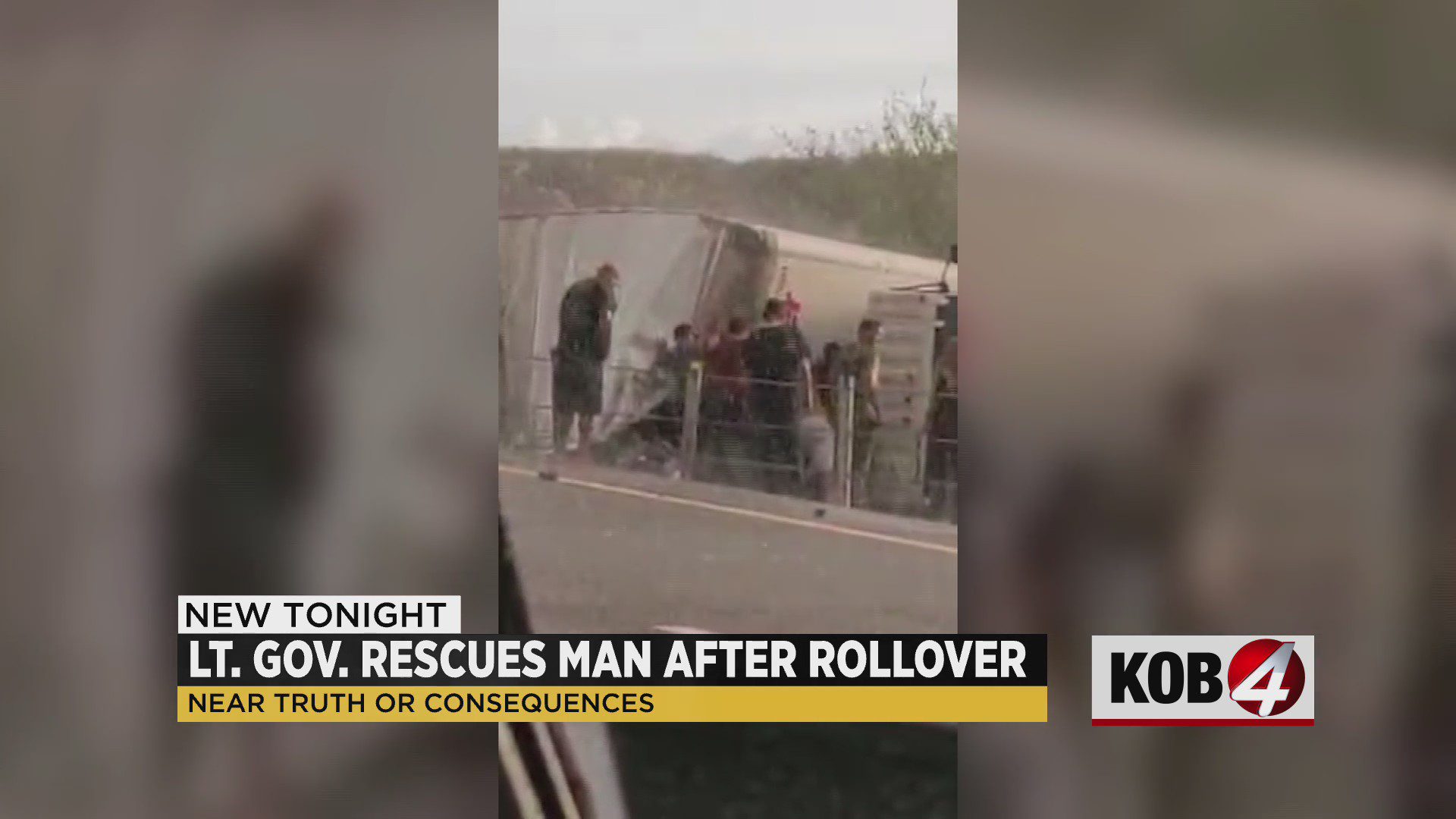 “I did notice though, that there was a lot of traffic that was going on the interstate, even on the inner lane, where we were at trying to extract him a lot of debris, lots of rock,” Morales said.

He says first responders were able to help take control of the scene, but he’s urging drivers to slow down and give rescuers space when there’s an accident.

“It was the best case scenario that we could have asked for. But it wouldn’t have been possible without all those other volunteers who rushed to the scene as soon as they could,” Morales said.