As for Friday’s Glowdeo, the green flag was raised after a slight delay. However, pilots were then asked to deflate their balloons due to rain at Balloon Fiesta Park.

Then, around 7:30 p.m. the park was placed under a shelter-in-place due to a fast-moving thunderstorm. Organizers were forced to evacuate the park, which was packed with 40,000 people who were hoping to see the first balloon glow of the Fiesta.

To add to the chaos, the fireworks show began during this time.

Fiesta officials brought in school buses to help people evacuate faster, but there were still lines well after the rain stopped. 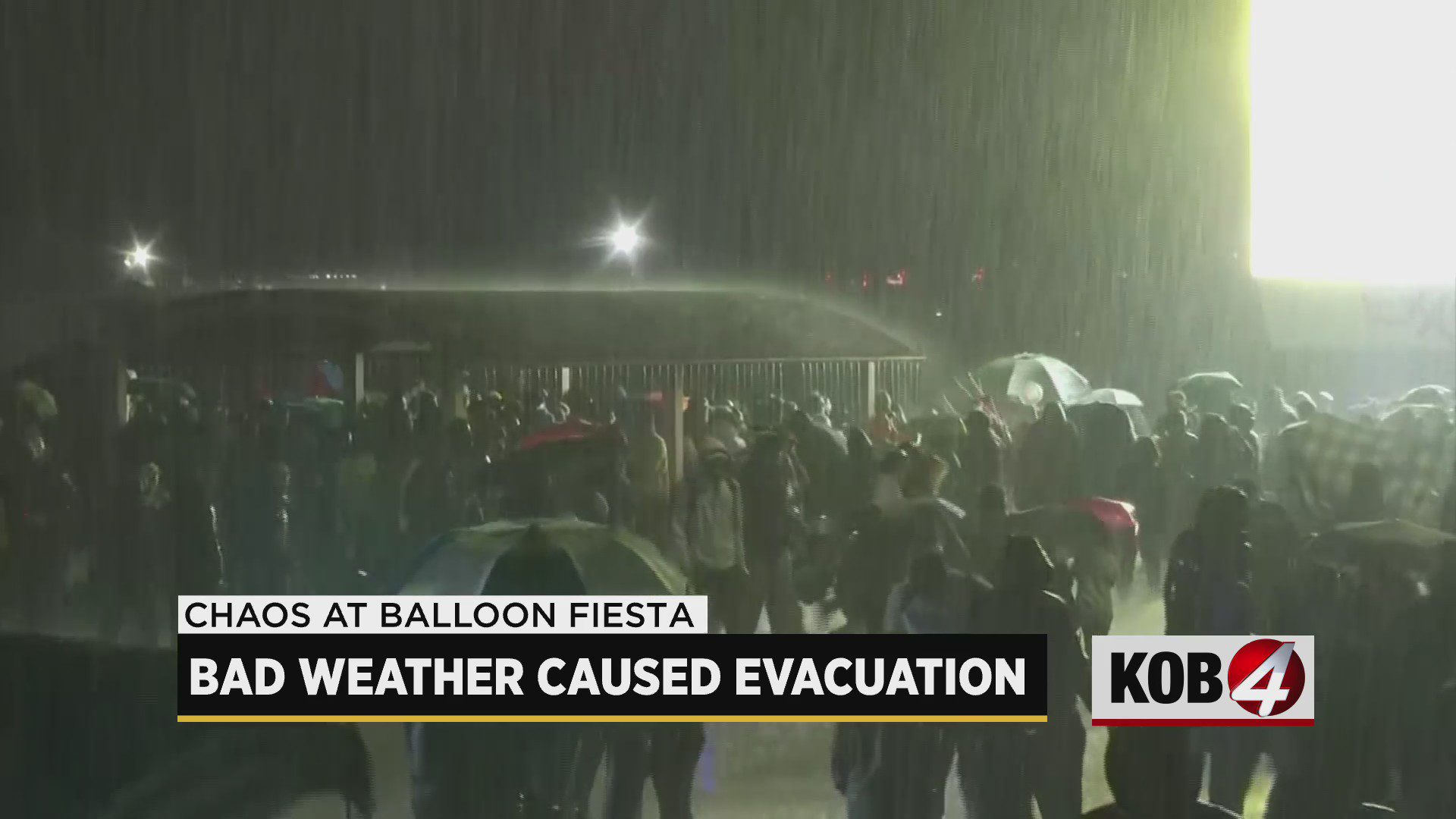 The shelter-in-place order was lifted before 8:30 p.m. Other events at Balloon Fiesta Park were canceled for the night.

There’s still one more chance for a balloon glow – scheduled for 6 p.m. Saturday.