ALBUQUERQUE, N.M. – The big question following President Biden’s announcement is how many New Mexicans will be affected by this, and how many will still have loans left to pay?

KOB 4 got some numbers from the New Mexico Higher Education Department.

There are hundreds of thousands of New Mexicans still working to pay off their student loans. The Higher Education Department says altogether, New Mexican borrowers owe roughly $7.8 billion. They say this loan forgiveness could put some of that money back into our state economy.

“I really think this is going to be a big step for a lot of folks,” said Stephanie Rodriguez, New Mexico Higher Education Department secretary.

Rodriguez says she was just as surprised by the president’s announcement as the rest of us. 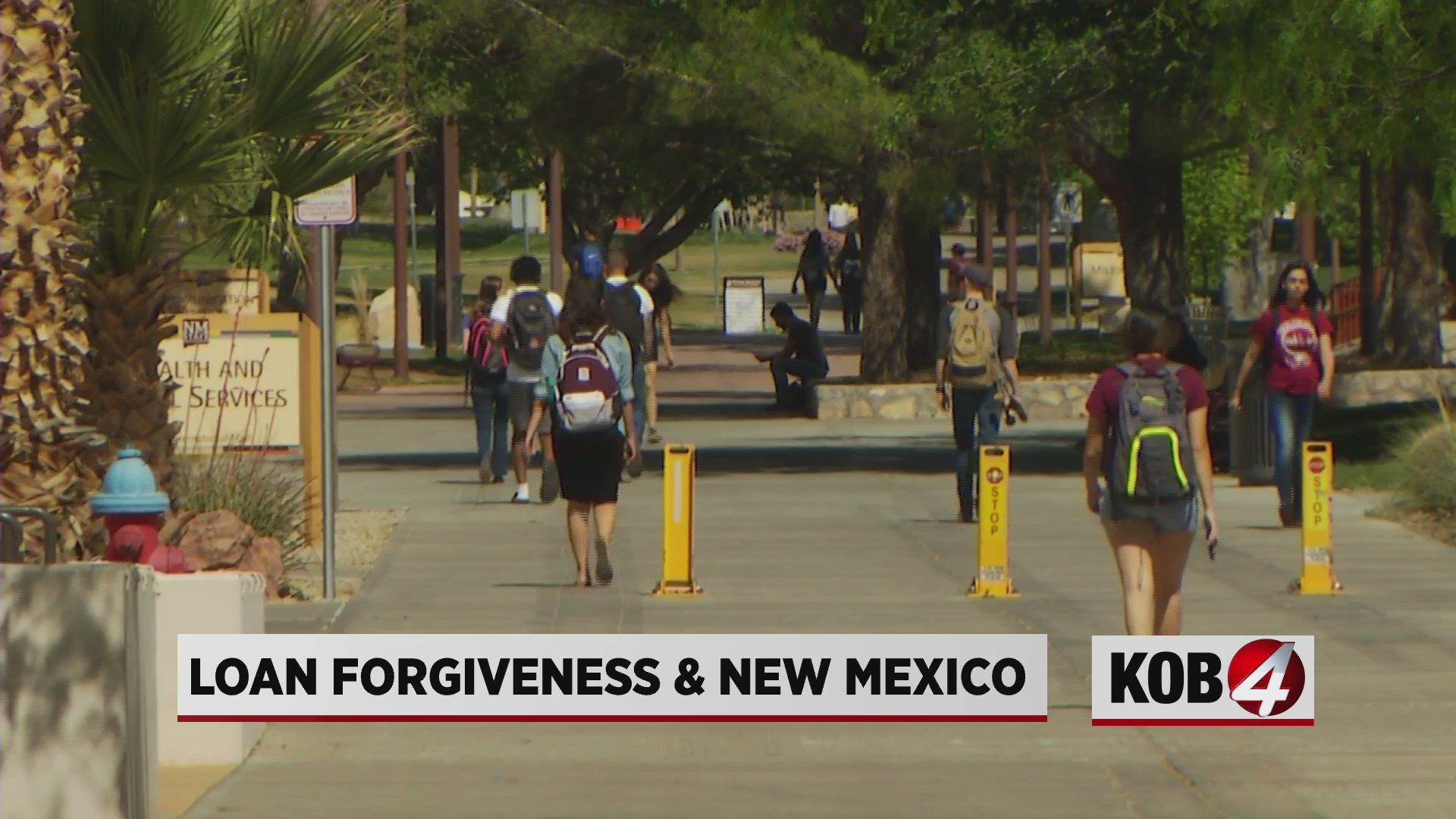 “We had heard rumblings. New Mexico is a fantastic state when it comes to already helping New Mexicans through loan repayment, and it’s really exciting to see the federal government is now on board with the same thing,” said Rodriguez.

The department says roughly 228,000 New Mexicans will have part of their student loan debt forgiven, hopefully lessening the burden on families across the state.

“Instead of worrying about that debt that you have, you can spend your dollars elsewhere that can really help your family and that’s really why this is important. We want people to have those dollars in their pockets and not worry about where their paychecks going to go,” Rodriguez said.

But the president’s announcement only goes so far.

“First thoughts is that it’s better than nothing,” said Ashley Wegele, UNM graduate.

The Higher Education Department estimates the average borrower in New Mexico owes around $34,000. This means a lot of people like Wegele will still be on the hook for the rest of their loans.

“Kind of dropping that loan balance is great. But, you know, with that compounding 3-6% interest over the long term, it’s going to mean less,” said Wegele.

Even Rodriguez will still have loans to pay but despite that many believe this is a step in the right direction.

“If we can give so much forgiveness to corporations and companies, it really shouldn’t be a big deal to help like the average individual person. Because, you know, a rising tide raises all boats, as they say,” said Wegele.

Wegele says she does not have an issue paying off her original loans, but believes interest rates are making it harder for her – and other borrowers—to make a meaningful impact.

69-year-old Margaret Leonard is in a similar situation.

“The money that I’m spending on it would I think better serve the economy, in goods and services,” she said.

Leonard says her loan payments were so high when she graduated, she had to return to her old career to stay afloat. She says she never got to use her master’s degree. She says the high loan payments also pushed her to move states.

“During the pandemic, I said ‘I have to move from California because I’m not going to be able to afford housing here.’ So I moved to New Mexico,” she said.

Both Wegele and Leonard believe lowering interest rates on a federal level could benefit more borrowers.

“We really need to think about interest reform, and, you know, moving forward for the people who are in college now, how are we going to prevent them from being in the same situation in several years,” Wegele said.

Both women say addressing the rising costs of college tuition would be the best solution though.

“Without kind of tackling both of those issues, we’re really going to kind of be in this like, continual cycle of, you know, people who are struggling to afford college,” Wegele said.

“In the grand scheme of things, students don’t have to worry about how they’re going to pay for college,” Rodriguez said. “But rather, can really focus on studying and then use those other funds for other things.”