More than 144,000 New Mexicans live less than a mile from an oil or natural gas well or production site.

New Mexico is the second-largest oil-producing state in the nation, and a total of 144,377 New Mexicans live within half a mile of an oil or gas well, compressor, or processor, according to data collected by Earthworks and the Sierra Club.

Included in that number are 38,749 children who either live or attend a school or daycare within half a mile of one of New Mexico’s 62,492 oil and gas production facilities.

The numbers were released by Earthworks and the Sierra Club during a recent press conference, where they unveiled what they call their Oil and Gas Threat Map. It’s an online tool based on a geospatial analysis that maps out the nation’s 1.5 million oil and gas production facilities and allows people to see how close they live to one.

“Often this pollution goes unseen, but the climate impacts are clear: oil and gas extraction is accelerating us deeper into a climate crisis while exposing communities living closest to that extraction, with known toxins and carcinogens,” Josh Eisenfeld, corporate accountability communications campaigner for Earthworks, said. 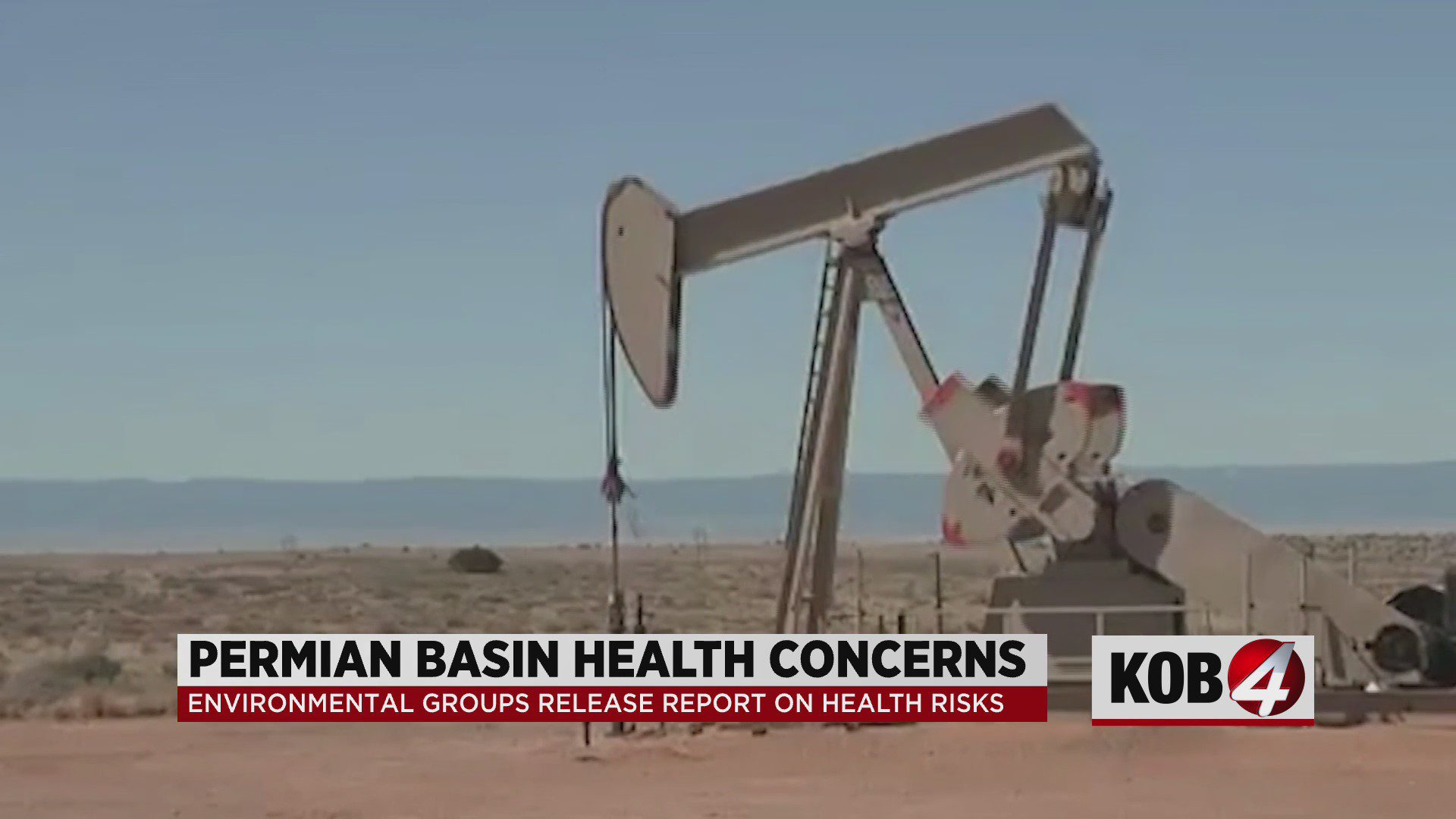 In recent years, oil production has surged in the Permian Basin and so has the number of people who live near those sites.

Since 2017, when a similar study was conducted, the number of New Mexicans living at such a distance in Eddy County rose by 38% and in Lea County by 17%.

In San Juan County, in the northwestern corner of the state, 80% of residents now live near such a site.

Public health advocates and environmentalists say living so close to a production site can expose residents to emissions and pollutants, putting them at greater risk of health problems such as cancer, blood diseases, repertory illnesses and birth defects.

The data is being used by some to argue for federal rules that would curb methane emissions, banning practices such as venting and flaring, something already prohibited under New Mexico emission rules.

Other changes would require annual inspections of production facilities to ensure they are not leaking emissions and create a monitoring program for methane emissions.

They are changes that Kayley Shoup, a Carlsbad resident and community organizer with Citizens Caring for the Future, said are needed even in states like New Mexico that have some strong rules.

“New Mexico is right on the border with Texas and Texas does not have as much regulations and emissions do not know borders,” she said.

But advocates for the oil and gas industry say the data and map, are little more than fear-mongering meant to demonize the American fossil fuel industry.

“We see them just looking at the map where every oil and gas well in the state is, drawing an arbitrary line around it and saying this is dangerous,” said Larry Beherns, communications director for Power the Future New Mexico, a group that advocates for the oil and gas industries.

He cites the American Lung Association’s State of Our Air report, which measured and assigned a grade to counties in every state in the nation. The report said that although Lea County, New Mexico’s top oil-producing county received a “D” for air quality, that is still better than some of the state’s other counties that received an “F” that have little to no oil and gas production activity.

He and other industry supporters argue that increased state or federal regulations on emissions will increase costs of development and force already skyrocketing energy prices higher.

“When you see regulation upon regulation, it cost money for the industry to comply with,” he said.

Beherns argues those who work in the industry have the most knowledge and the largest stake in doing so.