ALBUQUERQUE, N.M. – We’ve had some hot summers, but researchers say it’s about to crank up a notch.  A new study shows how hot some parts of New Mexico could get just decades down the road.

The National Weather Service explains heat index as “what the temperature feels like to the human body when relative humidity is combined with the air temperature.”

So, when the temperature rises, your body begins to sweat to cool down. When moisture content is high though, sweat can not evaporate efficiently, this can lead to an increase risk of heat-related illnesses. 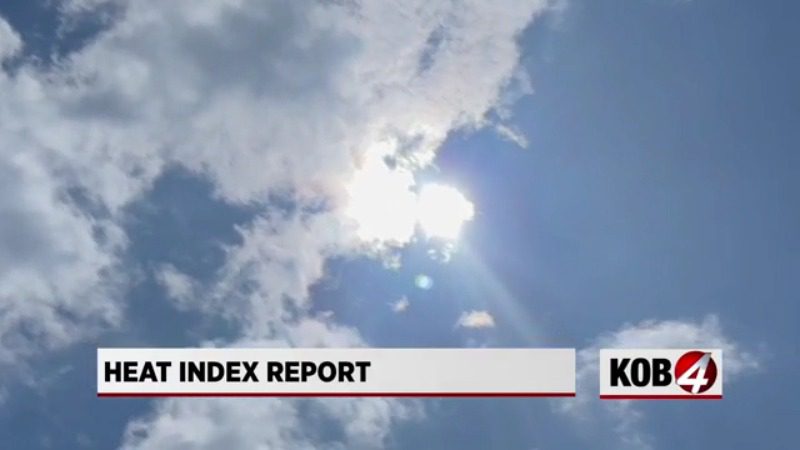 Usually in New Mexico, we have the opposite with lower moisture content, the body can keep cool due to sweat efficiently evaporating. However, during monsoon season, moisture contents in some cases could begin to rise, increasing the heat index.

In fact, the First Street Foundation study found more places in New Mexico, including the Albuquerque area, could see more heat indexes above 100 degrees by 2053.