In all, 2.32 inches of rain doused the area in the span of hours, according to the National Weather Service. It came down hard, transforming otherwise dry land into bodies of water. Power lines were also downed.

According to the city, Roswell Police and Fire personnel responded to at least six calls of stranded motorists.

The rain amassed strength and grew in intensity as it hit the northeastern part of the city.

“It got worse as it went further north and came across this area and dumped an awful lot of water,” said Roswell Mayor Tim Jennings, as he toured flood damage with City Councilor Jason Perry. 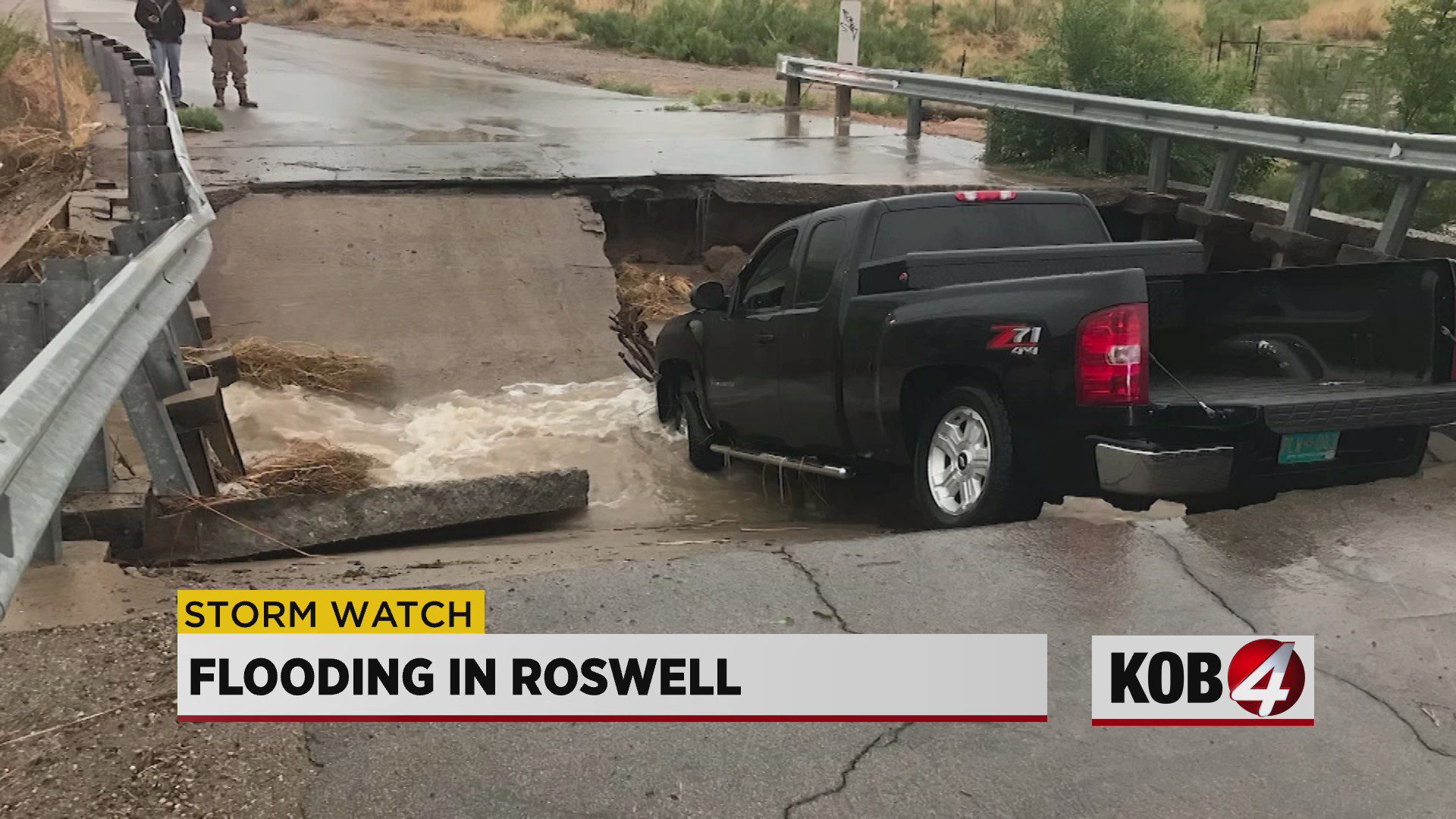 The most notable damaged was a washed out bridge over the Berrendo River near East Mescalero and La Jara Roads, which collapsed, causing a pickup truck to get stuck. No one was injured, but city leaders say the bridge was destroyed.

Much of the damage occurred in a residential neighborhood on Holly Loop, where waste-high waters submerged properties and invaded homes.

It’s a situation that happened last year in the neighborhood, made worse by a drainage system overwhelmed by the water.

Perry was in the area Sunday night, and described the damage as devastating, as residents struggled to fend off the rising waters.

“They gathered every fireman they possibly could yesterday evening and just made hundreds and hundreds and thousands of sand bags. They had the heavy equipment operators out and delivering those sand bags. Neighbors coming together in lines to pass the sand bags and get them to the houses,” Perry said.

By Monday afternoon, residents of Holly Loop had sandbags piled at the entrances to their homes and garages, with soaked furniture and carpets drying out on the lawns. Water was also being pumped out of the houses.

Jennings said the city will do what it can to leverage federal and state disaster relief dollars to cover the cost of replacing and repairing public property.

The city though is bracing for additional possible rainfall tonight and Tuesday.

“We have to make sure there aren’t any blockages in any of the streams or drainage channels that we have,” Jennings said.

Perry said that what the city needs now the most is prayers.

“Roswell needs the rain, but we certainly don’t need it coming down in the days of Noah,” said Perry, who is also a minister.