Documents say Gabriel Velasquez had his friend drive him to the store on the night of April 29 in order to steal ammunition to then resell to make money to fix his totaled car.

“He is off duty. He was just involved in an OIS,” a dispatcher says over the police radio.

“I start hearing gunshots just going off boom boom boom boom boom,” said Ashley Ortiz, an employee at Cabela’s that witnessed the shooting. “And so I get down and I’m like oh my gosh, these are gunshots.” 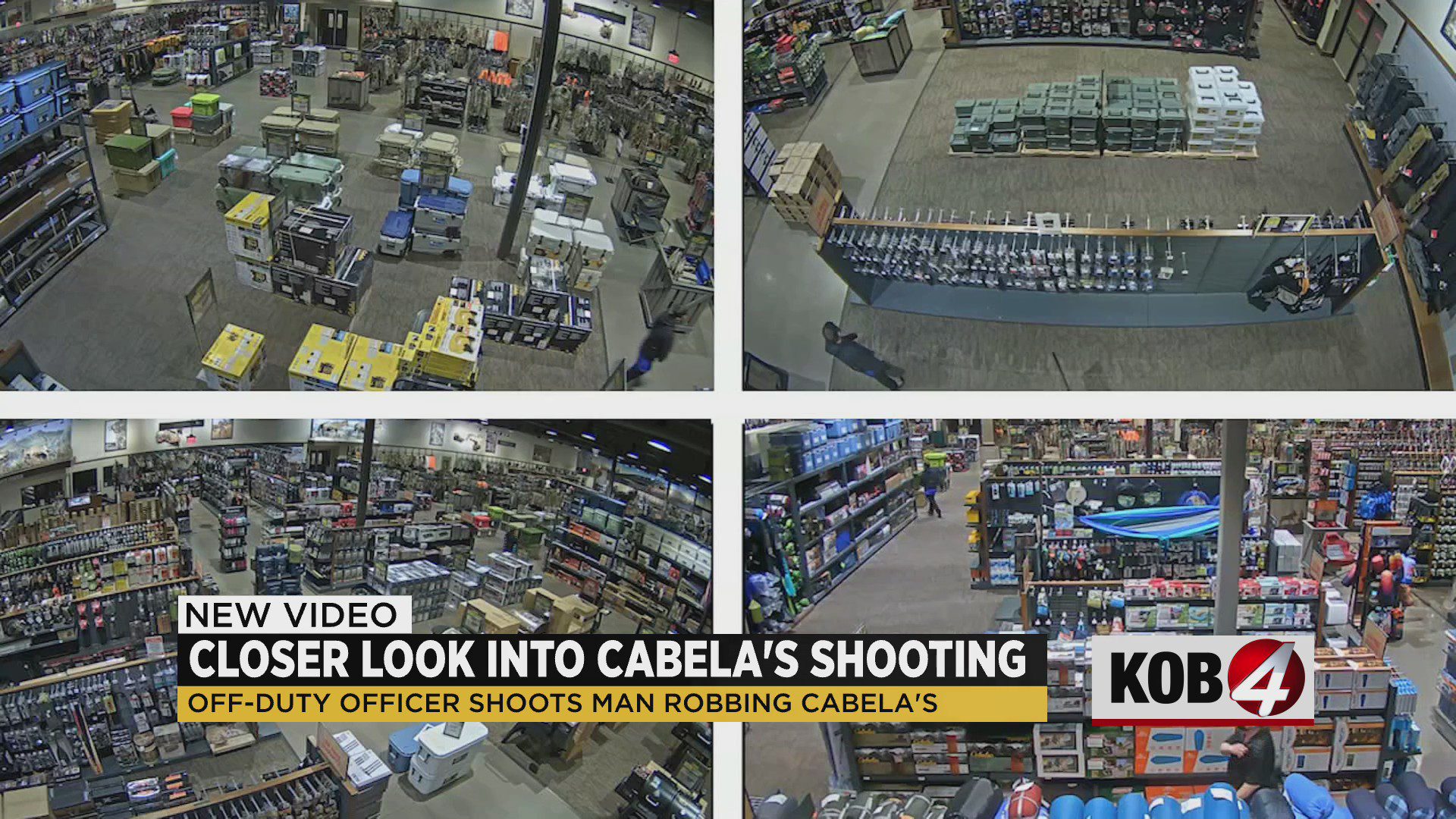 Then another camera catches a store employee approaching the teenager, and starting to escort him out.

“You could feel kind of like– something’s not right in here you know,” Ortiz told police. “I see a blue light, flashing in the front end of the store. And then you could hear some bickering upfront.”

Investigators say that’s when Velasquez pulled a gun from his waistband and pointed it at several employees.

Store cameras from multiple angles show the altercation that then ensues between Velasquez and off-duty state police officer Robert Archuleta. You can see the officer fire shots from Cabela’s front doors, after witness accounts and documents show Velasquez fired at least one round in the air.

Parking lot cameras show the teenager walking backward outside, and his friend waiting in a silver car in the parking lot.

“And he’s standing right there pointing it at the guy saying don’t move don’t move, it’s not worth it do not move,” Ortiz told investigators.

Velasquez was hit multiple times and stayed in the hospital for ten days.

Gabriel Velasquez and his friend who drove him to Cabela’s that night, Joseph Montoya, are now in jail, both facing multiple charges.